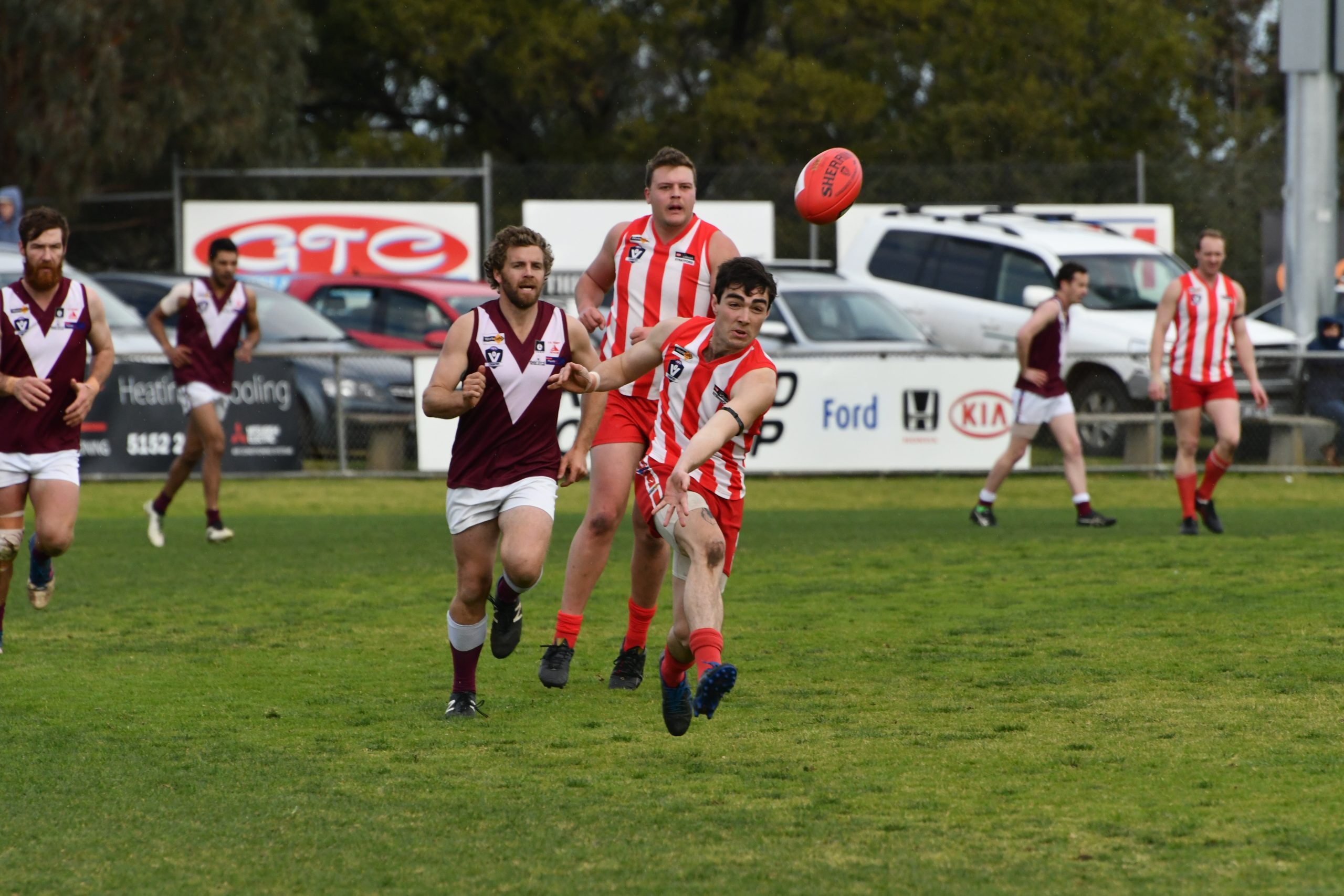 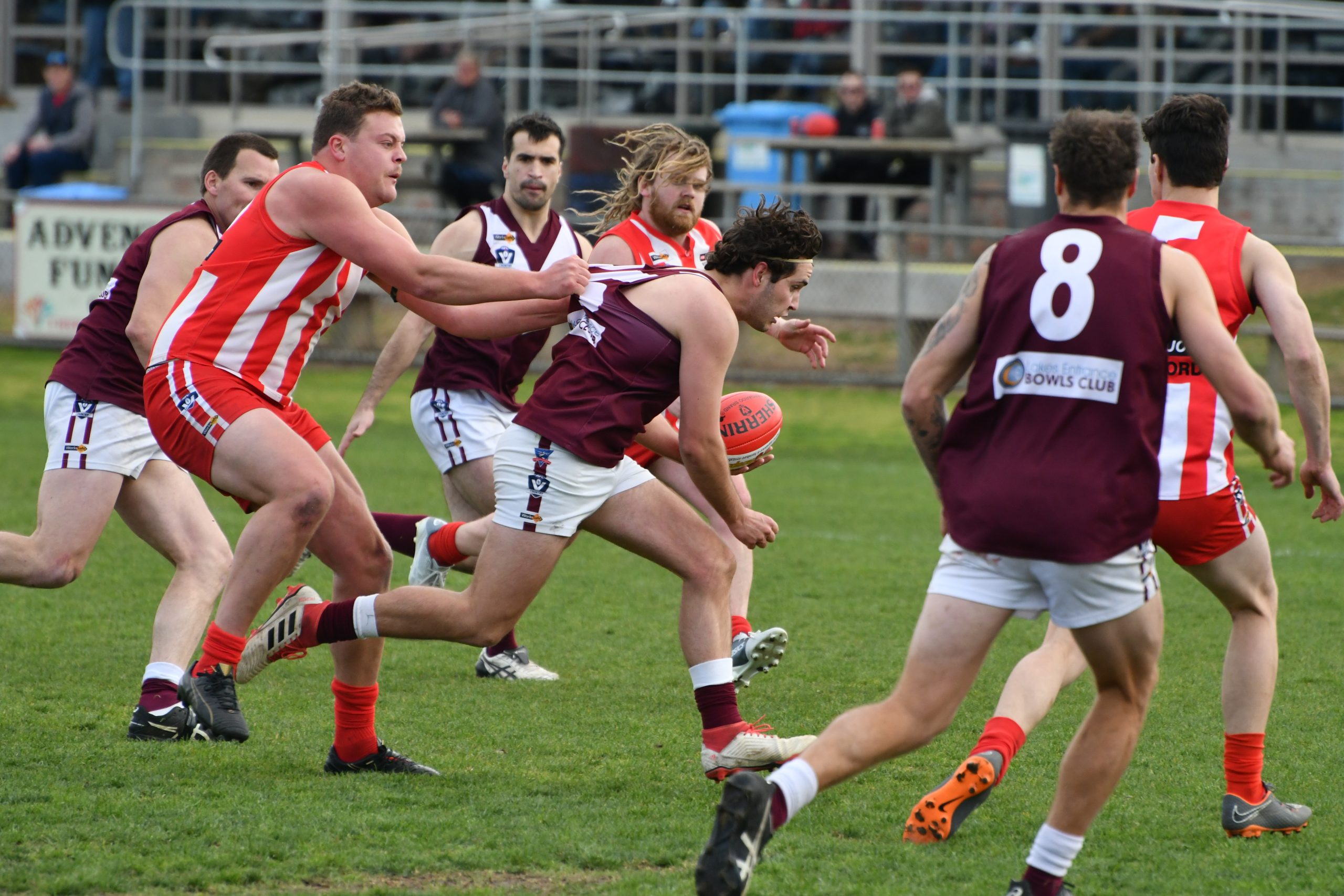 STRATFORD is through to the East Gippsland football grand final after it defeated Lakes Entrance by 68 points in wintry conditions on Saturday.

After a slow start, where inaccurate shots at goal into the wind gave Lakes a three-point margin, Stratford woke up in the second term and piled on six goals to two — both Seagulls’ goals came in the final two minutes of the quarter, one from a mark right on the siren.

From there, Stratford made the most of the slippery and freezing conditions, expertly setting up plays across the ground, especially when the wind was behind them.

In the rooms at half-time, coach Peter Morrison said he was encouraged by the teamwork and how players were following the game plan.

“This is a good situation to be in,” he said.

It was certainly a physical game, with a few injuries and 50 metre penalties on both sides.

Jack Bacon, who kicked two goals in his first match back after a shoulder injury, ran off in the third term holding his shoulder.

Zac Svetlik was best for Lakes Entrance, which was without powerhouse coach James Gibbs.

The Seagulls will face Wy Yung next weekend in the preliminary final.

More than making up for the last time the teams met, the Bombers kept Lakes Entrance scoreless for the entire second half.

The Seagulls hit the lead in the third term, as Lucknow piled on behinds.

Justin McKenna was the stand-out for Lakes, while Sam East was best for Lucknow.

The Tigers kicked three goals to three behinds in the first term and did not look back, best-on-ground Riley Taylor kicking three goals for the match.