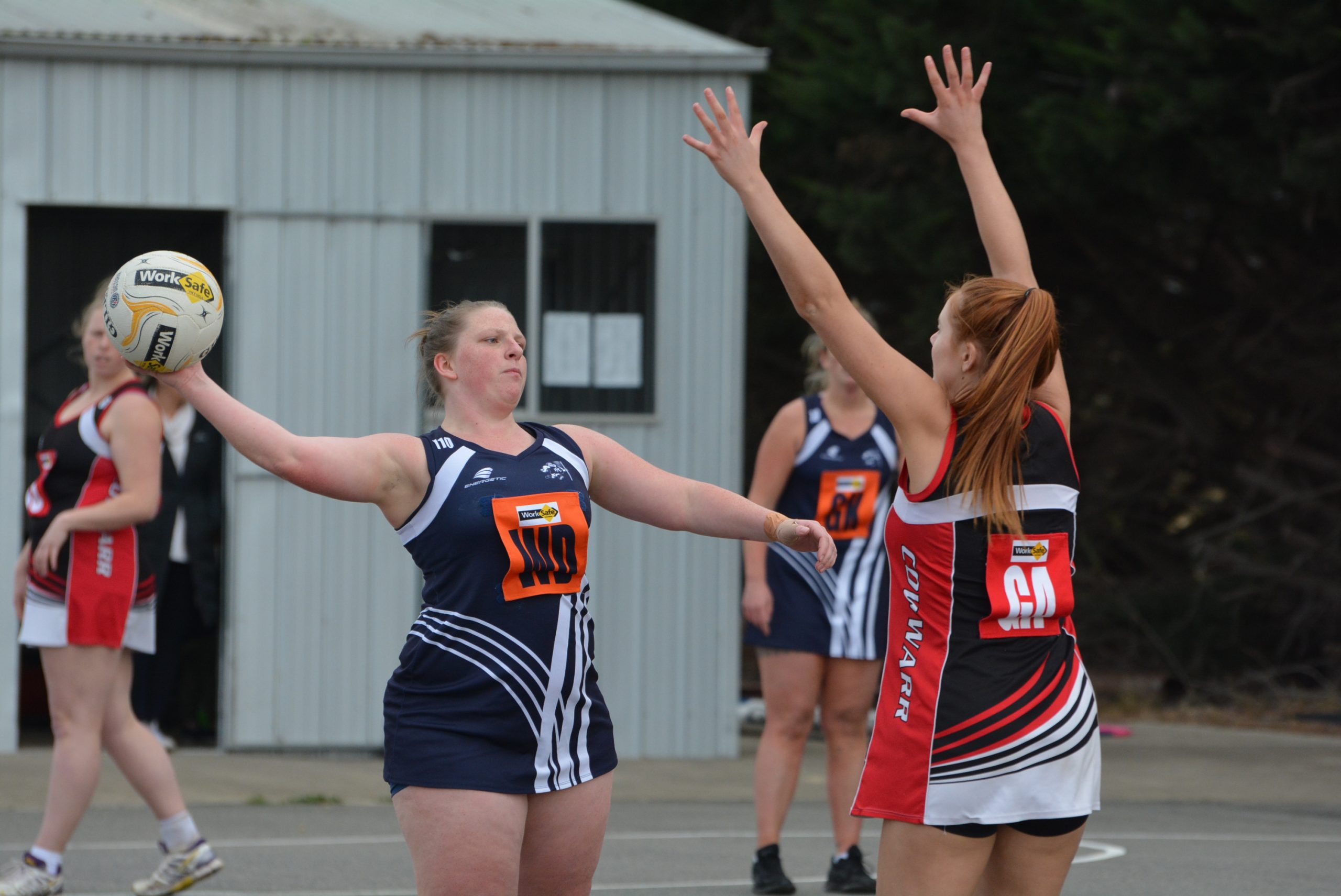 ROSEDALE will enter Saturday’s North Gippsland netball grand final as favourite, but opponent Churchill has the ability to cause an upset.

Rosedale has been the stand-out team this season. The Blues have gone through the season undefeated, with two draws their only blemishes.

One of those draws, however, came against the Cougars. Earlier the season, the Blues only defeated Cougars by one goal.

The second semi-final between the side wasn’t as close, with the Blues winning 34-28. The Cougars rebounded to defeat Heyfield by one goal in the preliminary final.

At Traralgon on Saturday, Rosedale playing for its first A grade premiership since 2015, the Cougars their first since 2012.

The Blues will be led in the midcourt by Carly Johnstone, who won the league best-and-fairest award. Johnstone will be up against Rachael Loechel, who was named captain of the league team of the year.

Churchill’s Rachelle Chapman also polled well in the best-and-fairest count and was included in the NGFNL team of year along with fellow Cougar Allison Petrou and Rosedale’s Lorelle Lowe.

Cougars co-coach Rachael Paterson believed her side had the mettle to match it with the Blues.

“Rosedale never give up. It’s always a tough match against them and they’re smart. They will work hard from the first whistle to last so for us it’s about playing four quarters of netball,” Paterson said.

“You can’t take your foot off at all with Rosedale — they are a very well-oiled machine.

“We’ve put a lot of time, effort and preparation into getting to this point so we’re really excited.”

“Churchill are a really talented side and they’ve got some fantastic speed,” she said.

“We’ve got a lot of finals experience, which is comforting, but we’ve both proven we’re talented sides, so no doubt we’ll have a physical encounter,” Scott said.

“That’s what I’m anticipating — it’ll be how the cards fall. We’re both capable of taking out the crown.”

GLENGARRY and Woodside will clash for the B grade premiership.

The Wildcats are playing for back-to-back premierships.

Grand final success would cap off a fine season for Magpie Amy King, who won the league best-and-fairest award.

The sides met in the second semi-final, with the Magpies winning 35-29 to continue their undefeated season.

The Bombers won the minor premiership, but were defeated by the Bulldogs in the second semi-final by five goals.

HEYFIELD stands between Sale City and a hat-trick of D grade premierships.

The Bulldogs finished the home-and-away season on top of the ladder, without a loss, but were defeated by the Kangaroos in the second semi-final by one goal. The Bulldogs rebounded with a strong performance last weekend against TTU.

IN the under 17s, Yarram and Heyfield will vie for the silverware.

Both sides have talent line-ups, with Heyfield led by Jas Schellen in midcourt, and Chloe Finn potent in attack for Yarram.

Yarram was the first time to defeat the Kangaroos this season, by three in the second semi-final. The Kangaroos recovered to win the preliminary final against Sale City by 10 goals.

SALE City will be looking to complete a perfect season in the under 15s, when it takes on TTU.

The Bulldogs can go into the match with some confidence, having defeated the Bombers 35-23 a fortnight ago.

YARRAM has the chance to win its first North Gippsland senior football premiership on Saturday, while also making up for the disappointment of losing last year’s grand final.

The Demons will play Churchill in the grand final at Traralgon.

The Demons were favoured to win the 2017 premiership, only to be thwarted by Sale City’s fast start.

Yarram joined the North Gippsland league from Alberton in 2014, the year of Churchill’s most recent success.

The Demons claimed a second successive minor premiership this year, with just one loss.

Yarram won both its matches against Churchill, beginning the season with a 52-point victory at home.

There was a closer the match at Churchill, with the Demons winning by seven points. The Cougars kicked four goals to one in the first term, but couldn’t sustain that effort.

Yarram and Churchill scored the most points during the home-and-away season, but the Demons have been better in defence, conceding 272 points loss. Trek Davis has played a major role down back for the Demons.

Leading Yarram in the midfield has been Griffin Underwood, who last week won a second successive league best-and-fairest award. The likes of Underwood and Chris Bruns have relished the ruckwork of Daniel Vardy, who has also been a tall option in attack.

Churchill’s Brendan Mason only finished a vote short of Underwood in the best-and-fairest count. Mason has been a star for the Cougars off half-back.

HEYFIELD will need to defeat Yarram for the first time this season if it’s going to win the reserves premiership.

The Kangaroos won the minor premiership, but only finished the home-and-away season two points ahead of Yarram. But the Demons have won all three matches against the Kangaroos this season.

The Demons had the better of the Kangaroos in the second semi-final, winning by 28 points to earn the first berth in the grand final.

The Kangaroos returned to winning form last week, defeating TTU by 50 points in the preliminary final.

Statistically, the Demons have a had the best attack and defence this season. They are the only side to have scored more than 2000 points in total, with teammates Michael Rush and Josh Swift sharing the league goal kicking award.

Josh Neille, who finished second in the league best-and-fairest, could be a key to the Kangaroos’ chances.

CHURCHILL and TTU will begin the day in the thirds grand final.

Both teams advanced to the grand final after surviving tough encounters with Glengarry.

The Cougars claimed the minor premiership, but were only a win ahead of TTU in third place.

Churchill defeated TTU in round nine, but the Bombers were the last team to defeat the Cougars, in round 18.