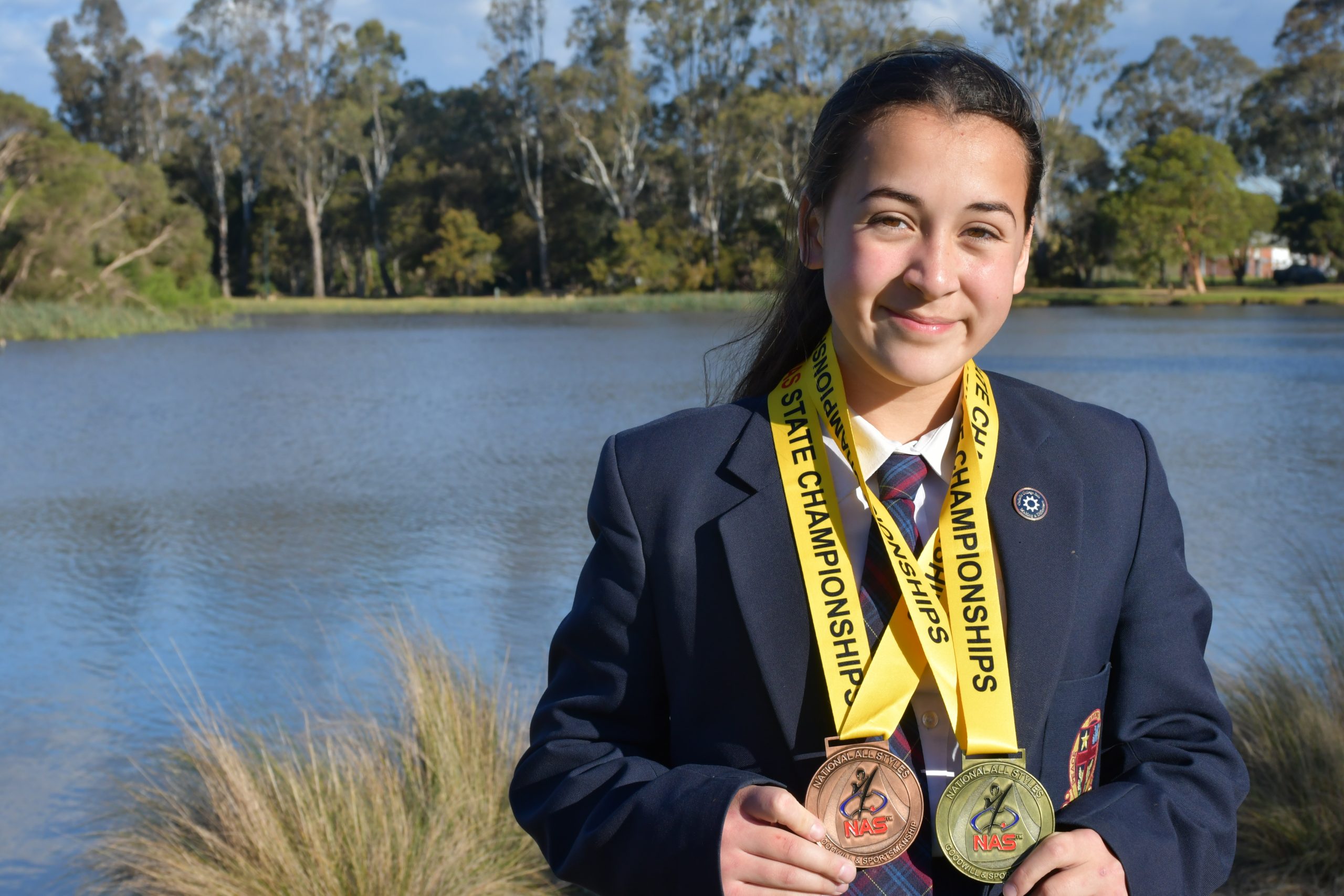 WHILE many young people study a particular form of martial arts, and some take it through to adulthood, competing across codes is a daunting task.

Sale’s Paris O’Connell, who trains at Newborough, is on her way to a brown belt in Shin Bu Kai karate, and has returned from the National All Styles state championships with a gold medal, a bronze medal, and a ticket to Queensland to take on the best in Australia.

In competition, one point is scored for each punch, two for a kick to the head, and spinning back kicks are worth three.

Often, the first sign of an opponent’s discipline is when they score a point, she said.

“You might have seen them fight and think they fight a certain way, or if they gain a point from you, you know that’s what they’re going to do.

“I won the medals in the point sparring event, I won my gold medal event at the state titles, and my third was in continuous sparring — it was really hard competition, it was the best girls in the state I had to go up against.”

O’Connell has been training in martial arts since she was four, and competing since she was nine, but with her proud dad Gav as her coach, she’s back on the circuit.

She fought well at the state qualifying rounds, including a win and a second place, and goes on to the national championships at Surfers Paradise in December.

The National All Styles competition was formed in Victoria as a way to bring all styles of martial arts together for a tournament.

It is now one of the most professional tournaments in the southern hemisphere.

For O’Connell, as well as learning discipline and confidence, it’s also lots of fun.

“I like the experience, getting to know everyone, they’re all so polite and nice, I’ve got some really good friends there,” she said.

“It’s really good being able to compete, or even just knowing how to fight — you gain a lot, it teaches you how to be respectful, and respect others, and it’s a lot of fitness.

“Sometimes you get really scared, they might be really big, (you think) you’ll never be able to beat them, but you just do.”