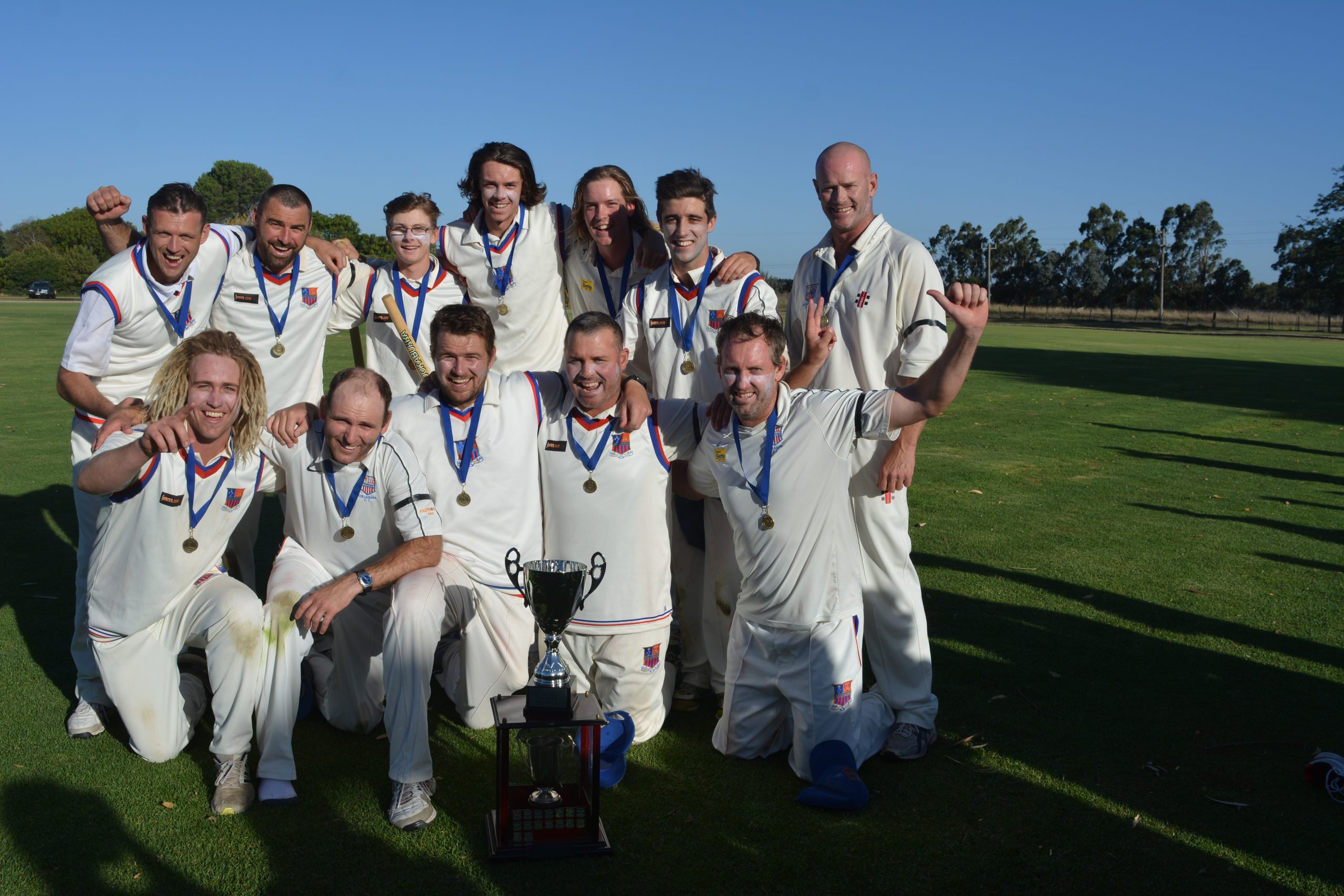 COLLEGIANS is still riding high after its back-to-back premierships.

With several quality players in the mix and plenty of juniors coming through, the focus is will be making sure everyone has an opportunity, and potentially play up a grade.

The club is working on building a new cricket ground with an Astroturf wicket, which would allow more junior participation at the College Ovals.

The family-friendly approach has been successful in the past, and the club hopes to bring in more women and girls to have a go.

SALE will continue with its policy of developing its juniors throughout the senior grades this season.

There are some exciting young players who are ready to take the next step in their development, and the club looks forward to seeing them move through to the next level.

With a blend of new players in Rohan Blandford and Tim Dessent, and the core group of younger players from last season, Sale is hoping its firsts can go one step further and seal the premiership, after going down to Collegians in the grand final.

Nathan Massey will take over the captaincy this season, and has had the players in early pre-season training and coming off some good form in their practice match.

The lower grades are looking strong, and with plenty of players joining the club, there is a possibility of a fifths side.

The club’s goals are to ensure juniors get some opportunities to play senior cricket, and continue to introduce fresh players into the firsts.

LONGFORD’S focus this year is on the development of juniors and younger players, with appointment of England cricketer Steve Parry as coach.

With his international experience for England, the Steve Parry Academy allows Longford to fast-track the development of younger players into senior cricket — this is the primary club goal for this year.

Three new cricket training nets and netball courts have been installed as part of $360,000 netball and cricket grant at Stephenson Park, and the new lighting system, installed last year, have produced some exciting night games.

The club is planning on more this season.

In the juniors, the under 16s made the semi-finals, emulating the first graders, who played finals for the first time in 20 years.

While Parry has made himself available for one-on-one coaching at the club, the Lizards will also proudly support the George Gray Centre in running specialist disability cricket programs this year.

In: Grant Thornton (Berkswell CC, UK); out: none.

MAFFRA is aiming for consistency in 2018-19, and will bring a new fast bowler to the table.

The club had three out of its four senior teams make the finals, winning the fourth grade premiership and runner-up in the seconds — this season, the Eagles hope to enter five senior teams, and bring up juniors to get some experience.

New permanent turf training nets are being planned at the Cameron Sporting Complex, which the club hopes to install before the end of this season.

The club also bought a new wicket roller and built a new shed in the off-season.

All up, competitiveness and improving on last year are the goals for the club, while offering an enjoyable environment for all its players.

STRATFORD will hope a refreshed club will bring results on the pitch.

New president Lachlan Dowd has been active in shoring up the Redbacks’ financial position and re-invigorating the social side of the club.

Four under 16s players — Ethan Albrecht, Ethan Ausrisch, Kane Russell and Seb Pendergast — are being integrated into the seniors, and the juniors are providing plenty of representative cricketers to keep an eye on.

The club is working with council and the Stratford Recreation Reserve committee to upgrade the club and changerooms at the reserve and at the Pine Lodge grounds.

Last season, Stratford was close to having all four senior sides in finals, and continuity will again be a focus.

Many players have other commitments outside the club, but the club hopes to perform well in the league’s twenty20 competition, and perhaps send another team to the Willowfest tournament in Mildura in December.

BUNDALAGUAH is investing in its coaching department, with Italy captain Gayashan Munasinghe taking the reins.

Munasinghe, 31, has played internationally since 2008, and should provide a fresh perspective for the club, which is fielding sides in the top four grades as well as juniors.

The Bulls’ junior program is paying dividends, with Jordy Rodda making the move to the Monash Tigers Premier Cricket club after several promising seasons playing for the Bundy firsts.

While numbers are strong for the juniors and seniors, the club welcomes new players, and hopes its supportive and experienced coaching and development teams will give it the edge for seasons to come.

ROSEDALE-Kilman y will be looking for a more even spread across the first grade batting line-up this season.

The Warriors are aiming to bring in some more players from England, and will focus on fielding fundamentals.

With plenty of younger players joining the club, there will also be a third grade and fifth grade team this season — some more experienced players will be joining them to keep development pathways moving.

The club’s strong juniors program has resulted in an under 16s team for the first time in many years.

A new watering system, installed by Wellington Shire Council, will keep the grounds well-maintained at Rosedale.

THE new look Boisdale-Briagolong Cricket Club is ready for season 2018-19.

A new committee, new coach, and new first grade captain will change up training, strategies, and prep work, and the seniors bench is getting deeper, with the flag-winning third graders promoted to second grade.

The Saints will field an under 16s side for the first time in many years, in addition to under 14s and under 12s, and a fourth grade side.

This year, Wellington Shire Council began redevelopment works on the facilities at Briagolong, and the club is looking forward to extending the existing building with a new function room and toilets, as well as power and lights for the training nets and a new equipment shed.

As a whole, the club is aiming to improve on last year’s performance, and get more wins in the bag for the firsts.