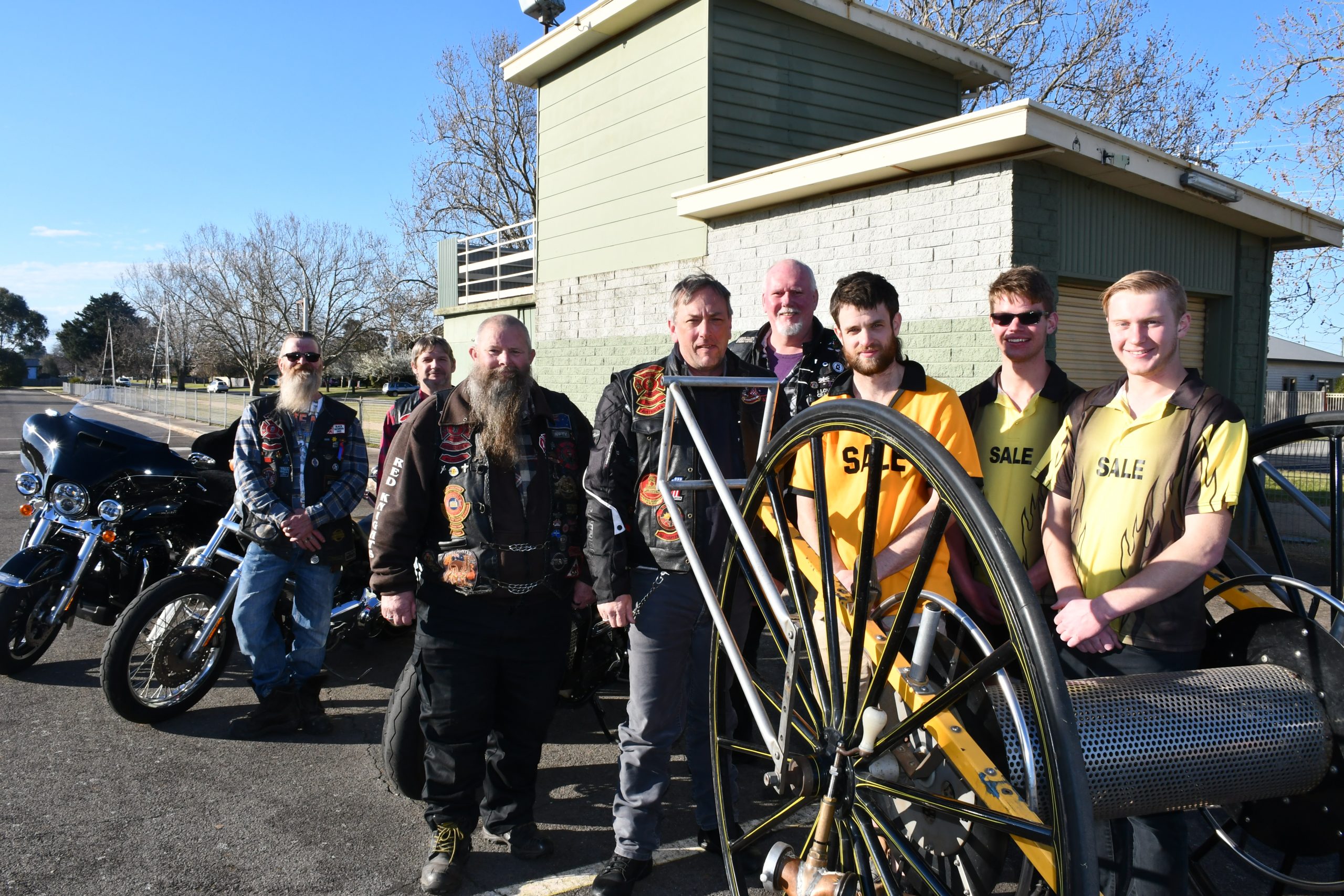 SALE will host the Eastern Districts Fire Brigade Championships in January next year.

This year, with the Sale Urban Fire Brigade winning the D grade aggregate championships, the team has been promoted to A grade.

Coordinator Matthew Monck said it was always a fun event, second only to the state championships.

“We have local competitions between Gippsland brigades, but Eastern Districts is sort of the whole eastern area, that includes outer Melbourne,” he said.

“We’re showcasing to the public the skills we have to make we put the fire out, they can see the skills we’re developing.

“As volunteers, you’re giving up your time to train and make sure your skills are maintained for firefighting, and this is another way of doing it, plus it’s a social thing, you could be meeting people you’ll be working with bigger jobs.”

The local chapter of the Red Knights motorcycle club donated $1000 to help the fire brigade prepare for the event.

The club’s Andy Young said the brigade had always helped the club, so it was good to help them as well.

“I’m a member of the Sale fire brigade and they’ve been very helpful to us over the last six or seven years, if we needed a venue to hold things or a car for a chase vehicle for toy runs,” he said.

“We’ve had this track forever, and they’ve been running events for years — it’ll help them out, they want to get bits of the track fixed.”

Monck said parts of the track need to be resealed, and concrete on the edges affected by tree roots needed work.

The event, hosted in Sale for the first time since 2005, would be something special for the town, especially the parade and marching competition at the Sale Oval.

“There’s 15 to 20 brigades expected, from anywhere east of Melbourne, and maybe a couple from other places,” he said.

“It is fiercely fought.”