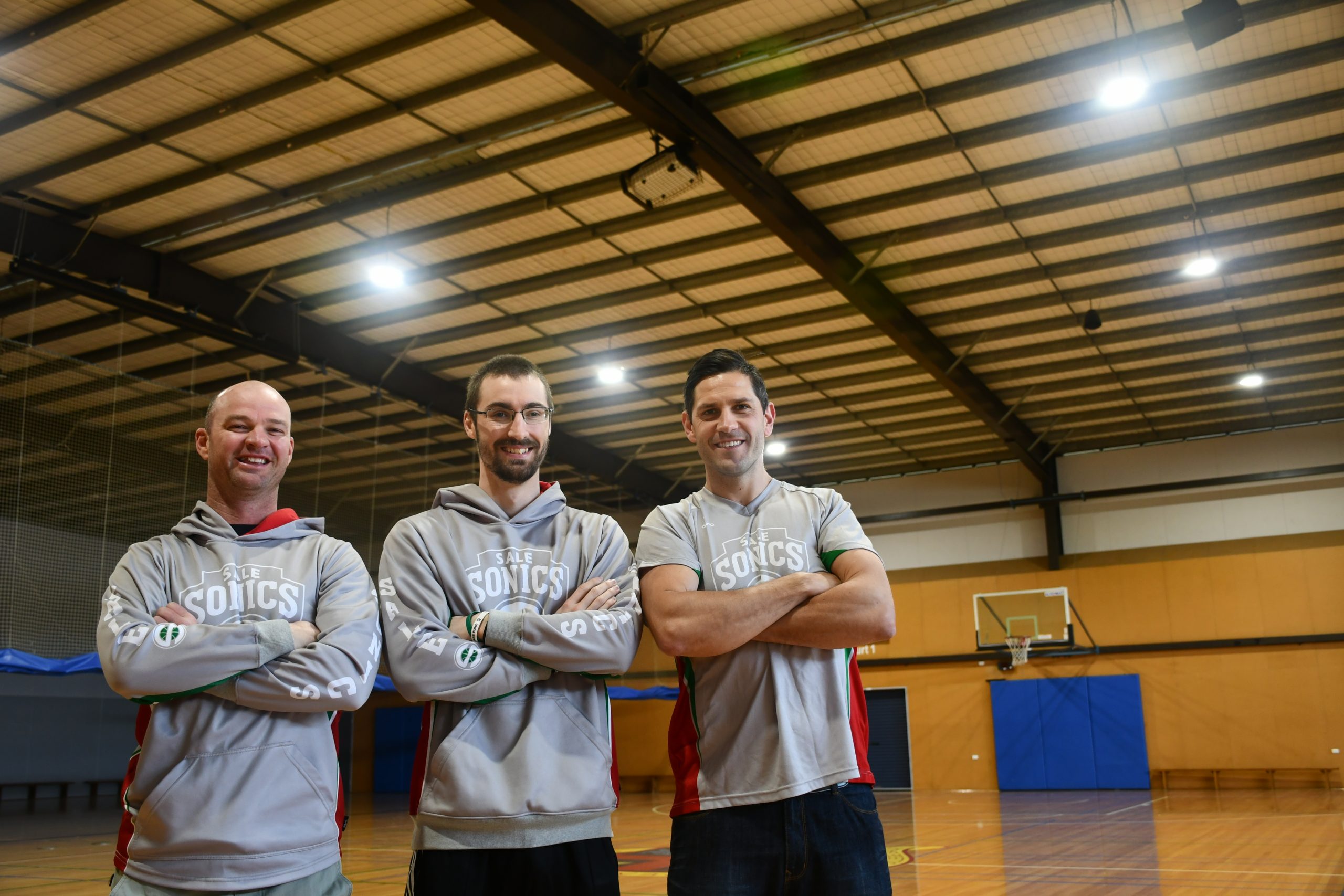 THE Country Basketball League’s Gippsland division season will begin with a blockbuster between arch-rivals Sale and Maffra on October 13.

The rivalry between Sale and Maffra is still strong, and the Sonics are supremely confident they’ll take home the Challenge Trophy next weekend.

The women’s side, in only its second year after being restarted last season, will focus on strong juniors like Indigo Waugh, according to women’s coach Josh Backway.

“It’s definitely the game you circle in the calendar, there’s no better way to start the season,” he said.

“Bringing the squad back in last season after probably 10 years, to have the numbers we’ve got, and that balance, it’s looking very good to progress from there

“It’s definitely not a one hit wonder.”

“Every team has two or three really consistent players but I think the advantage with our side is we’ll have a stronger balance,” he said.

“We might not have as many standouts but we’ll have consistency all the way through.”

As well as Waugh, Hayley Castle is another player to watch.

“She had a big season with the VJBL, with Pakenham, she played last season (for Sale) but she’ll continue on and have a bigger role here this year,” Backway said.

“Last year, it was the first season for a lot of the girls playing at this level, so they’ve had the experience now, they’re a bit more used to it.”

For the men’s side, coach Mem Bektas is very keen to hit the court after being sidelined for two years.

“It’s the first time in two years I’m not nursing an injury, every year I’ve been on one leg, or half a leg, so this is exciting for myself,” he said, grinning.

“I think as a team we’re looking fitter and healthier than last year.”

As well as veterans like Billy Hughes and Andrew Centra, Bektas said there was a lot to look forward to.

“Luke Williams is going to be our starting point guard, so it’s good to see — he’s still 17, he started with us at 15, and he’s grown and gotten more mature, he’s learnt from guards like Ben Dessent and Billy Hughes,” he said.

“Seb Fontaine’s coming back from the Valley, he lives in Moe and he’s coming to play for Sale, and he’s played for Latrobe Energy.”

Ruling out injuries, Bektas is confident his men can finish in the top four this year.

“We’ve got some bigs that can pass the ball and shoot, and we’ve also got a really good shooting team, but when it comes to height we’ll be one of the shorter teams in the league,” he said.

“We’ll be looking at an up-and-down kind of pace to wear other teams down, and run over the top of them in the fourth quarter.”

Sale’s home games will be played at the Bishop Phelan stadium this year, as the Gippsland Regional Sports Complex’s courts are upgraded.

Wilson said he was very thankful to Catholic College Sale for allowing the team to play there, and all three coaches said they hoped big crowd would come out to show their support.

MAFFRA will be celebrating 60 years, and new men’s coach Kaleb Sclater is hoping for a big turnout, especially from past players and members.

In the men’s side, which went down in the semi-final to Moe last year, Sam Whelan is the player to watch, after having a solid season with Eltham in the Big V competiton, finishing in the grand final.

“This year we are focusing on being a real disciplined team, and that’s with the way we play on offense and defense but also our mindset,” he said.

“2018-19 will be more of a modern up-tempo pace which will start from the defensive end, so (we’ll) focus hard on defense.

“It’s a whole new system of play that will be exciting.”

While injuries have affected the men’s side, including MVP Blake Gallatly, who fell to an Achilles injury in the semi-final last year, younger players like Floyd Fulton and Mitch Marchesi are developing well and should make their mark.

Andrew Quirk, who missed most of last season with an ACL injury, will be returning, as will Braedon Kemp and Ben Brunt, while regulars like Bill Pleming and James Whelan will also be crucial once again.

“Our goals for the season are to continue to grow and improve, and create a club and a culture that everyone envies,” Sclater added.

“The new system is being implemented from seniors all the way down the juniors, so the transition from juniors through to our senior program will have a flow-on effect so we have success for years to come.”

Maffra’s women also made the semi-finals last year, and coach Tracy McConnell-Henry, in her second year as coach, said a top-two finish is the goal this year.

“Last season was building the base and injecting my philosophy and building a strong team culture, we really want to then leverage off that this year,” she said.

“We’re very young, Jaz Allman is our oldest player at 22, and we only have one player older than 20, so we’re looking for big improvements as it’s only the second year for many players in the CBL.

“We’re hoping they step up.”

All eyes will be on club best and fairest Allman and runner-up Coco Henry, the club’s two leading scorers last year.

“They’ve both played division one Big V and they’ve both been youth player of the year nominees,” McConnell-Henry said.

“Despite their youth, they lead us on and off the court.”

There will also be leadership opportunities, as veteran Julie Foat has retired.

“(She’s) hung up the boots sadly, so we’ll miss her experience,” she said.

“We’re looking for other players, it’s a big opportunity for them to step up and take that mantle.”

The first round will be extra-competitive, she added.

“We beat (Sale) in both games last year, given the closeness of the rivalry, it’s really anyone’s game,” she said.