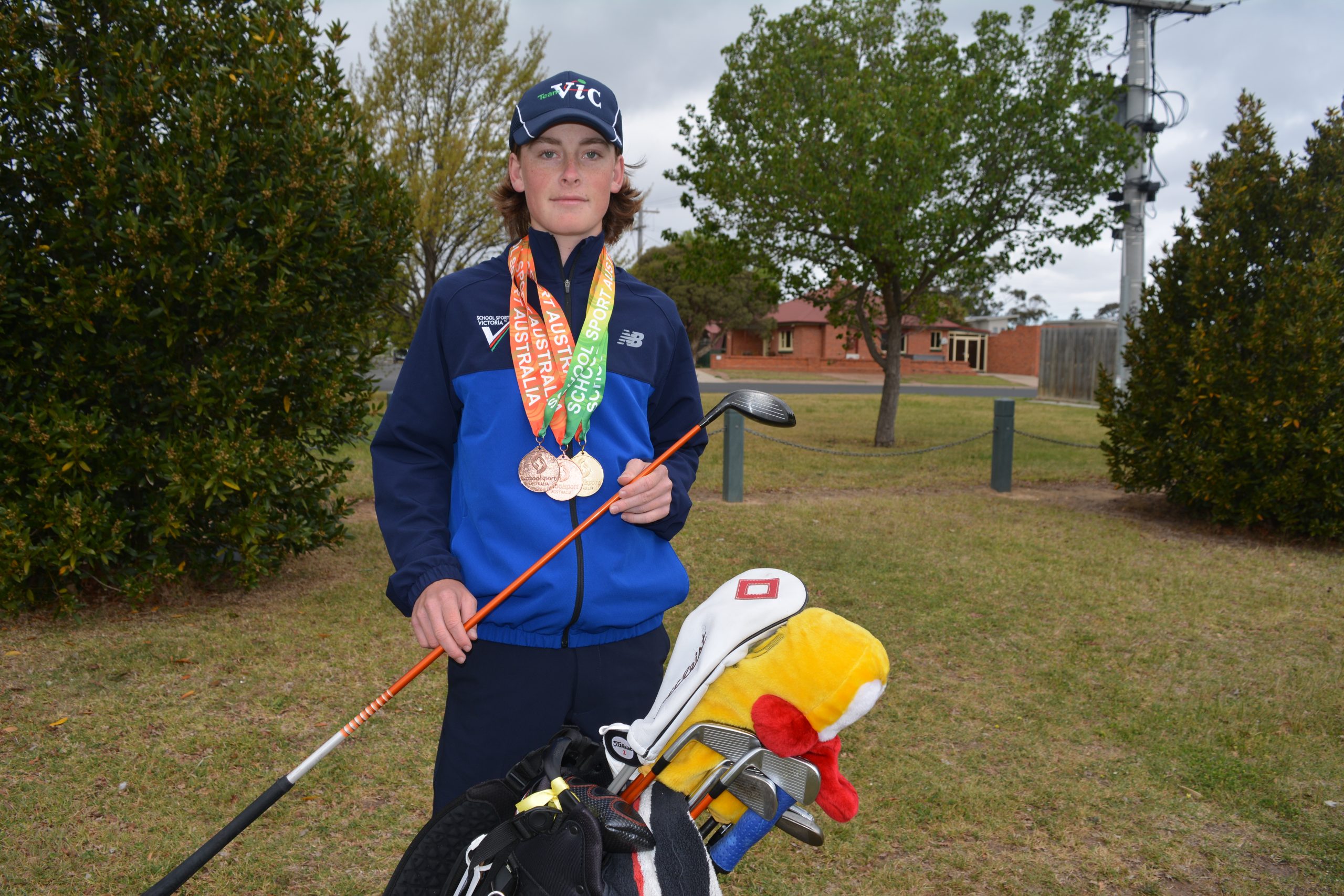 SIXTEEN-YEAR-OLD Sale golfer Levi Sclater has been a regular in state junior golf teams since playing in the under 11 team five years ago.

This year, Levi was in the Victorian under 17 team which won medals at the national championships at Coffs Harbour, New South Wales.

Cole’s tips and coaching must have paid off as the Victorian team of six girls and six boys won gold medals in the 36-hole scratch event at the Bonville Golf Resort, then followed up with bronze medals after three days of matchplay at the Coffs Harbour Golf Club.

Levi has a good all-round game, and is consistently hitting good scores, giving much of the credit to Maffra professional Trevor Pridmore, who has been coaching Levi since he was nine years old.

Levi, a bottom age player in the state under 17 team, will play at this level again next season. After that, he will have to play amateur events and build up ranking points if he is to make the next step to professional golf, but realises the path ahead will take a lot of hard work.