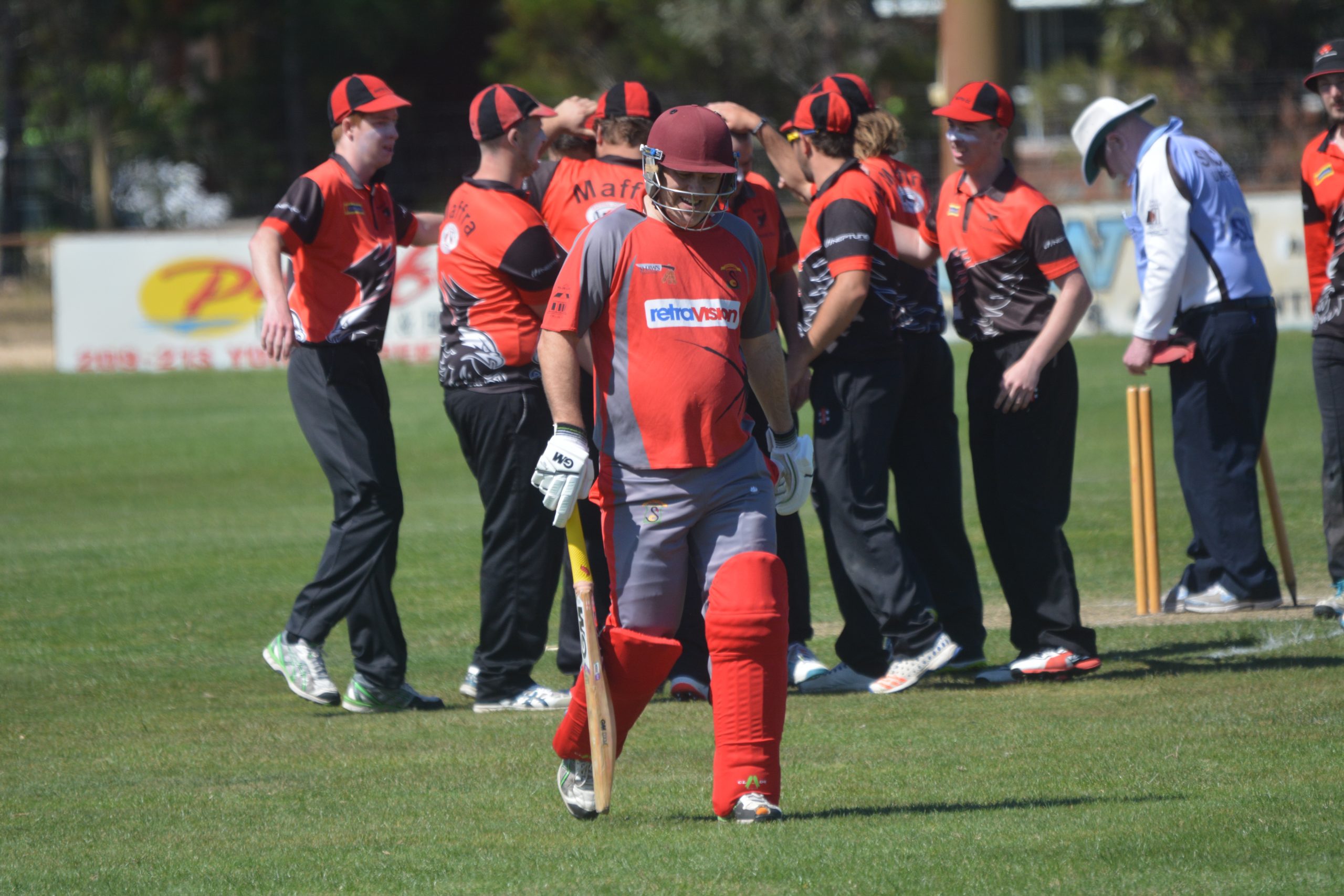 MAFFRA opened its account for the Sale-Maffra cricket season with a win at Stratford on Saturday.

The Eagles passed the Redbacks 8-157 with seven wickets in hand.

Opener Sam Anstee batted for most of the Stratford innings, scoring 70 before being caught of the bowling of Heath Shingles.

Dylan Bolton put on 78 for the first wicket with Anstee before being bowled by Josh Davis for 26. Davis had a second wicket soon after, when he bowled Lewis Bolton.

The Redbacks were unable to form another sizeable partnership, but 157 was still defendable.

Davis sent down eight overs for his 2-12, while Shingled claimed 2-24.

After losing Shingles without a score on the board, Nick Wozniak and Lee Hopkins combined for a 54-run second wicket partnership.

After Wozniak was bowled by Jack Rietschel for 22, Hopkins was joined by Davis, together they added 97 runs.

Hopkins was dismissed for 91, caught by Bolton off the Jake Rietschel’s bowling, within sight of victory.

The Eagles added the required seven runs to win, finishing on 3-167 after

BOISDALE-BRIAGOLONG scored the highest total of the round in its victory over Longford.

Jordan Price top-scored for the Saints with 72, while Jack Wrigglesworth made 60, Toby Leeds 33 and Mick Roberts 24.

Sam Baugh was the pick of the Longford bowlers, taking 3-35, while Calum Jackson took 2-46.

The Lizards were solid in reply, but didn’t threaten the Saints. William Cook scored 34, Baugh 31 not out, Albert Grieve 28 and Mat Johns 20.

The Lizards only lost four wickets, with Roberts claiming 2-29 for the Saints.