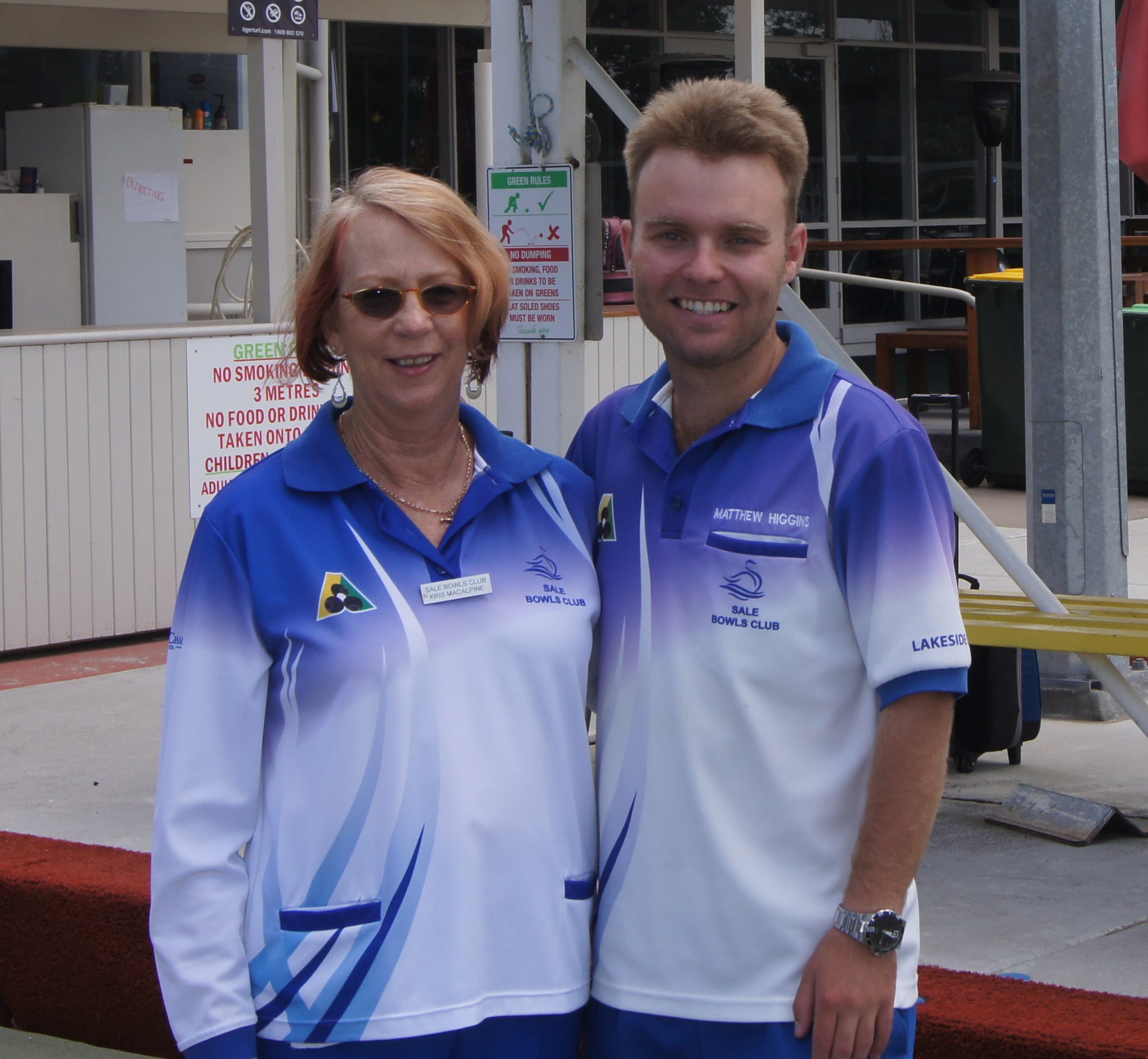 After winning at Stratford, Higgins and McAlpine will play in the Gippsland region final in February.

Higgins and McAlpine defeated the composite pair of Bill Lynch and Jan Morton 15 shots to 12 in the semi-final, before overcoming Stratford’s Terry and Margaret Robbins 21-12 in the final.

ON Wednesday, also at Stratford, the Gippsland region over 60 finals were played between the North Gippsland and East Gippsland winners.

The men’s singles was a tight contest between Keith Sargison (Stratford) and Tommy Rowe (Lakes Entrance), with Rowe prevailing 21-17.

The women’s pairs had Heyfield’s Jan Morton teaming up with Sale’s Marge Sceney to defeat the Orbost combination of Karen Chenney and Robyn Kellow 17-10.

In the men’s pairs, the Stratford duo of Des Phillips and Dennis Young was too strong for Ron McKay and Paul Darling (Lakes Entrance), running out a 21-7 winner.

The winning teams will compete in the state final at Frankston from December 12 to 14.

Gould defeated West Sale’s Brian Hughes 21-10 in the final, booking him a spot in the Gippsland final, to be played at Maffra on December 2.

THE women’s novice singles will be played at Wurruk on Thursday, with Lyn O’Brien (Maffra) playing Julie Simic (Sale), and Leonie Flynn (Heyfield) taking on Annette Anderson (Maffra) in the semi-finals from 9.15am.

THE final of the North Gippsland men’s triples will be played on Sunday at Sale.

The Sale team of Matt Higgins, Ivan Woods and Ray Kennedy will play the composite team of Keith Sargison, Lester Merlo and Geoff Stobie from 9.15am.

The preliminary rounds were played on Sunday.