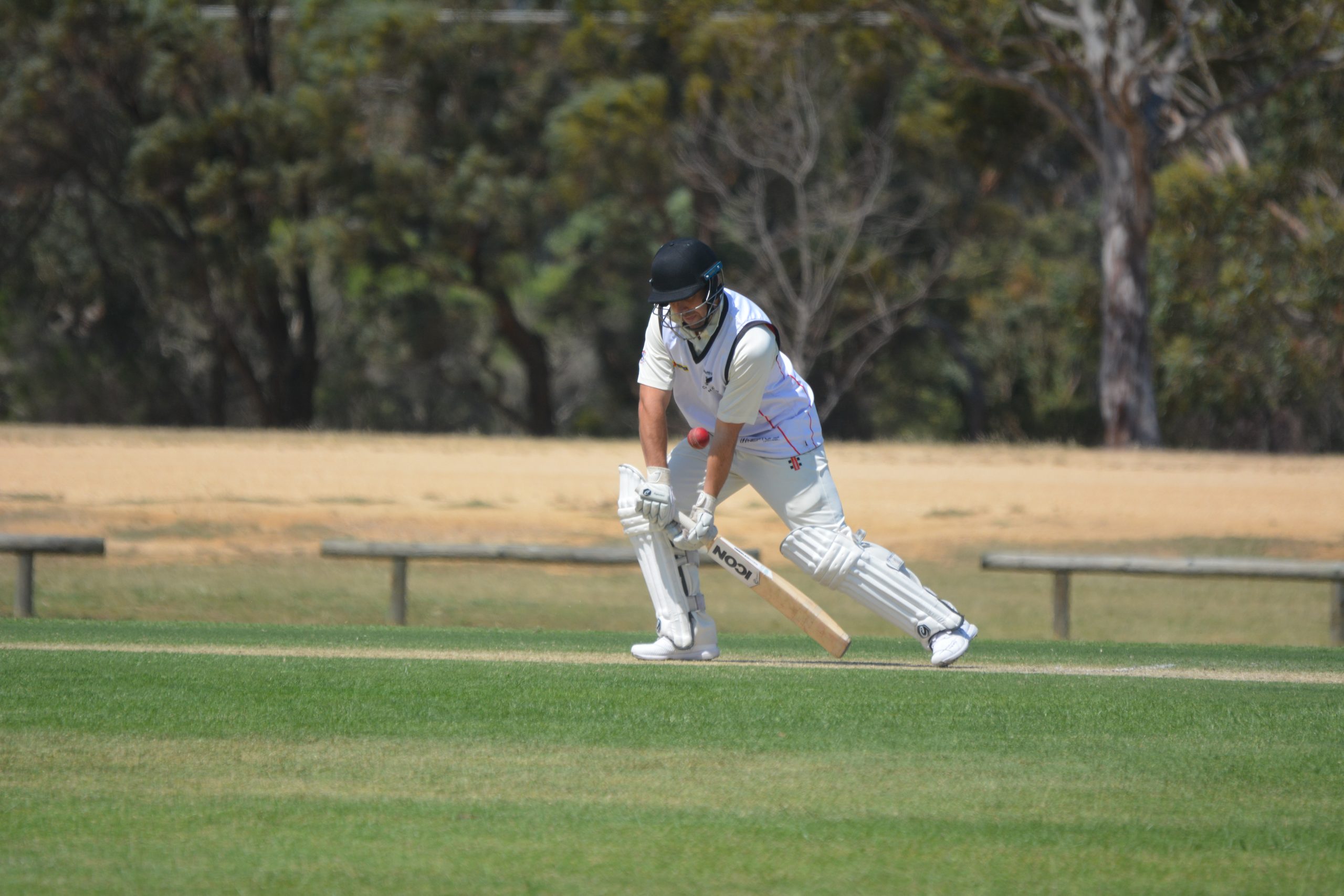 WITH six points separating the top four teams on the Sale-Maffra cricket ladder and the bottom four, the fifth round match between Sale and Boisdale-Briagolong has some importance.

Each with one win and a draw to begin the season, Boisdale-Briagolong is in fifth place, narrowly ahead of Sale in sixth.

With fourth-placed Maffra to play ladder leader Collegians, the winner of the match at Sale Oval could move into the top four at the end of the two-day round.

While they failed to bat out their overs, the Swans last round overcame Maffra. Rohan Blandford helped the Swans set a competitive target for the Eagles, scoring 91.

Led by Ben Jones and Matt Raidal, the Swans’ bowlers claimed regular wickets to see them win by 38 runs.

Positives from the loss were the contribution of the Saints’ bowlers, with seven taking at least one wicket, and captain Toby Leeds scoring 81, taking his average this season to 104.

BUOYED by an outright victory which pushed it to first place, Collegians will host Maffra.

The previous week, Morrison scored 79 as College set-up its outright win with a total of 351.

Zach Hurley has begun the season well, even if his scores of 74 and 86 were separated by a duck in round two.

Collegians should receive a tougher test from Maffra.

The Eagles’ bid for victory against Sale was hindered by the regular loss of wickets. They will need solid partnerships if they’re going to overcome the reigning premiers.

LONGFORD will look to lift at home against Rosedale-Kilmany.

While it was always going to be hard to pass Collegians’ 351, getting bowled out for just 79 was disappointing for the Lizards.

Albert Grieve scored 52 in the second innings, but didn’t get enough support to avoid outright defeat.

Sam Baugh and Calum Jackson have toiled away with the ball for the Lizards, and have been rewarded by taking 12 and nine wickets respectively this season.

The Lizards aren’t without their chances against Rosedale-Kilmany, which overcame a couple of stumbles to defeat Stratford.

Chasing 119 to win, the Warriors lost three wickets in the 70s and their eighth and ninth with the score at 104.

Batsmen got starts but couldn’t go on and make a big score to ensure a more comfortable victory.

UNDEFEATED Bundalaguah will head to Stratford, with the Redbacks seeking their first win since round one.

The Bulls dodged a bullet against Boisdale-Briagolong last Saturday — their final wicket partnership saw them score the required 39 runs to win.

The ability to win from such a position should give the Bulls some confidence.

While Stratford only made 118 against RK, its bowlers fought back, having the Warriors 9-104, but couldn’t get the 10th wicket the Redbacks required.

Another good performance with the ball by Stratford will put the Bulls under pressure, especially if its batsmen can post a decent total.