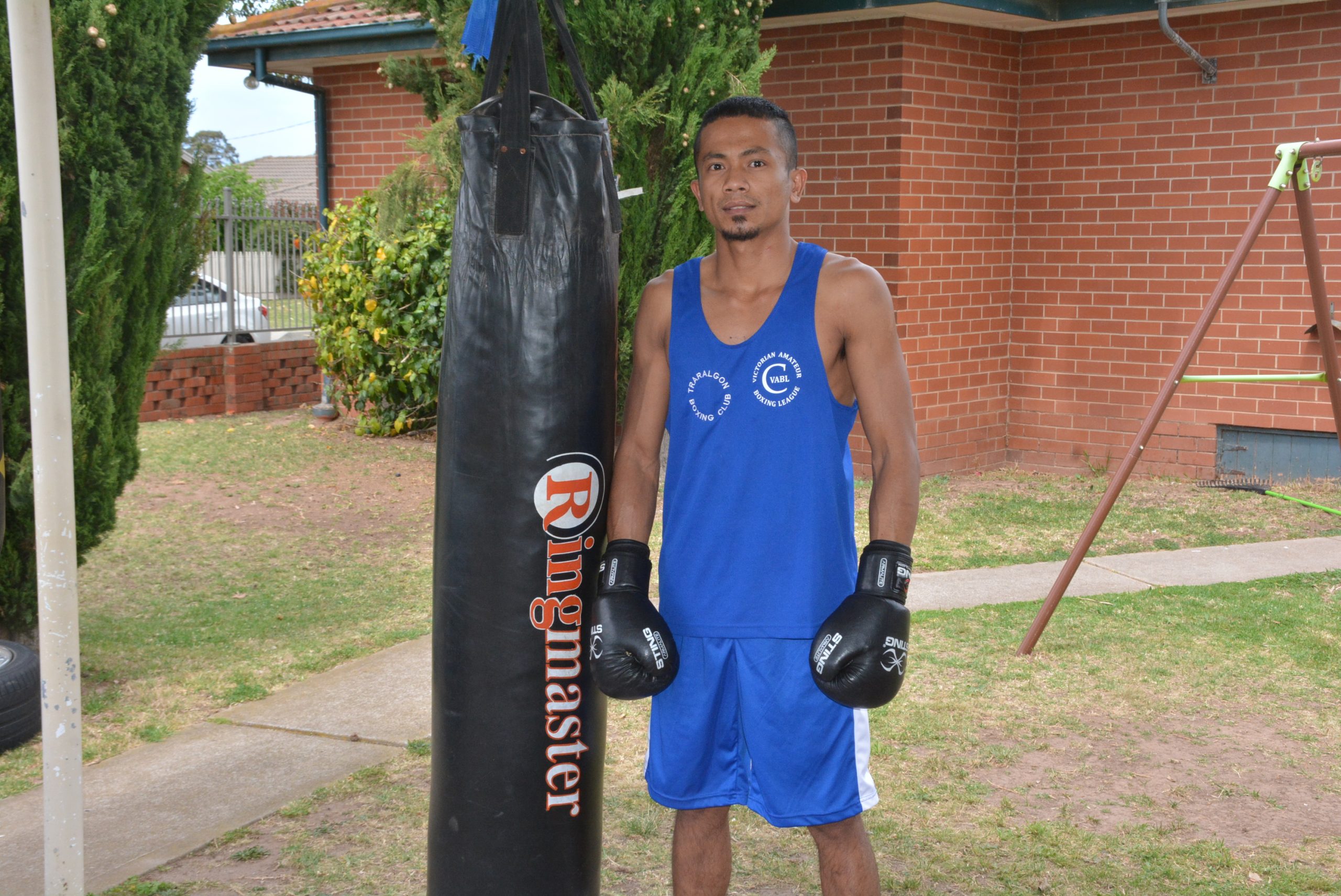 SALE resident Jhon Cortejos will take part in the national boxing championships next month, after winning his regional bout in the superlight welterweight division.

After competing in Melbourne for a number of years, the 27-year-old moved to the Wellington Shire for work reasons, before getting in touch with the Traralgon Boxing Club.

“I needed to find a club that took part in competitions, so I messaged Traralgon through Facebook and went from there,” he said.

Having been boxing since he was 13, Cortejos took all before him in the regional championships held in Doncaster, where he overcame a nervous start to eventually be crowned Victorian champion.

“I was in survival mode for the first fight but was more relaxed after that,” Cortejos explained.

With some MMA skill sets also in his repertoire, Cortejos said he usually wins most of his fights by decision and was luckily untouched by injury.

His coach at Traralgon, Craig Morris, said Cortejos had improved his fitness markedly since arriving at the club, and thoroughly deserved his success.

“He is very dedicated and does a lot of work outside of training in his own time,” Morris said.

The national championships will take place in Tasmania, with Cortejos holding high hopes of progressing through the ranks.

“I would like to become a professional one day so if I do well at the nationals we will see what happens from there,” he said.