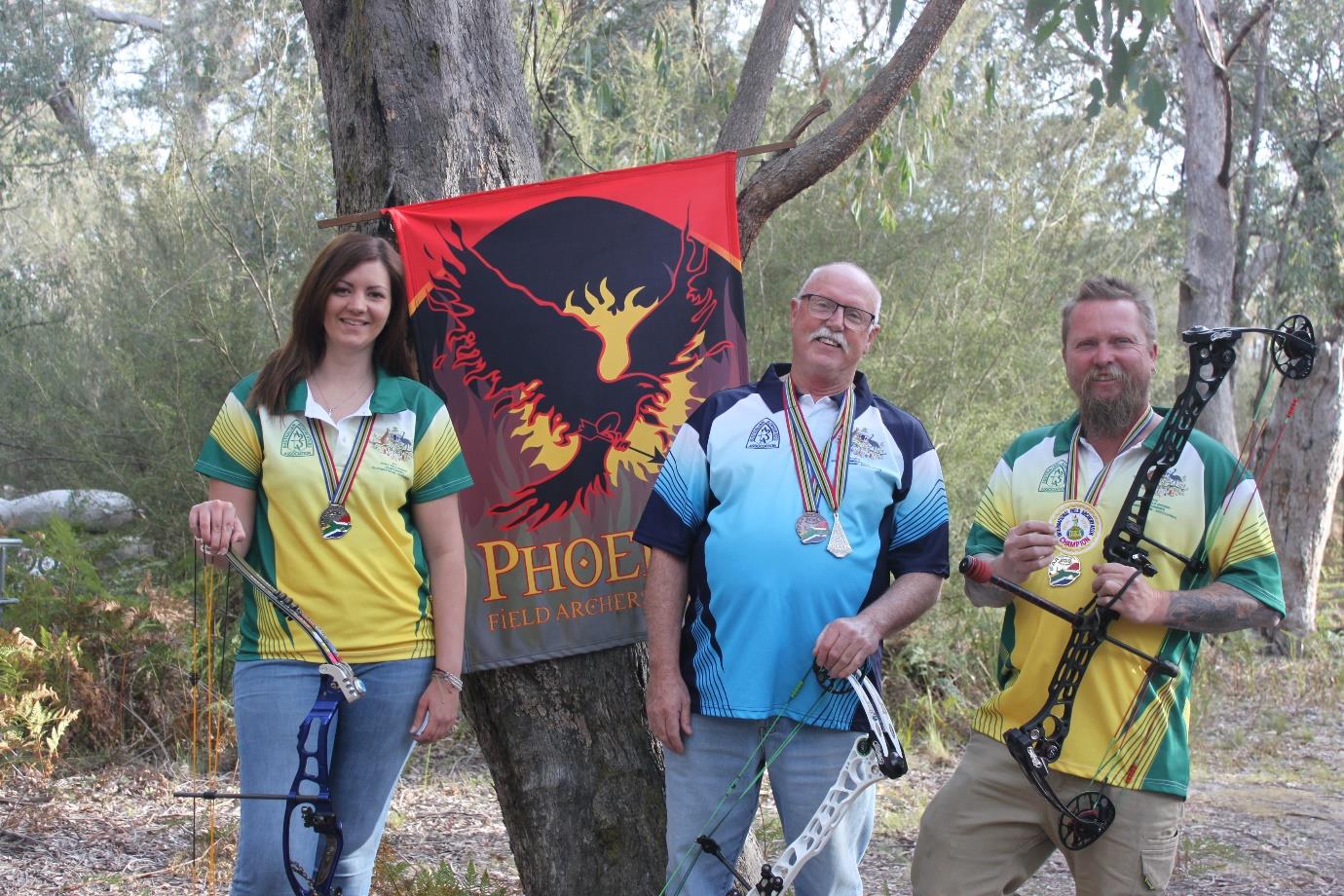 FOUR members of the Phoenix Field Archers of Sale competed at the world titles last month, with one crowned champion of their division.

The local contingent was among Australia’s 34 which headed to the event, held outside of Potschefstroom, South Africa. Competitors from 23 countries took part.

Steve Barratt was chosen to represent Australia on the champion of nations team, consisting of seven selected archers.

Barratt took out the bronze medal in the individual event, while the Australians brought home silver after coming a close second to England.

Jay Podubinski, having only been doing the sport for two and a half years, took out the gold medal for the men’s bowhunter compound. Podubinski shot consistently for the five days of the competition, amidst other A grade archers.

Rachel Joy took silver in the women’s bowhunter compound division. In formidable 38 degree heat, with little shade for up to seven hours a day, competitors walked between seven and 12 kilometres around the course.

Archery is a sport for all ages and all abilities, and the Phoenix Field Archers of Sale are inviting the public to try the sport.

The club has qualified coaches to help new archers, even if they wish to take up the sport as a hobby.

The club’s facility at Longford has three courses and 28 targets surrounded by a bush setting, club rooms and amenities.