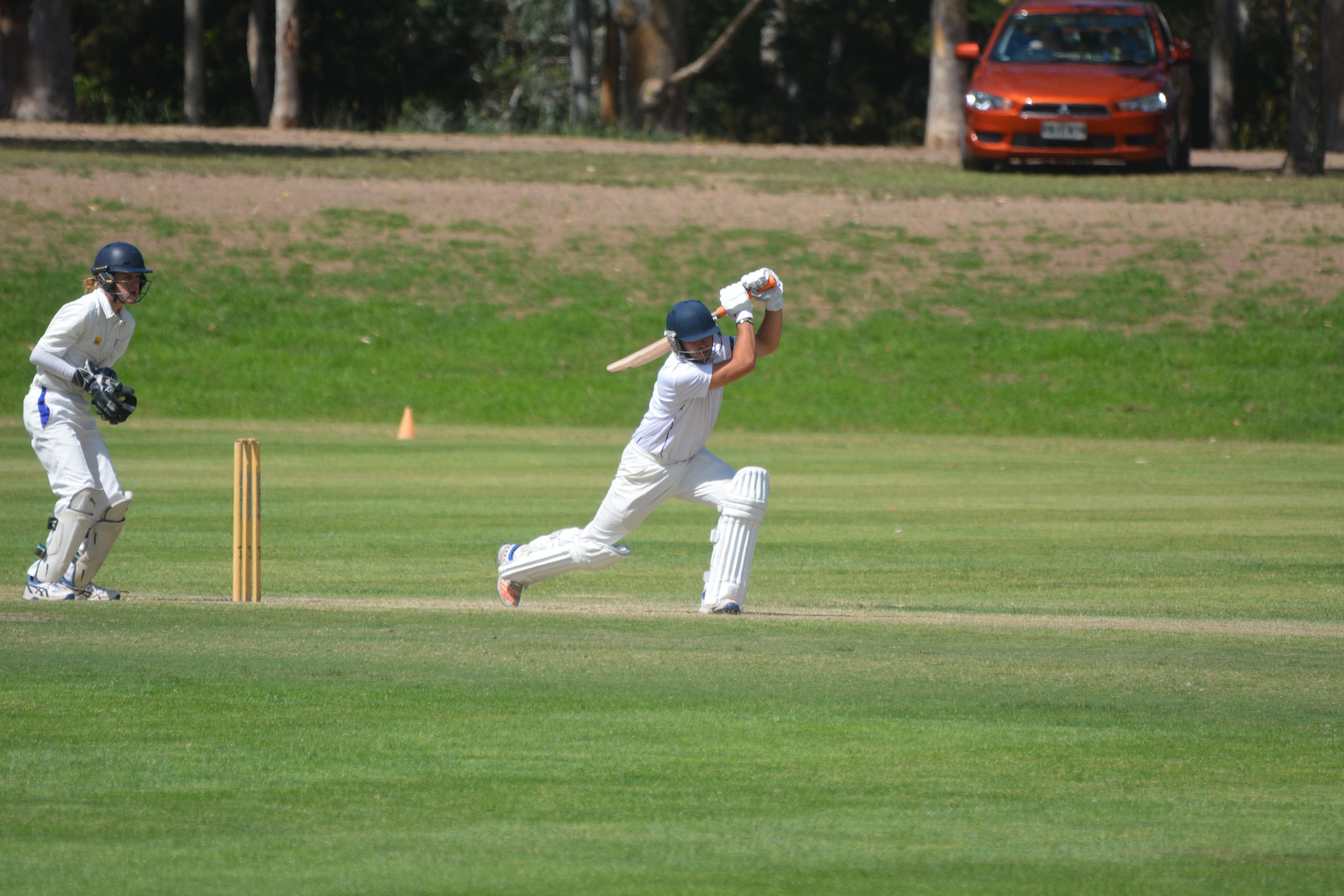 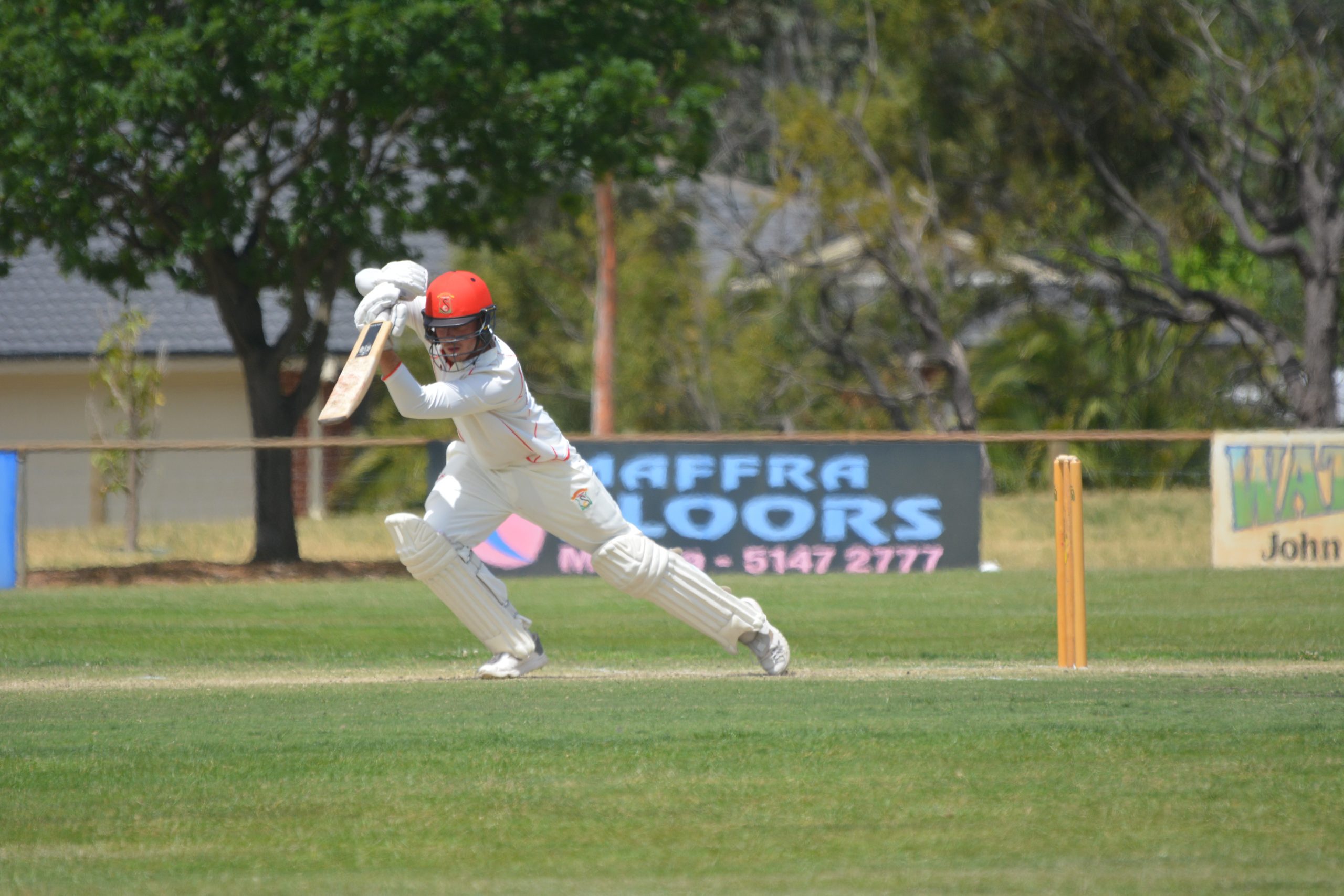 THE first losses of the Sale-Maffra cricket season were inflicted on Collegians and Bundalaguah on Saturday.

Collegians’ loss to Maffra was more amazing, considering the Eagles chased down the host’s 312.

The Maffra batsmen did what was required, compiling solid partnerships to finish the day 7-320.

The stand-out was Lee Hopkins, who scored 105 off 143 balls. Hopkins and captain Josh Davis combined for a third wicket partnership of 68 runs, which ended when Davis was bowled by Charlie Morrison for 59.

Josh Rurawhe and Grant Thornton later helped Hopkins push the Eagles to victory. With the visitors a run in front, Hopkins was caught by Zac Hurley off Morrison’s bowling.

Hurley took another catch soon after, dismissing Thornton for 64, this time Jack Tatterson was the bowler.

Nathan Magnuson (45) and Heath Shingles (18) provided the Maffra innings with a good start with their 41-run opening partnership.

Morrison took 3-53 and Stuart Anderson 2-45 for Collegians, which remains on top of the ladder despite the loss.

Maffra maintained a four-point gap between fourth and fifth places on the ladder with its victory.

After the Bulls made 186 the previous week, a score the Redbacks passed eight wickets down.

Stratford struggled to get a solid partnership early as Gayashan Munsinghe, Cloete Buitendag and Jake Wynd claimed top order wickets for the Bulls.

Coming together at 4-52, Lewis Bolton and Nathan Pollard took the score to 86, when the former was trapped in front of his stumps by Munsinghe for 29.

Dylan Bolton then joined Pollard for a 35-run stand, which ended when Sam Tudor dismissed Bolton leg before wicket for 20.

Pollard remained steady, but when Simon Williams was caught off Buitendag’s bowling for 17, the Redbacks were 8-158, requiring another 29 runs to win.

With support from Ethan Albreacht, Pollard saw the Redbacks to victory, finishing unbeaten on 68 as the home side scored 8-198.

Buitendag and Wynd both claimed three wickets for Bundalaguah.

Captain Mat Johns top-scored with 50, and put on 65 runs for the second wicket with Albert Grieve (38) to give the Lizards a shot at winning.

When Steve Parry was run-out for 26, the Lizards were 5-126, but only added 15 more runs as Rowley’s hat-trick ripped about the bottom order.

All three victims of Rowley’s hattrick were bowled as he finished with 5-36 from 13 overs.

Nitilaksh Prasad scored 14, and was the final Longford wicket to fall, Cameron Freshwater’s second of the day.

With the Warriors needing to bat an over to reach the minimum number before play could end, Rohan Diamond scored four runs before stumps were pulled.

SALE was too good at home for Boisdale-Briagolong.

The Swans passed the Saints’ 163 with five wickets in hand.

Blandford and Dessent led the Swans on their way, with a 65-run opening stand before solid contributions from their teammates help the side win.

Jack and Tom Wrigglesworth and Mitch Leeds each collected two wickets for the Saints.