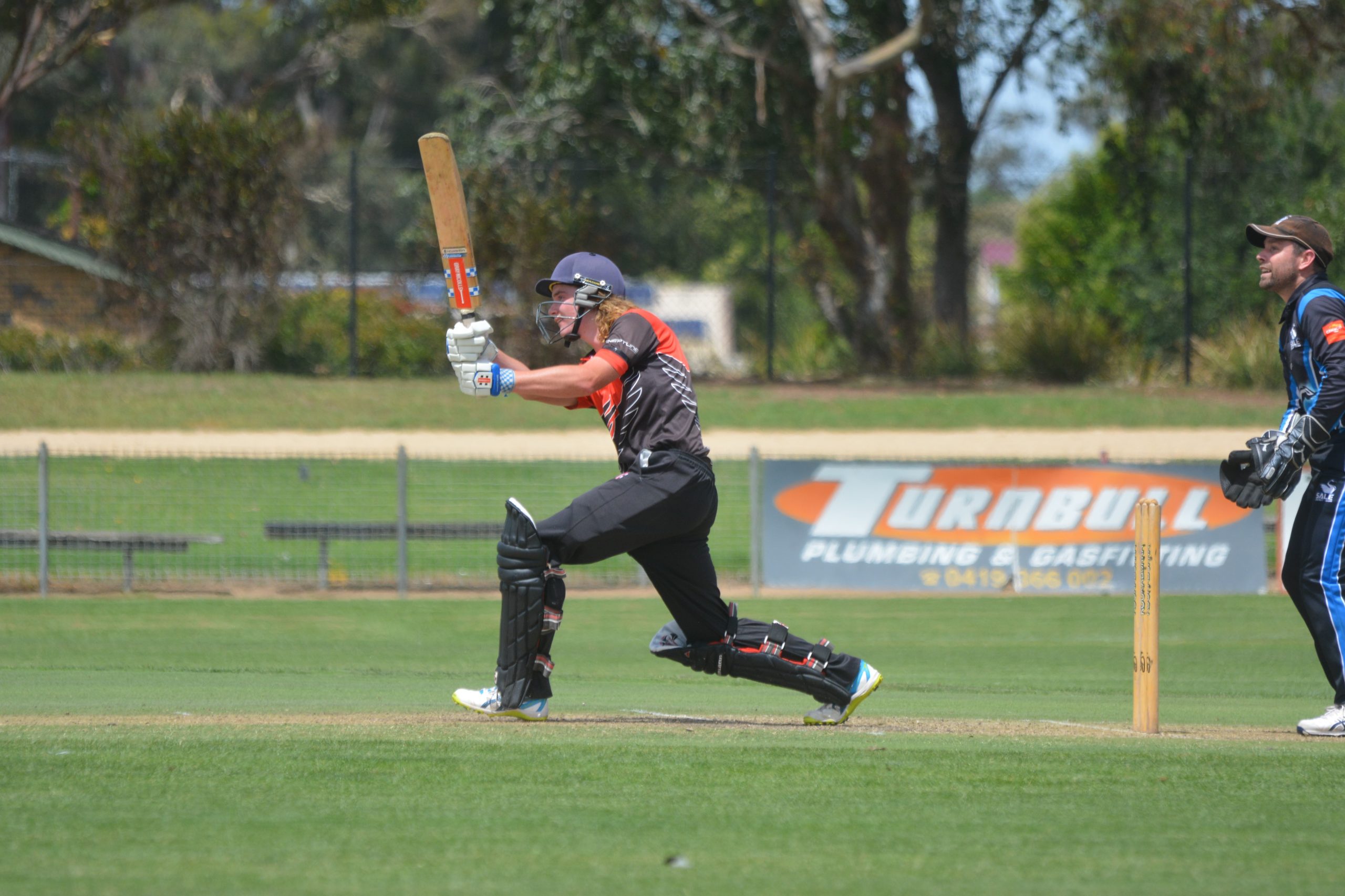 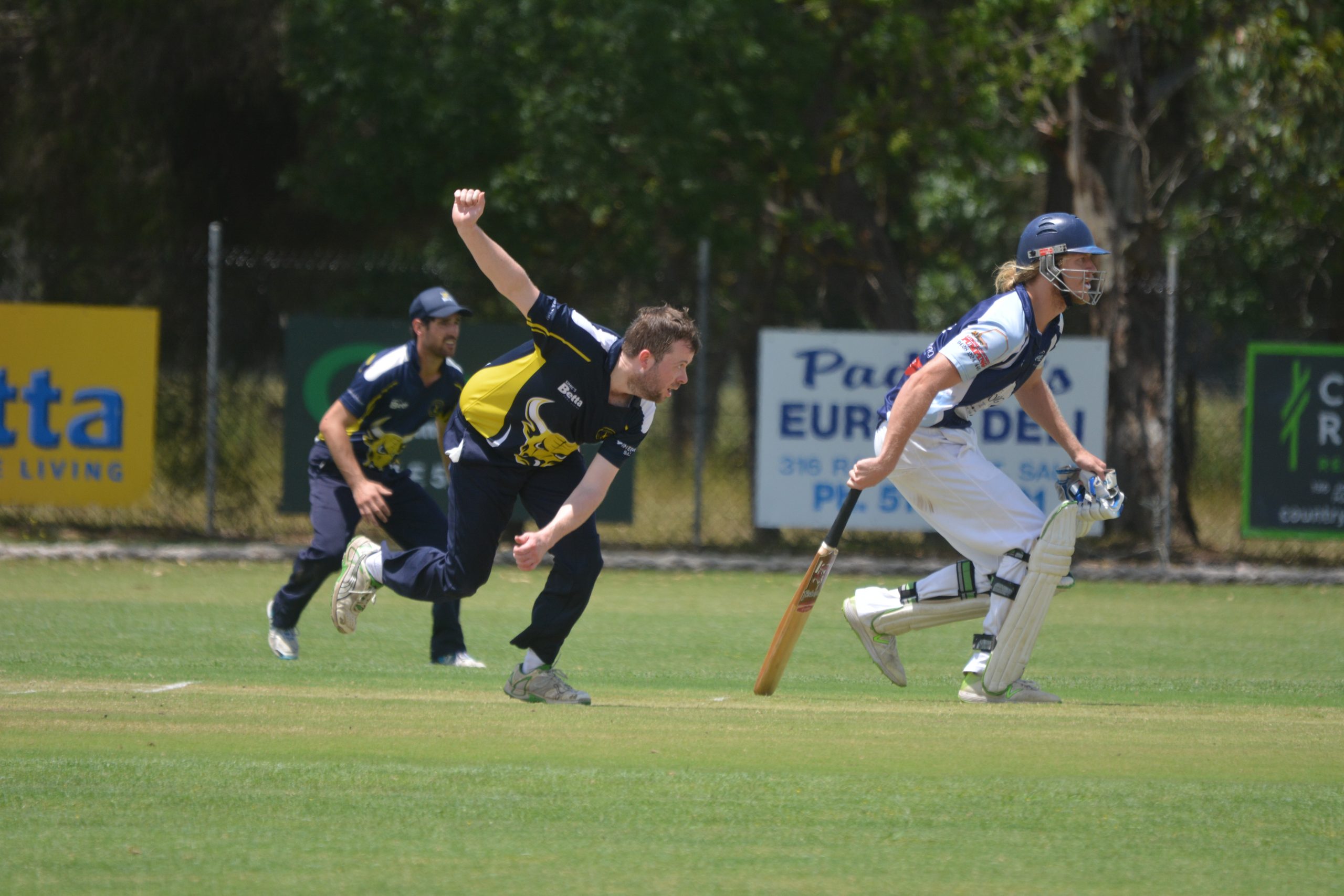 ROSEDALE-Kilmany lost seven wickets for only five runs to hand Stratford its third win of the Sale-Maffra cricket season.

Replying to the Redbacks’ 7-205, the Warriors were 3-172, only to be bowled out for 177 as they were running out of time to score the winning runs.

Stratford captain Jack Rietschel was the destroyer taking six of the final seven wickets to fall, including a hat-trick.

Rietschel finished with 6-36 from eight overs.

Rietschel had earlier scored 62. He and Sam Anstee put on 68 for the third wicket until the latter was dismissed for 42.

Dylan Bolton scored 26 and Jake Rietschel an unbeaten 19, while Dylan Rowley and Cameron Freshwater both claimed two wickets for the Warriors.

The RK chase got off to a good start, with openers Geoff Kinnish (26) and Freshwater (25) putting on 49 runs. Both were victims of Bolton’s bowling.

Tim Barker and Rohan Diamond added 87 for the third wicket before Barker was caught off Jake Rietschel’s bowling for 34, leaving the Warriors 3-143.

The Warriors had wickets in hand, but were running out of overs to win. The visitors tried to lift the run rate, but found themselves in a collapse.

Jack Rietchel claimed 6-0 off nine balls for the Redbacks, with their other wicket coming through a run-out.

Diamond was among the carnage, out for 62 off 59 balls, as the Warriors were all-out in the 38th over.

The victory put the sixth-placed Redbacks just over 10 points outside the top four, while the Warriors fell to fifth spot.

SALE moved into third spot on the ladder with victory over Maffra at home.

After the Eagles made 9-189, the Swans passed the visitors’ total with five wickets in hand, helped by 98 from Rohan Blandford.

After Maffra was 3-17, Grant Thornton scored 59 and Cooper Bailey 55 to help put the Eagles in a good position. However, only two other teammates scored between 10 and 15.

Matt Raidal and Ben Jones both took three wickets for the Swans.

Blandford provided the backbone of the Sale chase, scoring his 98 off 105 balls. Blandford was run-out by Zach Kearns two short of a century just after his side had won.

Jones provided support, scoring 34, while captain Nathan Massey made 21 as Sale finished its 40 overs at 9-208.

Thornton and Jim Beaumont claimed two wickets each from the Eagles, who fell from second on the ladder to fourth.

COLLEGIANS put Longford’s bowlers to the sword at home.

Nick Grainger also joined in the fun, scoring 46 from 36 balls.

After Grainger was dismissed, Mark Nicholls (68 off 40) and Stuart Anderson (27 off 15) had an unbroken 88-run partnership.

The Lizards were unlikely to mount a serious challenge, and batted out their overs to finish with 9-115. James Barker scored 30 and Albert Grieve 23.

BUNDALAGUAH won an entertaining match against Boisdale-Briagolong to move into second place ahead of the Christmas-New Year break.

The visiting Saints scored a more than competitive 9-193, only for the Bulls to pass it with four wickets and three overs to spare.

Langshaw batted with captain Sam Bedggood (21) and Nathan Hibbins (25 not out) to see the Bulls to victory, finishing on 4-196 from 37 overs.

THE season will resume January 5.