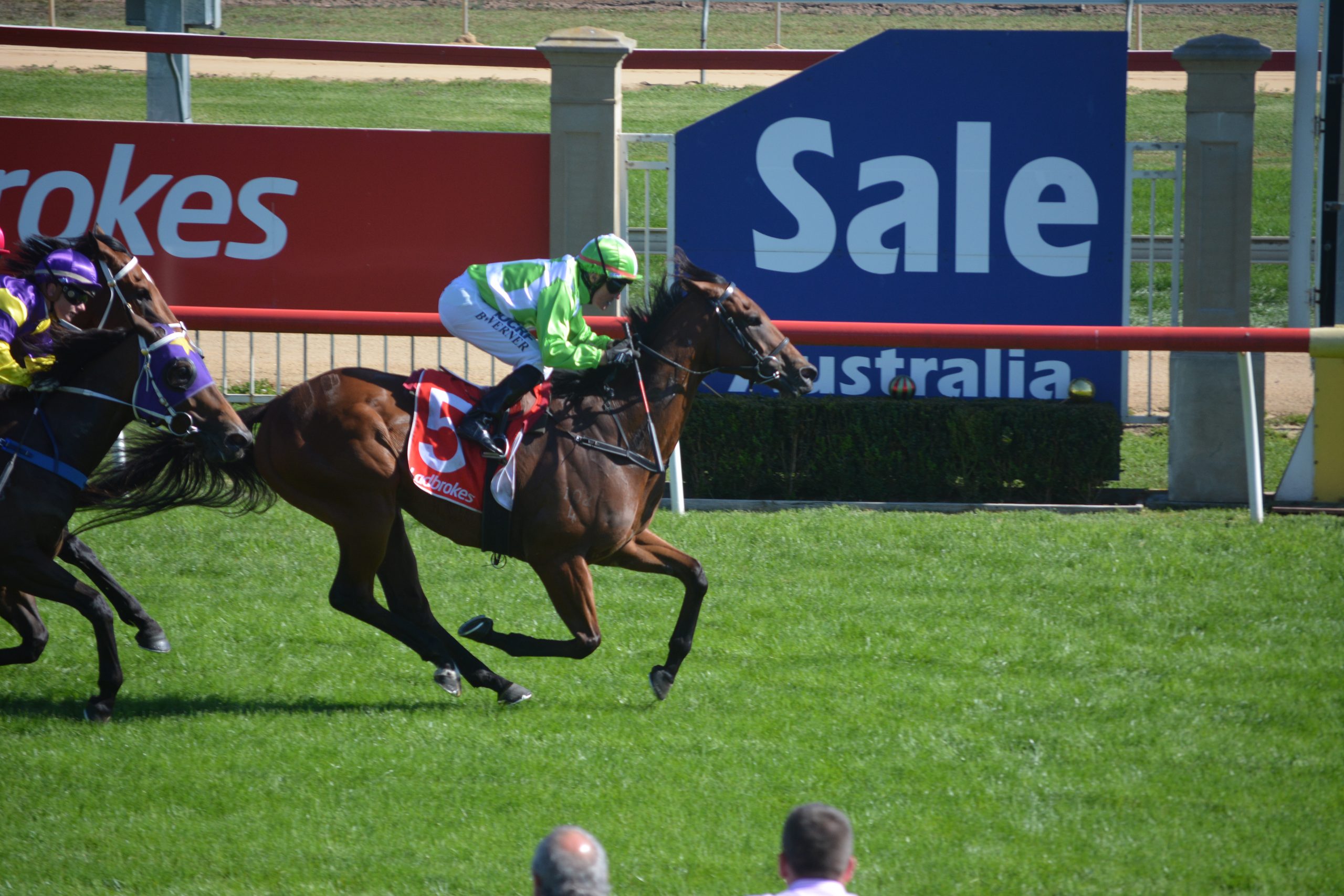 Christmas parties, good cheer and Santa hats were a feature of the family day atmosphere, with Santa and his elf wandering through the crowd greeting racegoers in a perfect lead up to Christmas day.

Local trainers Cliff Murray and George Doderico, who trained winners at the Christmas meeting, must have thought Santa had come early for them, as did jockey Ben Thompson who completed a riding treble.

In race two it was number three again with New York Wonder, trained by Robert Hickmontt and ridden by Teodore Nugent, winning the maiden plate event.

When Sale trainer Cliff Murray’s He’s Stryking won race three it was the third number three in a row to greet the judges first.

The Delphi, trained by Michael Moroney and ridden by Jason Benbow won the Maiden Plate race four. Moroney took out the quinella with stable mate Lofty Heights pipped at the post by The Delphi.

The seven-year-old mare took off in the straight to win by more than six lengths. Tranquil Miss has had 28 starts for six wins and seven placings.

Race eight winner, Came Up Hardy, trained by Jack Wilson, paid $25 for the win and provided the riding treble for Thompson.

The last event on the program, the benchmark 64 handicap was won by Sir Kalahad, trained by Doug Harrison and ridden by Brian Werner, bringing to a close another year of outstanding racing at Greenwattle for the Sale Turf Club.

The club’s next meeting will be held on Sunday, January 13.