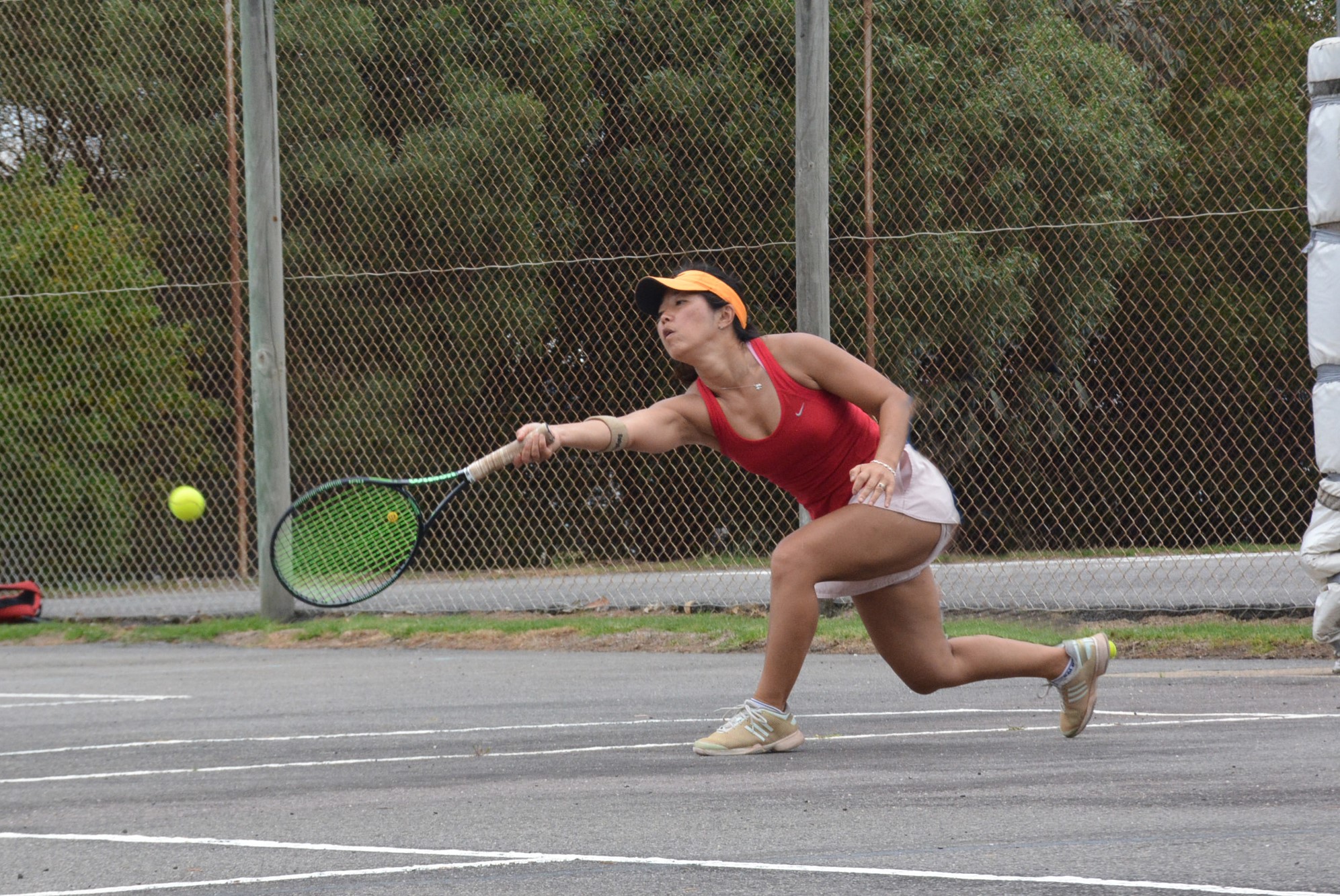 SEASPRAY Tennis Club held its annual summer tournament on Saturday, with many new players competing for the first time — a 30 per cent increase in entries since last year.

The tournament used a modified Fast 4 format to ensure all players got onto the courts quickly.

It also allowed for more sets to be played, with a greater variance of player combinations, adding to the fun, family-friendly atmosphere.

Another change to the competition this year was running the junior section alongside the seniors, which allowed family members to play together.

By the end of the day three winners emerged, all winning their sections by only one game.

Brooke Harrison from Giffard West stepped up from the junior ranks to take out the ladies prize, over equal second place getters Sale’s Kerri Brown and Leanne Pearce.

The men’s and ladies’ winners were awarded the McNaughton Family Trophy for their efforts.

Seaspray Tennis Club runs its summer tournament every year during the Christmas and New Year holiday period, attracting local players and holiday makers to the courts adjacent to the Seaspray Hall.

Although the club is not fielding any teams in the WGTA competition this season, it is still active and planning more tennis social days for this year.