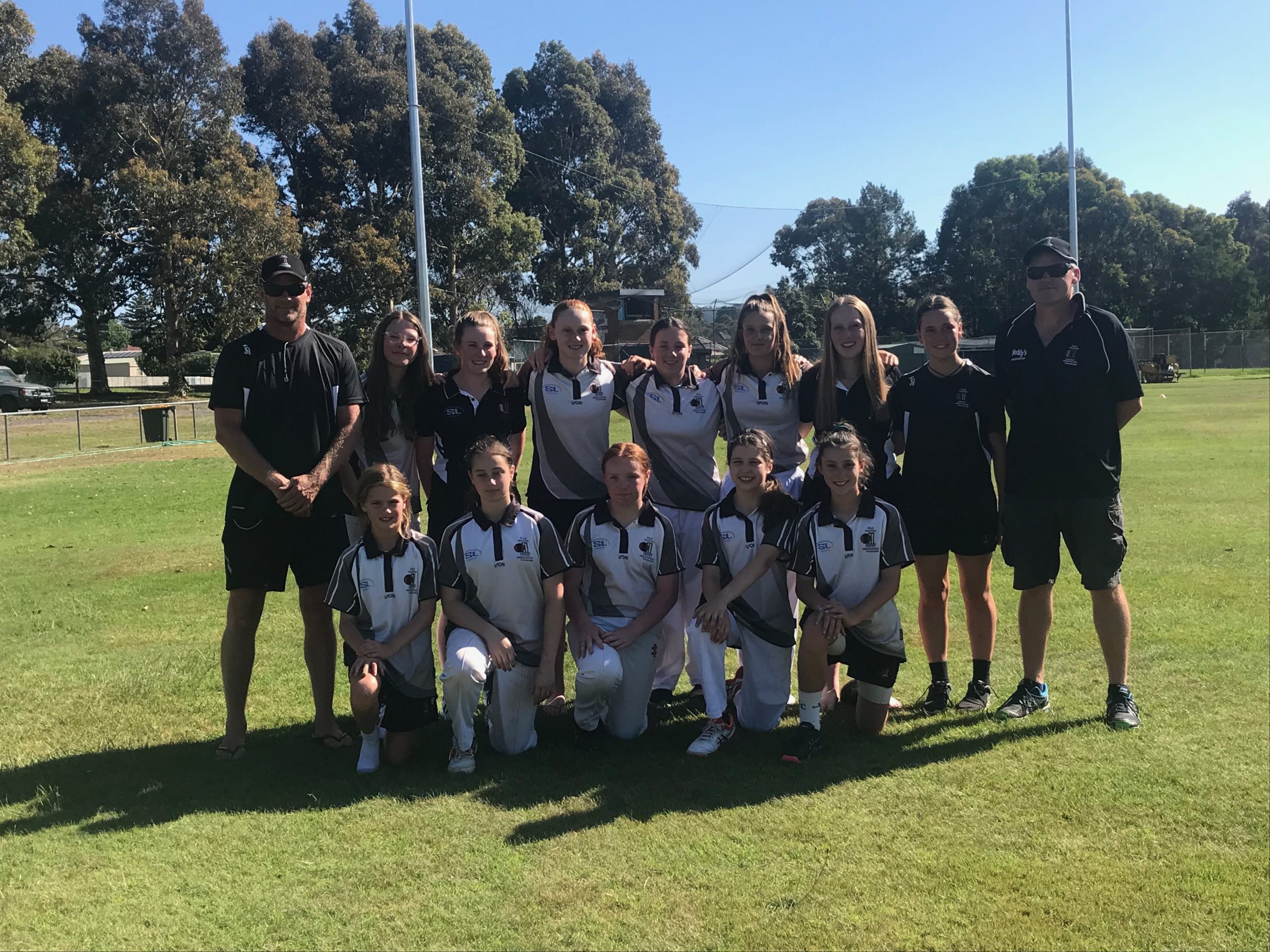 THE Sale-Maffra under 16 girls had a terrific Junior Country Week, securing the premiership after a pulsating final against Bairnsdale.

Captained by Meika King, the side went through the week undefeated, and toasted its success with some big scores throughout the campaign.

In its opening match against the Peter Siddle Girls Squad at Newborough, Sale-Maffra found regular breakthroughs as its opponent was dismissed cheaply.

Grace Wrigglesworth took three wickets as did Harper Grewar in what was a dominate display with the ball.

In reply, despite no player really making an impression on the scorebook, the Sharks were able to win after posting 9-80.

The Sharks then headed to Yarragon, where they were victorious against Bairnsdale after bowling first.

As Bairnsdale slumped to 6-14, its score line resembled something of a telephone number as the best bowler for Sale-Maffra was Tillie Pendergast, who collected three wickets.

With the bat, Sale-Maffra closed at 3-81, with its top scorers being King and Felicity Clissold, who were both retired.

The side then fronted up to play Leongatha, which would have regretted its decision to bowl first as the Sharks posted 0-140. Those to get among the runs were Grace Wrigglesworth (28), Grewar (27), Abby Wrigglesworth (25) and King (25), who were all retired.

Leongatha got off to a decent start with the bat, with its openers putting on 55 before things went south, and it closed at 8-70. Best bowlers for Sale-Maffra were Acacia Sutton and Lily-Mae Lyndon, who each took two wickets.

In the final at Peter Siddle Oval on Friday, Sale-Maffra made the bold decision to send its opponents in upon winning the toss in sweltering conditions.

After its allotted 20 overs, Bairnsdale made a competitive 7-105, as King and Grace Wrigglesworth both led from the front with two wickets each.

In reply, reliable Sale-Maffra openers Grewar and Abby Wrigglesworth both gave the side a good starting base, each making 25 retired, before the stage was set for a grandstand finish.

With wickets and overs in hand, King went for glory, and cleared the fence to bring both the win and the premiership to Sale-Maffra in the 18th over for the loss of no wickets.