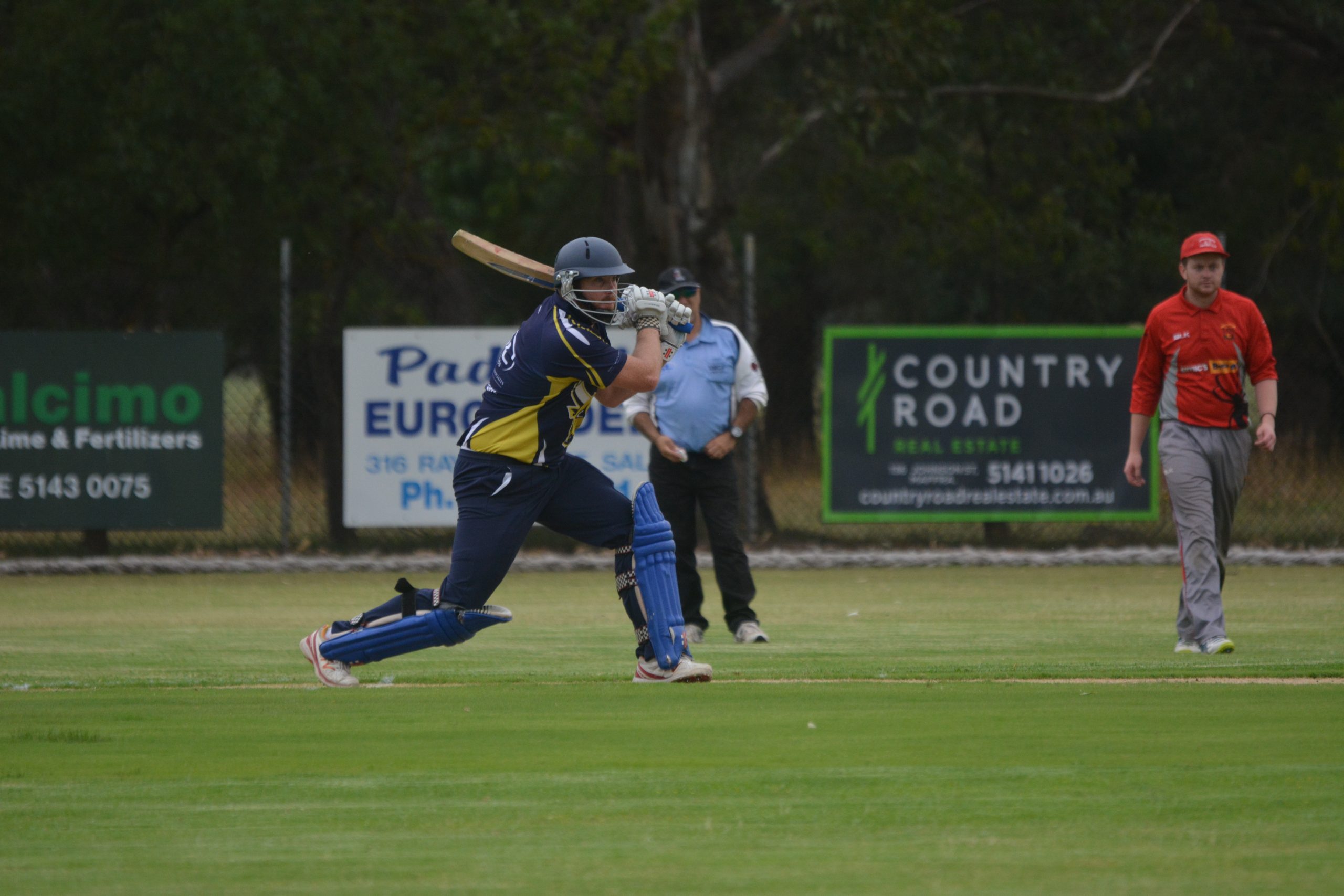 THE final scheduled round of one-day matches this Sale-Maffra cricket season will be played on Saturday.

Regardless of the results, Collegians and Bundalaguah cannot be displaced from the top two spots on the one-day ladder, and will play for the Fischer Cup on Sunday.

In the main competition, Maffra will be looking to hold its place in the top four when it hosts Rosedale-Kilmany.

Both sides have lost their past two matches, with the fourth-placed Eagles just over four points ahead of the Warriors in fifth.

Last weekend, RK was upset at home by Longford.

Bowled out for just 62 after restricting the Lizards to 93, the Warriors will need to rebound strongly on Saturday.

Maffra’s two recent defeats have come to teams in the top four. The Eagles are coming off a loss to top side Collegians, which included a five-wicket haul for Kris Armistead.

Maffra won its earlier meeting this season against RK, which was reduced to a one-day contest.

A loss for Maffra will allow Stratford and Boisdale-Briagolong to move closer to the top four.

STRATFORD and Boisdale-Briagolong will look to bridge the 10-point gap between them and the top four when they meet.

The Saints began 2019 on a high by defeating Sale, and will be hoping to consolidate that form if they’re to push for a finals spot.

The Redbacks were out-classed by Bundalaguah, losing by 134 runs.

In round six, the Saints defeated the Redbacks following a solid effort with the bat.

COLLEGIANS will host Sale in a local derby between two teams in the top three.

Sale was the last team to defeat the ladder leader, winning by nine runs in round six. The Swans won their final five games of 2018, only to lose to Boisdale-Briagolong to begin 2019.

Sale will fall to fourth spot if it loses on Saturday and Maffra defeats Rosedale-Kilmany.

ON a high after its first win of the season, Longford will welcome second-placed Bundalaguah to Stephenson Park.

The Lizards successfully defended their 93 against Rosedale-Kilmany, and will need to keep up that form against the Bulls, who put in a strong performance with bat and ball to defeat Stratford.