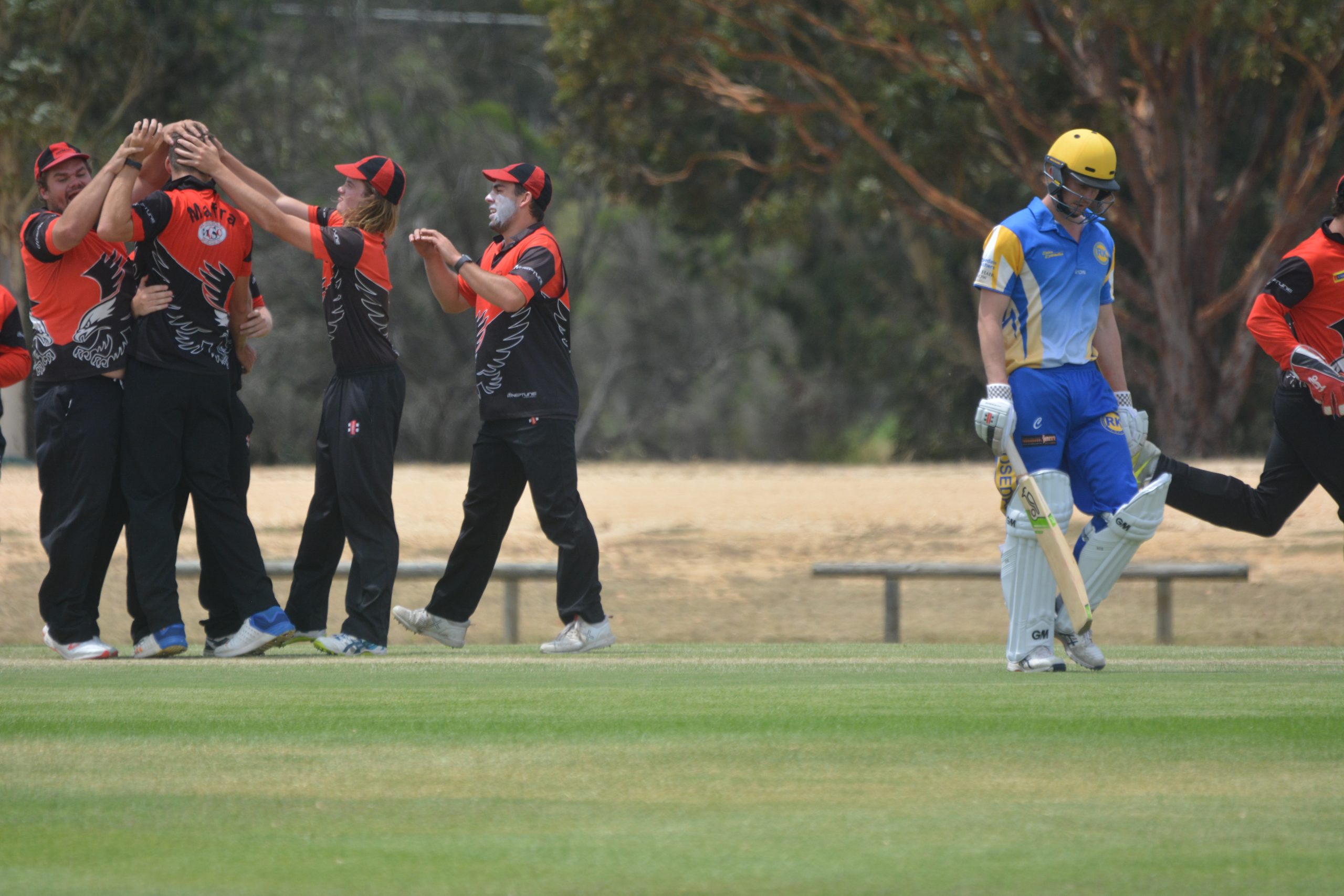 ONLY four rounds of two-day matches remain before the Sale-Maffra cricket finals.

Round 11 begins on Saturday, highlighted by the top three clash between Bundalaguah and Maffra.

With eight points already separating second and third places, a Bundalaguah victory could make it hard for teams to stop the Bulls and Collegians from hosting semi-finals.

After winning the one-day premiership on Sunday, the Bulls will play three of their four final games of the home-and-away season at home, including a round 13 blockbuster against top side Collegians.

Maffra has a good chance to seal a finals berth, with matches against sides currently outside the top four to follow its game against Bundalaguah.

The Eagles moved into third spot last weekend with victory at home over Rosedale-Kilmany.

The Bulls have won their past three matches, but the Eagles have the talent to test that streak.

The sides met in round one, with the Bulls winning by 25 runs.

BOISDALE-BRIAGOLONG’S bright start to the year will be tested by Collegians.

The Saints have begun 2019 with wins over Sale and Stratford, but will meet a Collegians side which outclassed Sale at the weekend. College has won its past four matches.

Victory over the ladder leader will consolidate the Saints’ form, which has seen them move into sixth place on the ladder, just over six points outside the top four.

The Saints pushed College in round one, scoring 8-201, only to be passed with six wickets in hand. Toby Leeds scored an unbeaten 94 that day for the Saints and Zac Hurley 74 for Collegians.

ROSEDALE-KILMANY and Sale will be looking for their first win since the Christmas break.

Sale is in fourth place, six points ahead of RK, which holds fifth spot by only 0.01 of a point from Boisdale-Briagolong.

The Swans could move back to third spot with victory over the Warriors, who could lose touch with the top four if they lose.

RK has a challenging end to the season, facing three teams currently in the top four plus an in-form Boisdale-Briagolong.

Sale’s batsmen scored 119 at the weekend against Collegians, which won with six wickets and almost 15 overs to spare.

Craig Alcock scored 52 not out in RK’s loss against Maffra, but no-one else stood up as the Warriors made 9-130. The Warriors’ bowlers toiled hard, but didn’t have enough runs to defend.

The Warriors batted better when they defeated the Swans to begin the season.

These sides occupy the bottom two spots on the ladder, but the Redbacks are 14 points ahead of the Lizards, who are a long shot to make finals.

Coming off back-to-back losses, the Redbacks will see this match as a chance to kickstart their season, but the Lizards were far from disgraced against Bundalaguah at the weekend.