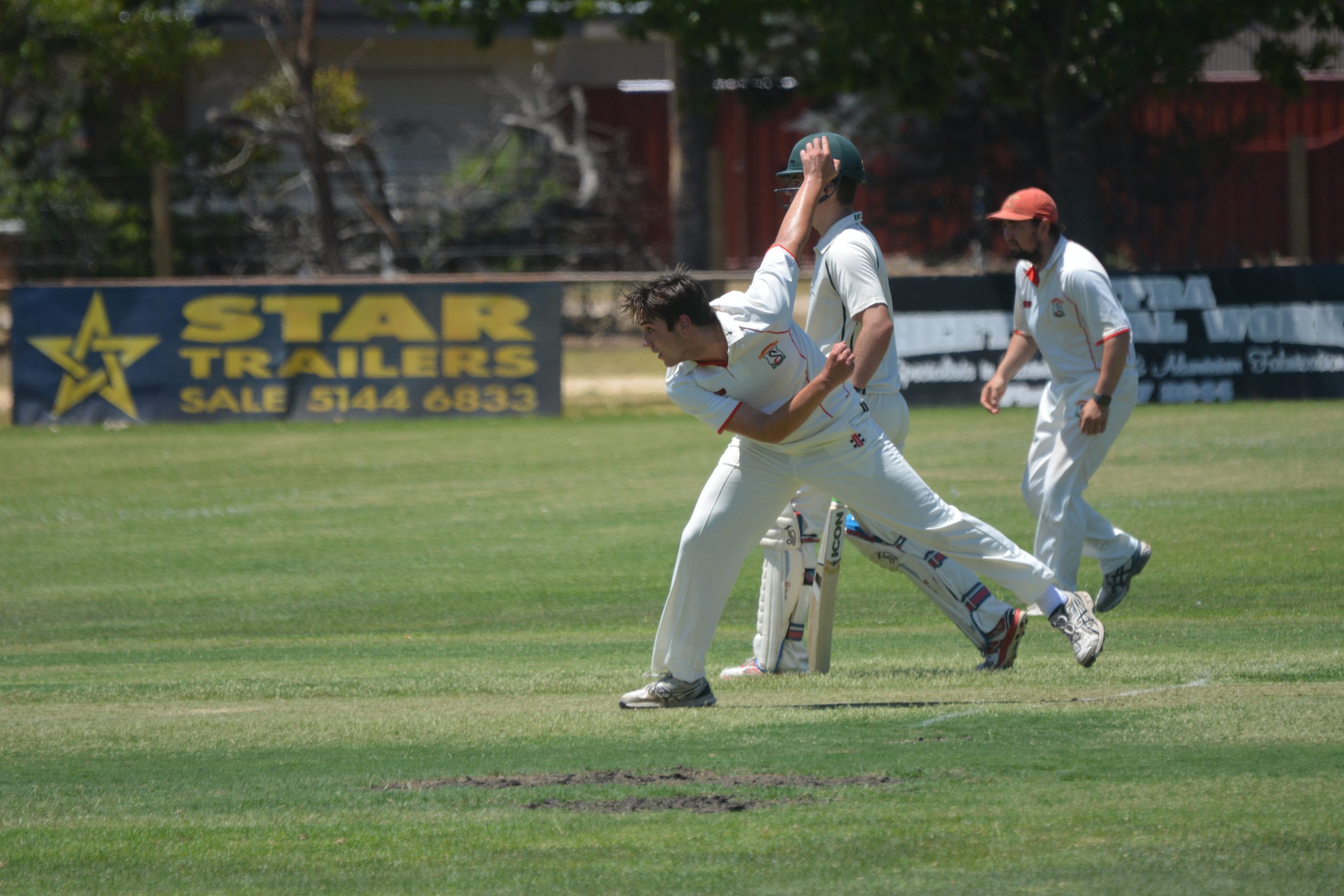 THE evenness of Sale-Maffra cricket this season will be particularly evident on day two of this weekend’s matches.

Any number of results and margins are capable of having a bearing on how teams must perform in coming weeks if they are to stay in the top four or push for a finals berth.

Amazingly, the match that could potentially cause the biggest shake up to the ladder will be played out between the two sides currently occupying both last and second-last positions on the table.

Host Stratford is 5-77 chasing Longford’s first innings score of 93, with Redbacks captain Jack Rietschel unbeaten and faced in a situation that will more than likely need him to farm most of the strike if his side is to not only win on first innings, but press on for some sort of lead.

Provided the Lizards bowl enough dot balls and create enough pressure in the first 10 overs, they are an outside chance to take the five remaining wickets they need to ensure first innings points.

However, should this not happen, Longford will still have plenty to play for provided it can bowl Stratford out with enough time in the day to whack up a quick second innings itself and go for a reverse outright.

On the flipside, if the Redbacks gain a big enough first inning lead, they may well look to make Longford bat again, and if they secure the 10 points for an outright win, it will catapult their credentials further up the competition ladder.

SECOND-PLACED Bundalagah will arrive at its home ground full of confidence, knowing Maffra will enter the run chase with some trepidation as the Eagles are currently 1-1 needing a further 183.

If the Bulls have the Eagles four down at tea they will count themselves a decent chance to run through the middle and lower order, whilst the Maffra batsman will need to absorb some good new ball bowling early before setting off on their way.

ROSEDALE-KILMANY has maximum wickets in hand and will have all day to make the 206 it needs for victory on their home deck.

After Sale openers Rohan Blandford and John Mayman put on a century stand last weekend, the Warriors may feel they performed well as the Swans were probably looking at a score closer to the 250 mark.

RK will need someone in their top six to bat for at least two sessions if it is to go close in what is a game that will have drastic repercussions, with the winner adding to the logjam of teams vying for a place in the final four.

THE most improved team after Christmas, Boisdale-Briagolong, will be hoping to make some early inroads at home to stop Collegians getting the 154 runs it needs.

College will resume at 1-16 and will face a hostile Saints attack that has been brimming to force its way into the competitions top four. Should Boisdale-Briagolong win, it will be their third in succession, which will surely add to their already growing confidence.

Collegians may well look to approach its innings with the mentality that it is chasing 300, and with the age-old club cricket adage that a good side can easily double its score after tea provided it has a number of top order wickets in hand.