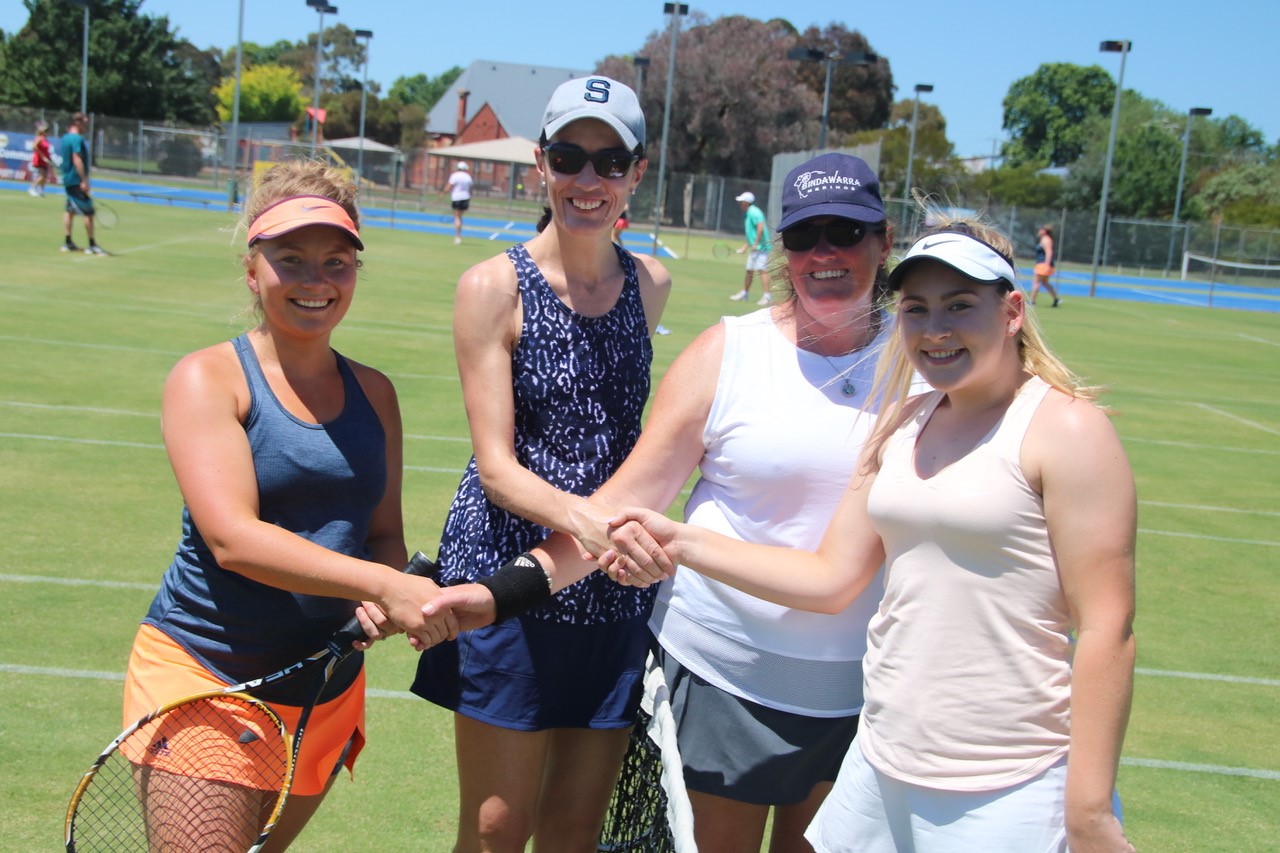 Stratford have had a somewhat tumultuous season, playing some of the best tennis in the competition each round but only managing to snag the one win against Maffra Donalda in round five.

The competition’s most easterly team wasn’t without its close calls though — Stratford nearly caused an upset in round four, defeating second-placed Sale on sets, but losing on games, handing Sale the two points needed to secure the overall victory.

Maffra CSC has had a somewhat cruisy run, only suffering through one outright loss for the season to Maffra Weirs in round 10 by a single game.

So far, CSC has been unable to record a win against nemesis Sale — which would really differentiate the neck-and-neck battle at the top of the ladder — due to two separate wash-outs occurring specifically on the days the teams were scheduled to play each other.

CSC was also given a free pass in the last round of the season, with a late wash-out against third-placed Maffra GRE.

With the latter inched ahead on games, the final outcome rested on the final mixed set, which never made it to court because of a rare tropical downpour.

While Maffra is the favourite heading into this weekend’s match, the higher, faster ball bounce on the hard courts could cause headaches for CSC, which is accustomed to Maffra’s slower lawn courts.

CONVERSELY, with absolutely no home-ground advantage at all, Maffra Donalda will play against Maffra GRE at Maffra.

In the teams’ past two meetings, GRE has come away with the win, by an average margin of 22 games.

Maffra Donalda have had a tough year, only securing the one win against Stratford in round 10.

The blood, sweat and tears of three set winners Micky Hewitt and Anthony Booker clinched the match for Donalda, as the two men put on career best performances to shoulder a victory for their teammates, 66-57.

A repeat of such a performance this weekend could give the underdogs some much needed percentage five weeks away from finals.

Maffra GRE has nearly notched more wash-outs than they have victories, with four wins, four losses, and three wash-outs.

At full capacity, the team could be a force to be  reckoned with, but the side has been cursed with injury and poorly scheduled holidays, needing emergencies each week.

With the team’s number one woman, Bree Martin, now benched for the rest of the season because of a long-term affliction, the rest of the team will really need to step up to fill her shoes.

SECOND-PLACED Sale will be looking to boost its percentage heading into round 12 to knock off ladder leader CSC, but defeating Maffra Weirs will be no mean feat.

Weirs has been clawing its way up the ladder, sitting just behind GRE on an equal four wins, and looks in a solid position for finals.

Lead valiantly by up-and-comers Will Runciman and Zali Stevens, the side has been plagued with similar emergency misfortune to GRE, but has proved it is capable of knocking off top teams, like CSC in round 10.

The dark horse of the competition, Sale is yet to drop a match, but sits in second place on points.

Sale’s number one woman, Jo Rule, will be the one to watch this weekend, with a lethal forehand return that can quickly break the most steadfast of service games.

Dependent on the outcome of this weekend (and Weirs’ capacity to field a full team), Sale could knock CSC off their top spot, and book a spot in finals.

In the teams’ previous two meetings, Sale has snagged the win by more than 10 games, and, boosted by home ground advantage, are well placed to notch another win.