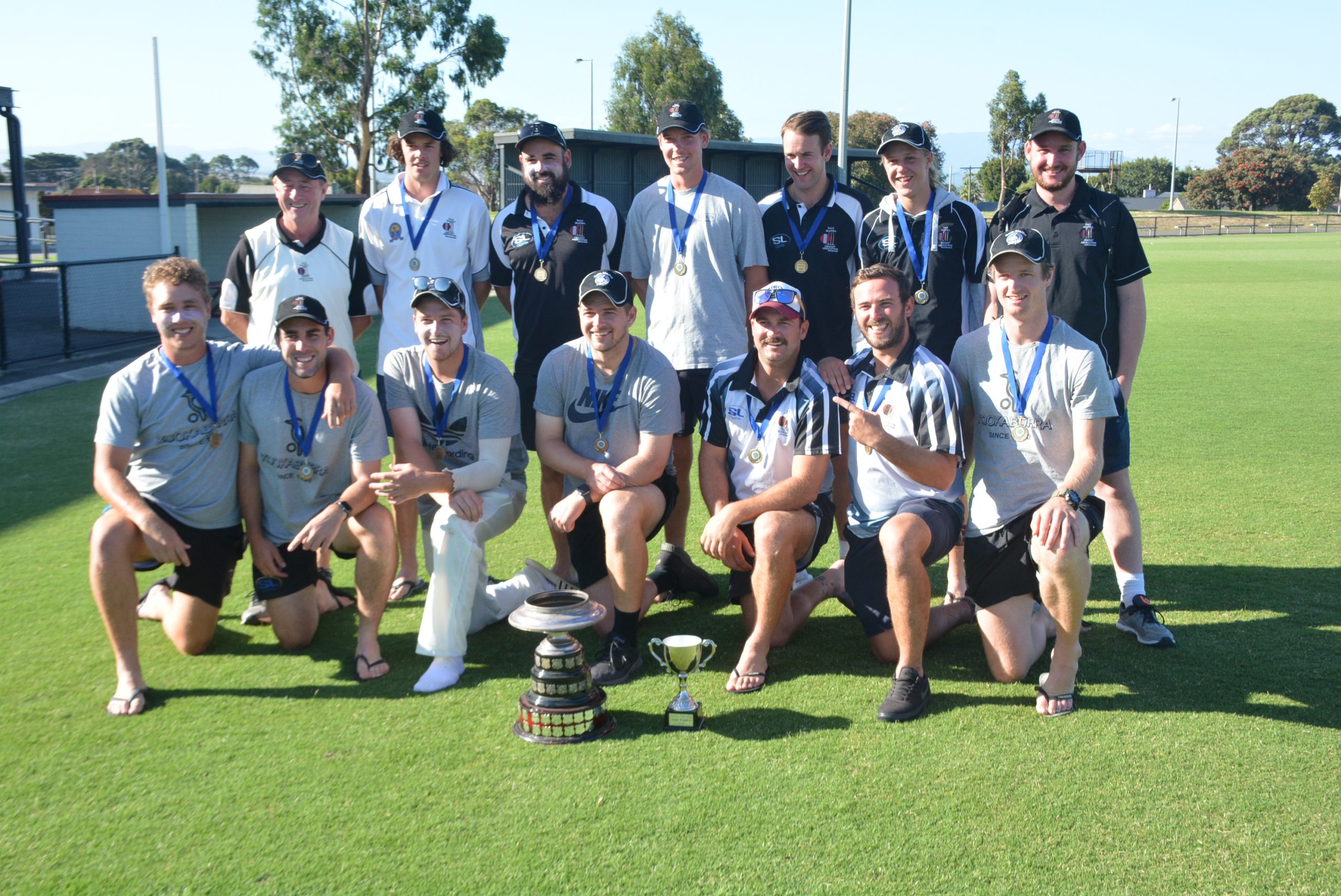 The Tornadoes appeared to be cruising toward not only the title but also inflicting the Sharks with their first loss of the tournament.

With heavy downpours across Gippsland the day before, the final was pushed back to a noon beginning, with the match reduced to 46 overs per side.

After winning the toss, Traralgon sent Sale-Mafrra in, with the bowlers finding early success when Rohan Blandford snicked off early, followed by Lee Hopkins, who played a shot he would probably like to take back.

At the other end, Zac Hurley hung around for a number of overs, with  the youngster clobbering two maximums during his innings of 22.

Traralgon’s medium pace duo of Tom Shippen and Adam Brady kept things simple during their spells, and collected seven wickets between them.

Shippen bowled out and took 3-32, while Brady was masterful in his execution, taking 4-18 which included a magnificent delivery which left Sale-Maffra batsman Brad Scott late and just kissed the outside edge, along with a quick reflex caught and bowled to see the back of Hurley.

At 5-63, the Sharks appeared to be headed for an early tea, however, Jack Tatterson was able to farm some of the strike with the lower order, as he remained not out on 35 to see Sale-Maffra post 125 from 41 and a half overs.

Traralgon captain Lee Stockdale picked up 3-18 from 8.3 overs and would have been roundly pleased with the effort of his bowlers, in keeping Sale-Maffra to a score that was well below par.

With the title at stake, both sides appeared calm as they reentered the arena after the break. Sale-Maffra’s hopes rested on securing a few  early wickets, and when two catches were put down early, warning bells were ringing loud.

Traralgon openers Adrian Burgiel and Michael Stockdale got their side off to a fast start, getting to 44 without loss in the space of seven overs, with Burgiel being typically brutal on the bowling, with 30 of his 32 runs coming in boundaries, as he smashed six fours and a six during his 24 ball stay.

With Traralgon seemingly in complete control, Jack Rietschel found a way through to claim the wicket of Burgiel, which set in motion a procession of wickets as the Tornadoes self-destructed.

From 1-44, Traralgon lost 4-20, as Scott recovered from an earlier pounding to claim the wickets of Michael Stockdale and Jordan Gilmore to swing momentum back the Sharks’ way, while Dylan Bolton’s wicket of Lee Stockdale just before drinks had the Sharks rejoicing.

Following the interval, Bolton struck again, before Jack Tatterson found himself on a hat-trick at the other end after getting Rick Battista leg before and Danny Revis caught in the slips.

The dismissal of Battista may have signified the way in which nothing was going right for Traralgon, as the unfortunate batsman played back to a short of a length ball that virtually rolled along the ground.

At 7-65, onlookers could hardly believe their eyes as Sale-Maffra closed in on victory.

Down the order Traralgon batsmen Shippen and James Pryde did their best to take the game deep, but could not quite get over the line.

Sale-Maffra bowler Charlie Morrison picked up a wicket late as his three-over spell consisted of either yorkers or full tosses.

With Traralgon needing 21 to win with one wicket in hand, Jack Rietschel finished what he had started, and broke through Shippen’s defence to give Sale-Maffra its 19th senior GCL title and third in four seasons.

Sale-Maffra captain Jack Tatterson was awarded the man of the match for his 35 not out and 2-16.

Both teams will lock horns again next week, as Melbourne Country Week begins on Monday.