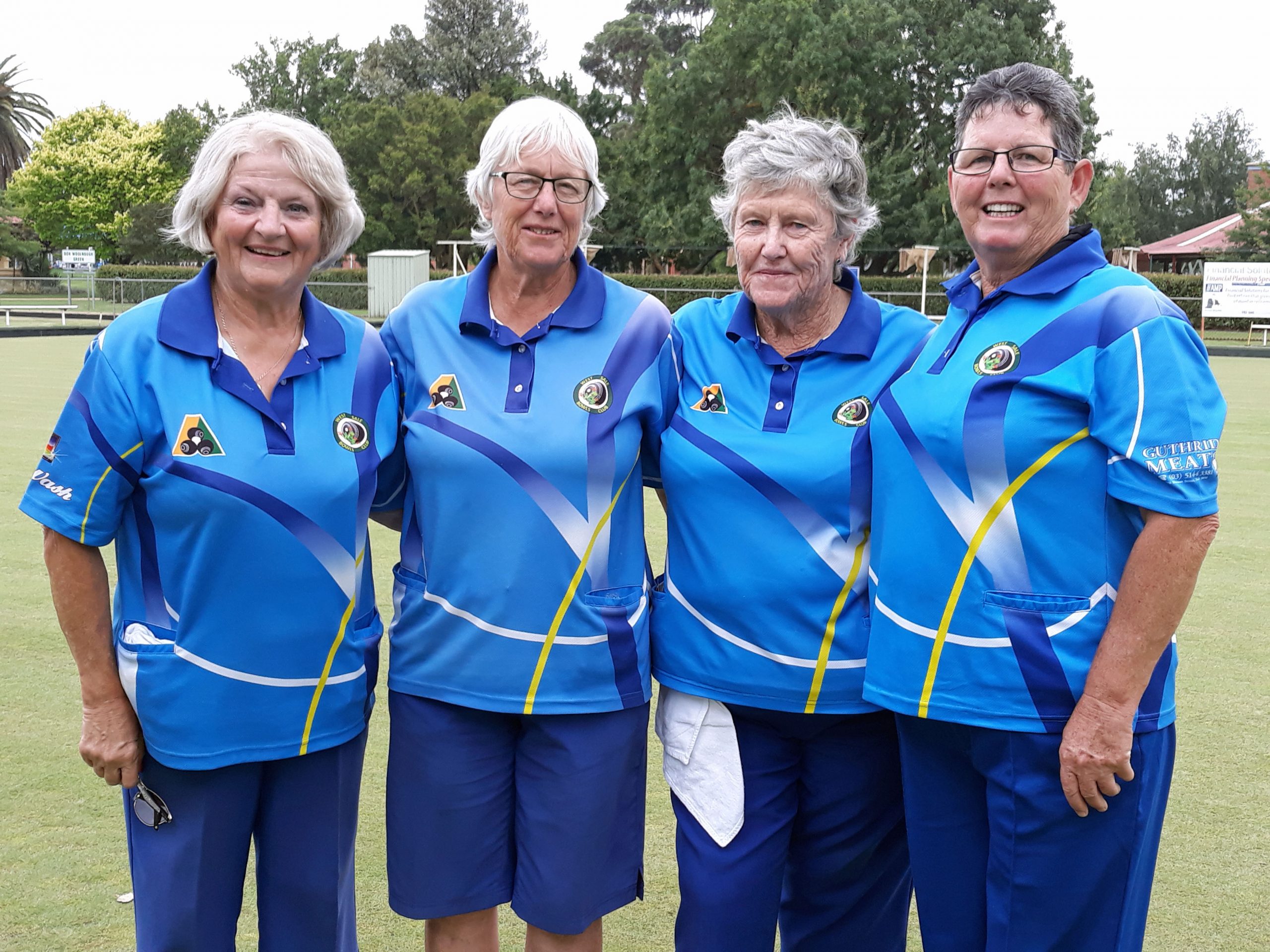 The final was a see-sawing affair with Yarram getting an early 7-0 break before West Sale settled, though still five down with three ends to play.

West Sale came home strongly and tied the game at 13-13 with 15 ends played.

An extra end had to be played to secure a result, and West Sale skip Thompson drew the winning shot with her final bowls to give her team a 14-13 victory.

In round one, the West Sale and Yarram teams had the bye, Heyfield’s Jan Morton, Marianne Hodson, Jan Smith and Leonie Flynn defeated Sale’s Jan Warr, Helen Turner, Heather Schlipalius and Verona Stewart 26-6, while the Maffra team of Lorraine Wain, Jean Downs, Pia Read and Jean Oram had a walkover victory over Stratford.