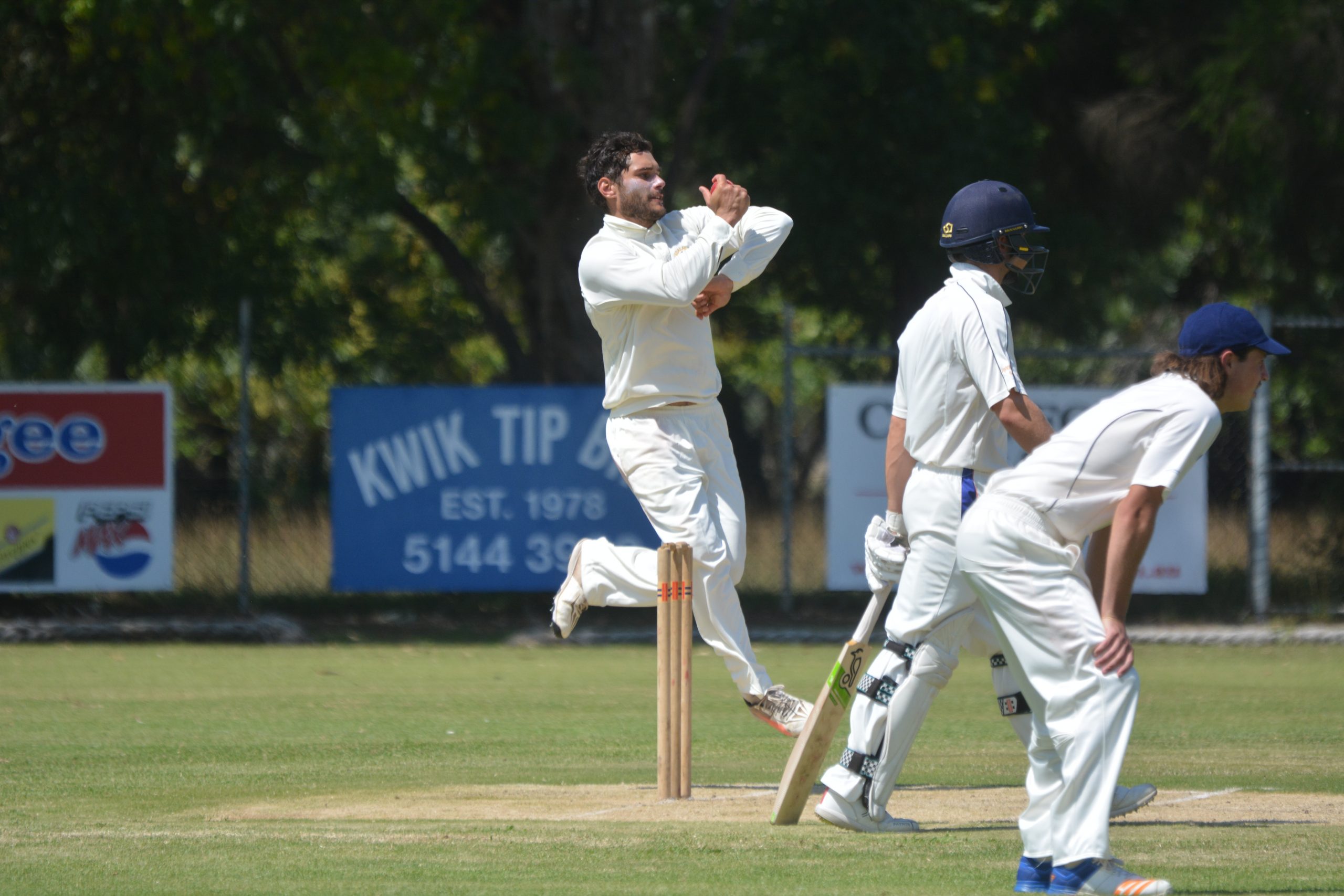 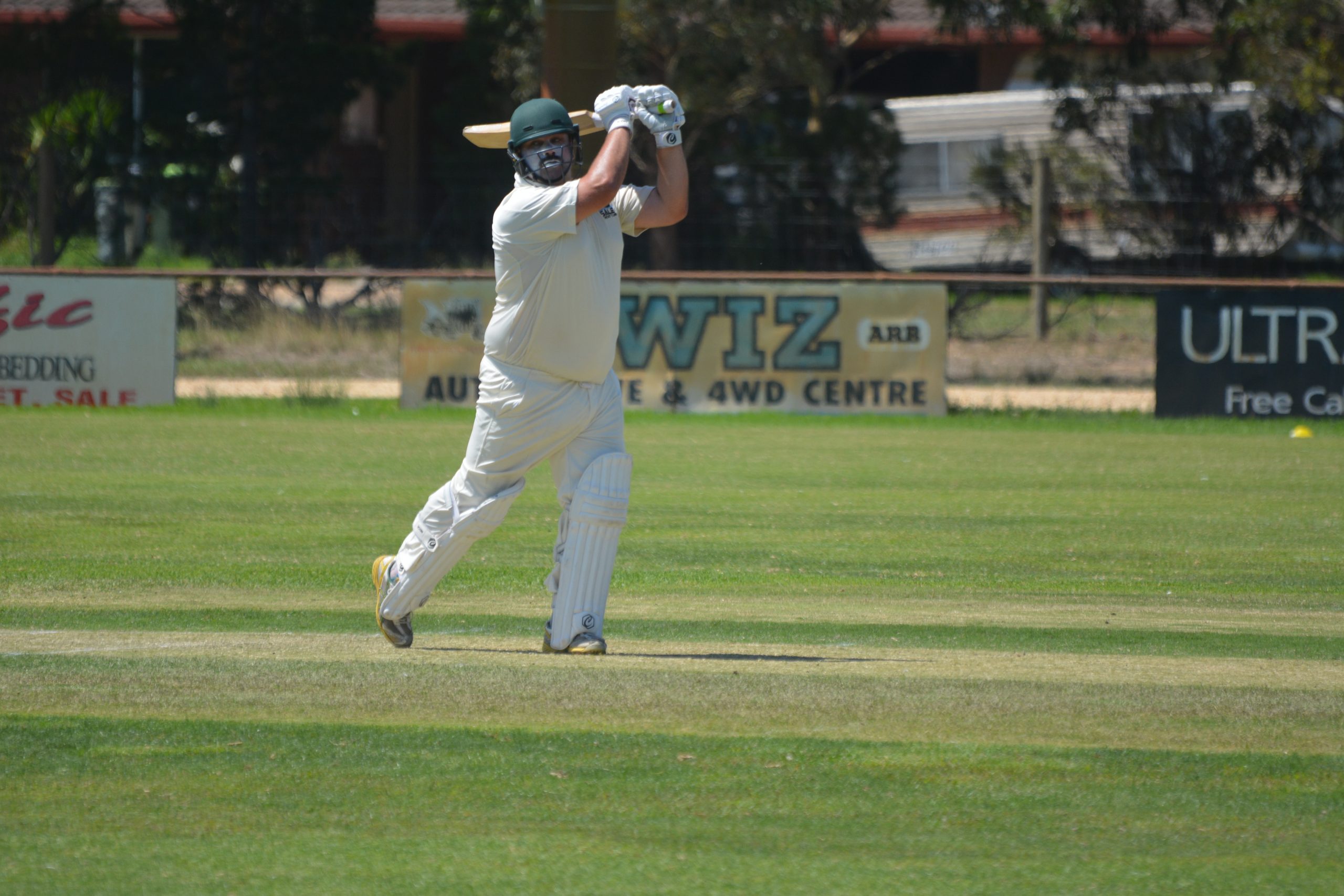 BUNDALGUAH has the advantage after the first day of Sale-Maffra cricket’s top two clash.

The Bulls bowled Collegians out for 139 and were 1-39 at stumps.

Italian Gayashan Munsinghe was the chief destroyer for the home team, finishing with 6-42 from 20 overs bowled.

Stuart Anderson gave the Collegians innings a positive start, hitting three fours before being trapped in front of his stumps by Munsinghe for 22. This left College 3-42 with Munsinghe and South African Buitendag striking earlier.

Issac Love and Jayden Allison looked set to put on a sizeable partnership, but their fourth wicket stand only reach 31 after Love was stumped by Bulls keeper Nathan Hibbins off Jake Wynd’s bowling for 19.

Collegians was 5-85 when Allison was caught behind off Munsinghe for 23.

Four players then reached double figures, but couldn’t pass 18 as College was bowled out in the 66th over.

Bundalaguah had 14 overs to see out the day, but lost Buitendag for 25, caught by Zac Hurley off Anderson’s bowling.

STRATFORD put itself in a good position after bowling Sale out for 122 at home.

Looking to push their way into the top four at Sale’s expense, the Redbacks were 3-55 at stumps.

It took a 27-run 10th wicket partnership between Raidal and Andrew Nicholas to ensure the Swans got past 100.

The Swans revived their hopes of victory by claiming three Stratford wickets.

Kerrod Macgregor-Davies was caught by Ben Jones’ bowling for eight, while Lachlan Carman took the wickets of Sam Anstee for 14 and Jack Rietschel for 10.

Lewis Bolton is unbeaten on 20 and Louis Brown one.

MAFFRA needs another 46 runs to defeat Longford with eight wickets in hand.

The Eagles are 2-82 after bowling the Lizards out for 127 at Stephenson Park.

Jim Beaumont took 5-41, including the wicket of Tim Barker for 58.

Apart from Barker, only three other Longford batsmen reached double figures, making between 12 and 14.

Barker was the rock of the innings, but when he became the eighth wicket to fall, the Lizards lost their final two without adding a run.

Grant Thornton dismissed both Longford openers cheaply on his way to figures of 3-23.

Maffra had 30 overs to bat until stumps, but lost Ben Sly for 18 and Josh Rurawhe for 23.

Captain Josh Davis and Lee Hopkins batted out the day, unbeaten on 23 and nine respectively.

After being bowled out for 227, the Saints had the Warriors 2-9 at stumps.

Toby Leeds top-scored for the Saints with 83.

The captain and Louis Howard put on 59 runs for the fourth wicket before Howard was caught off Tom Anderson’s bowling for 21.

Leeds and Steve Noble took the score to 7-153 before the captain was caught and bowled by Brad Scott.

After Noble was out leg before wicket to Anderson for 23, Jonathon Beech and Todd Mann combined for a vital 58-run partnership for the final wicket. Beech was out for 18, while Mann was unbeaten on 44.

Scott claimed four wickets for the Warriors, with two each for Anderson and Dylan Rowley.

RK will have some work to do next Saturday, needing another 219 runs to win with eight wickets in hand.

Jack Wrigglesworth and Jordan Price each took a wicket during the start of the RK innings.