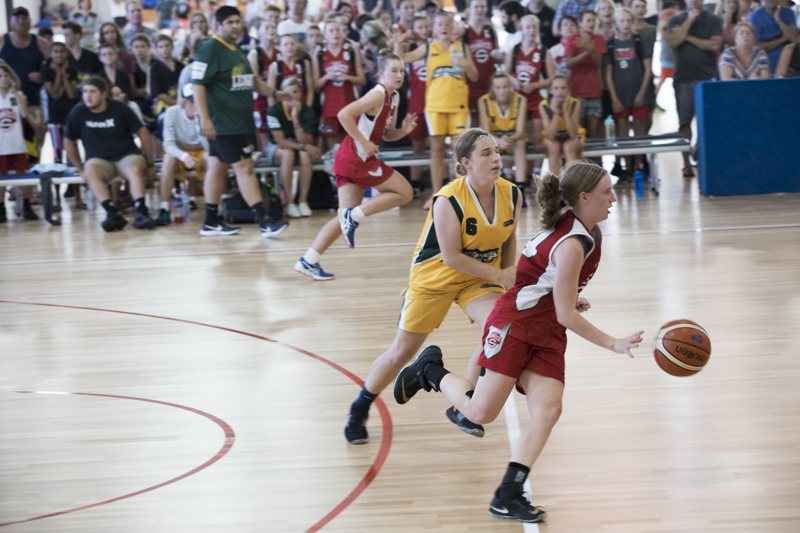 MORE than 100 junior basketball teams flooded the district at the weekend.

Teams travelled from across Gippsland, and Melbourne clubs Eltham and Waverley made the trip for the annual Sale Amateur Basketball Association tournament.

The Sale Sonics won two grand finals in the under 14 girls A and B divisions. The under 16 A grade girls lost their grand final by one goal in a thrilling finish.

Maffra also had success at the tournament, with its under 14 boys victorious.

“We had great reports from visiting clubs and there was some really skilful basketball on display, particularly in the grand finals,” he said.

“We have some fantastic school facilities in Sale and that meant we could provide high quality courts for visiting teams.

“Our Sonics players had big smiles all weekend, they clearly loved the opportunity to play a home tournament and I must thank all our parents for volunteering with catering, barbecue and administrative duties.”

The Sonics under 14 A and B grade girls made it through the weekend undefeated.

The A grade girls played Traralgon in a high standard grand final which attracted a large crowd.

After missing some early shots, the Sale girls won 44-24, with Ally Beale named the game’s most valuable player.

The B grade team played Leongatha in its grand final.

After several lead changes in the first half, the game was drawn at half-time. Sale proved too strong, not allowing Leongatha to score in the second half.

Katelyn Robinson was named MVP in the grand final.

The Sale under 16 A grade girls played off in a grand final against Leongatha. After several lead changes, Sale trailed 24-22 at the half-time.

Sale gained possession twice in the final minute, but couldn’t make it count on the scoreboard, losing by one point.

After defeating Sale in the semi-finals, 40-18, the Maffra under 14 A grade boys took out their grand final against Warragul, 46-29.

The Eagles went through the tournament undefeated, backing up their success at Warragul the previous weekend.

In more exciting finishes, the Eagles’ under 12 boys and under 16 boys both lost the main match by one point to Traralgon and Eltham respectively.

The under 16 boys’ grand final was the final game of the night and didn’t disappoint, needing double overtime to decide a winner.

The Sale under 12 B grade girls won two games and, after a draw against Eltham, crossed Traralgon in the quarter-finals, which the Sonics won 26-23.

After beginning the semi-final against Leongatha slowly, the Sonics led for a while but lost 29-19.

Maffra was too strong for Sale in the under 12 B grade boys’ quarter-finals before losing its semi-final to Foster 33-31.