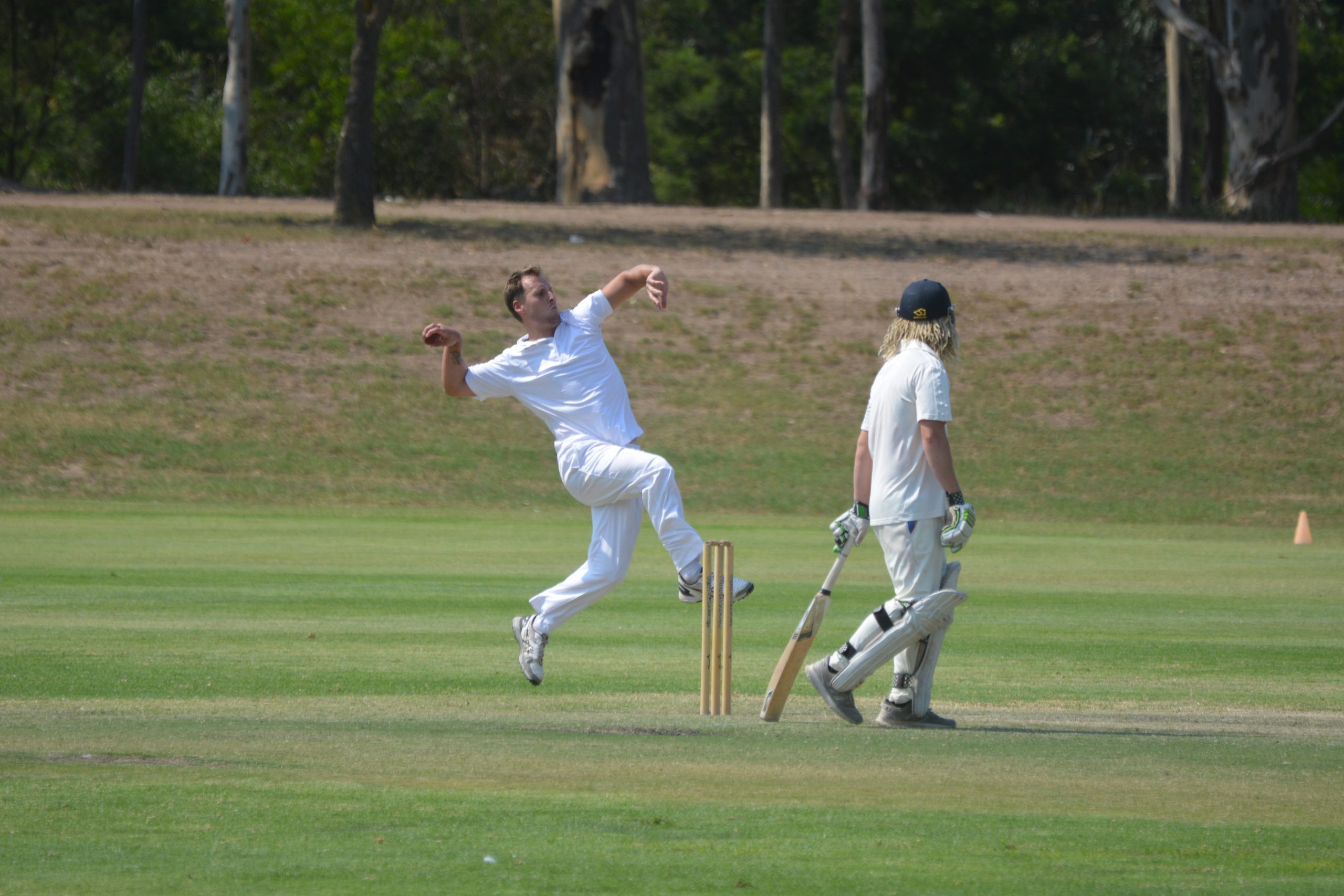 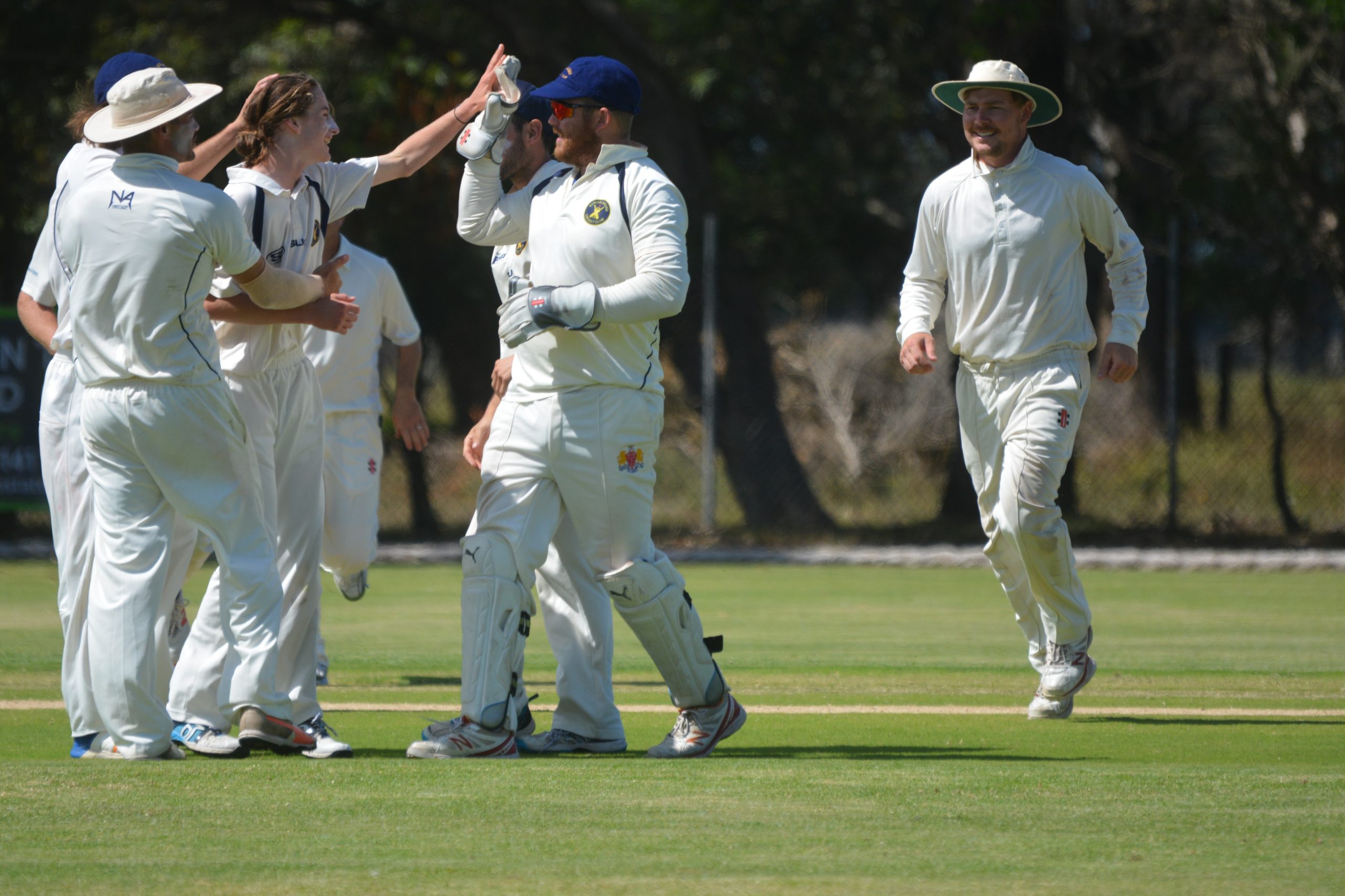 The Bulls were too strong for Sale in their semi-final, while the Saints continued their meteoric rise by defeating minor premier Collegians.

In reply to the Saints’ 209, College was 9-134, when Tom Hams joined Mark Nicholls in the middle. Needing 76 more runs to win, the pair had overs to spare. They gradually ate into the deficit, ensuring nerves were frayed among players and supporters of both teams.

Nicholls and Hams got within 24 runs of the Saints’ total, when Nicholls was caught off the bowling of Liam Hurst for 40. Hams was unbeaten on 14.

The home side was on the back foot early in its innings after Todd Mann dismissed Ben Hurley (one) and Stuart Anderson (zero) in quick succession, leaving Collegians 2-1.

Matters got worse for College, when Zach Hurley and Matt Forster were bowled by Jack Wrigglesworth with the score on 18. It was 5-22 after Nick Grainger was caught off Mann’s bowling for 11.

Jack Tatterson and Jayden Allison appeared to steady the ship for Collegians, but their 38-run partnership ended when the College captain was out for 12.

Allison was trapped in front of his stumps by a Hurst delivery for 35, leaving Collegians 7-73 and in dire straits.

Isaac Love and Charlie Morrison set about rescuing the Collegians innings with their 49-run stand, which ended when Morrison was caught off Louis Howard’s bowling for 10.

Love was the ninth batsmen to fall, becoming Jordan Price’s second wicket, out for 43.

It left a mountain for the final two batsmen to climb, of which they fell agonisingly short.

Mann bowled 20 overs for the Saints, claiming 3-45, while Wrigglesworth, Price and Hurst each took two wickets.

On Saturday, Saints captain Toby Leeds, coming in after opener Mick Roberts was out leg before wicket to Tatterson for the duck, top-scored with 42. Leeds and Wrigglesworth took to the score to 49 before the latter was caught off Tatterson’s bowling for 35.

Tatterson sent down 27 overs for Collegians, finishing with 5-60.

After Tom Langshaw was out LBW to Nicholls for 13, Leeds and Howard added 46 runs for the fourth wicket. However  both were dismissed with the score on 116 – Leeds was caught off Anderson’s bowling, while Howard was run out for 29.

Jonathon Outhart (38 not out), Price (19) and Mann (15) added valuable runs as the Saints passed 200 and set Collegians a challenging target.

Outhart and Beech added 36 runs for the final wicket, which turned out to be crucial in the result.

Anderson and Nicholls both claimed two wickets for Collegians.

The Bulls bowled the Swans out for 164, a score the home side passed with five wickets and 26 overs in hand on Sunday.

Toby O’Reilly and Cloete Buitendag both collected four wickets for Bundalaguah on Saturday.

With key batsman Rohan Blandford out for two, John Mayman was the rock of the Sale innings, scoring 73. When he was stumped off O’Reilly’s bowling by Nathan Hibbins, the Swans were 8-151.

With five overs to bat, Bundalaguah was 0-6 at stumps.

Nigel Sellings was out early on Sunday for one, brining together Jason Langshaw and Buitendag. They took the score to 56, when the South African was caught off Lachlan Carman’s bowling for 24.

Langshaw and Hibbins added 75 runs for the third wicket until the former was bowled by Ben Jones for a well-made 73.

After losing captain Sam Bedggood for eight, Hibbins and Gayahan Munsinghe took the Bulls level with the Swans, when the Italian was caught behind off Andrew Nicholas’ bowling for 12.

Jones and Nicholas finished with two wickets each for the Swans.