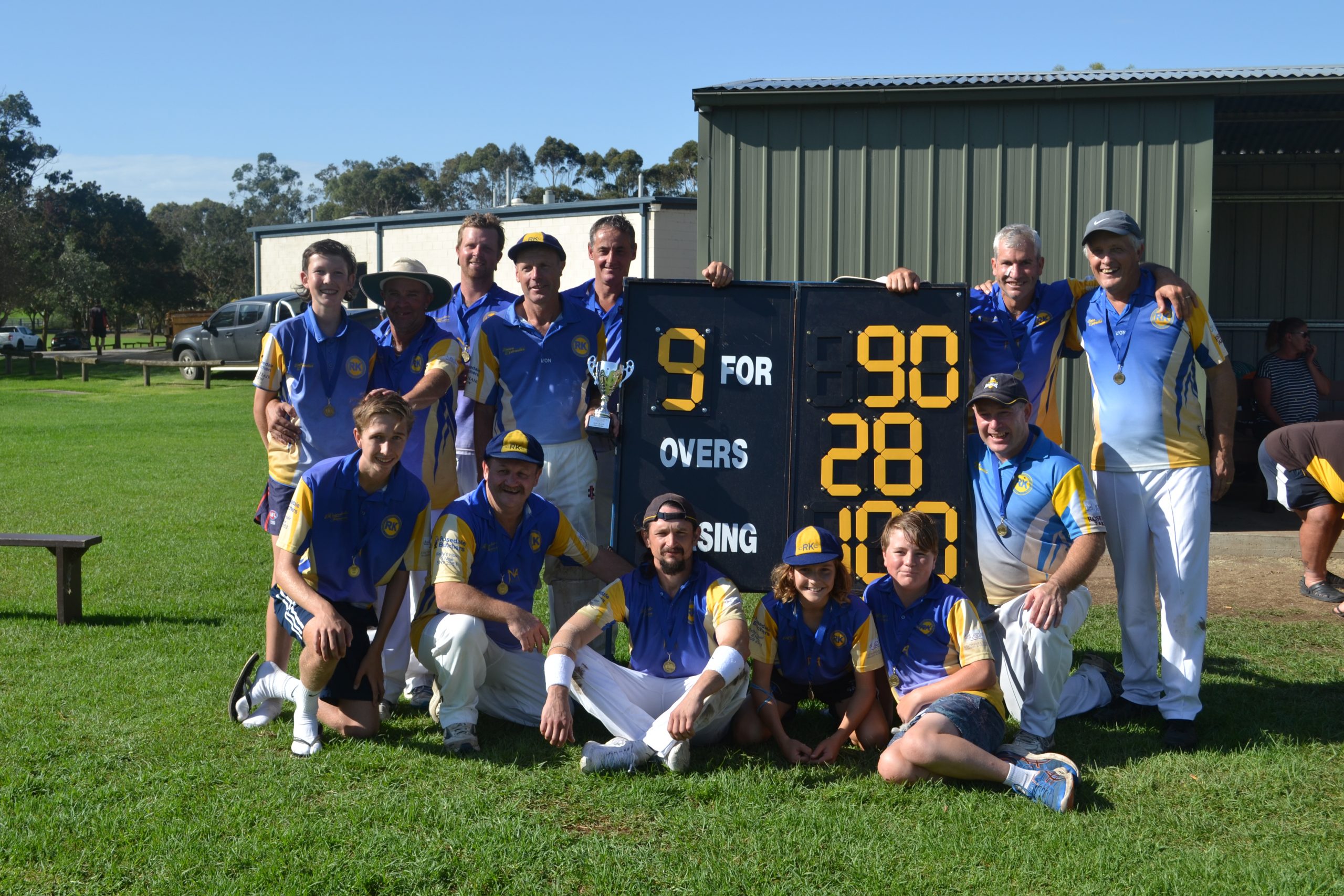 THE Sale-Maffra second grade cricket grand final will continue on Saturday after rain and cover blown off the pitch forced play on the opening day to be abandoned.

The match at the Catholic College Oval is evenly-poised, with Maffra 5-64 in reply to Heyfield’s 134.

The decision by Maffra to ask Heyfield to bat first on Sunday paid dividends early, when the Kangaroos were 3-9.

Ash Vogt and Macauley Lawrenson added 22 for the fifth wicket before Lawrenson was caught off Ian Hone’s bowling for 13. When Hone claimed Vogt’s wicket for 18, the Kangaroos were 5-56.

It was possible the Eagles could have wrapped by the match in one day after having their opponents 9-78, but Steven Johns and Jonathan Zdrazil combined for a 56-run final wicket partnership. Johns was out for 40, leaving Zdrazil unbeaten on 26.

Maffra’s innings began promisingly, with Andrew Higgins and Craig Pendrick taking the score for 34, when Higgins was caught off Corey Sullivan’s bowling for 19.

Hamish Nettleton and Jim Reeves saw the Eagles to stumps, needing 71 more to win with five wickets in hand.

Peter Berryman and Rory Smith have taken two wickets each for the Kangaroos.

DESPITE rain on Saturday, the three one-day grand finals were completed.

Sale was too strong for Longford in third grade at Sale Oval.

The Swans made 8-176, with Luke Bate unbeaten on 65 and Anthony Jago making 51. The pair added 94 for the seventh wicket.

Clinton Osborne was the pick of the Longford bowlers, taking 3-17 from eight overs, while fellow opener Nathan Denney took 2-22.

The Lizards were in trouble when they were 4-12, with Jago taking three wickets.

Tim Barker stood-out, scoring 35, but the Lizards were bowled out for 96, with Jago claiming the final wicket to finish with 3-8.

Bundalaguah put Collegians on the back foot, claiming 4-5 to have its opponent 5-25.

Sutton (51 retired) and Sam Anderson (17) kept College’s hope of victory alive, but it ran out of wickets.

On the Catholic College astro ground, the Warriors were sent in to bat and were bowled out for 99. Daryl Sebire was the backbone of the innings, scoring 44, while captain Ian Freshwater made 20 at the top of the order.

The Kangaroos were bowled out for 90. Luke Goodwin took 3-15 and Harper Fox 3-19 for the Warriors.