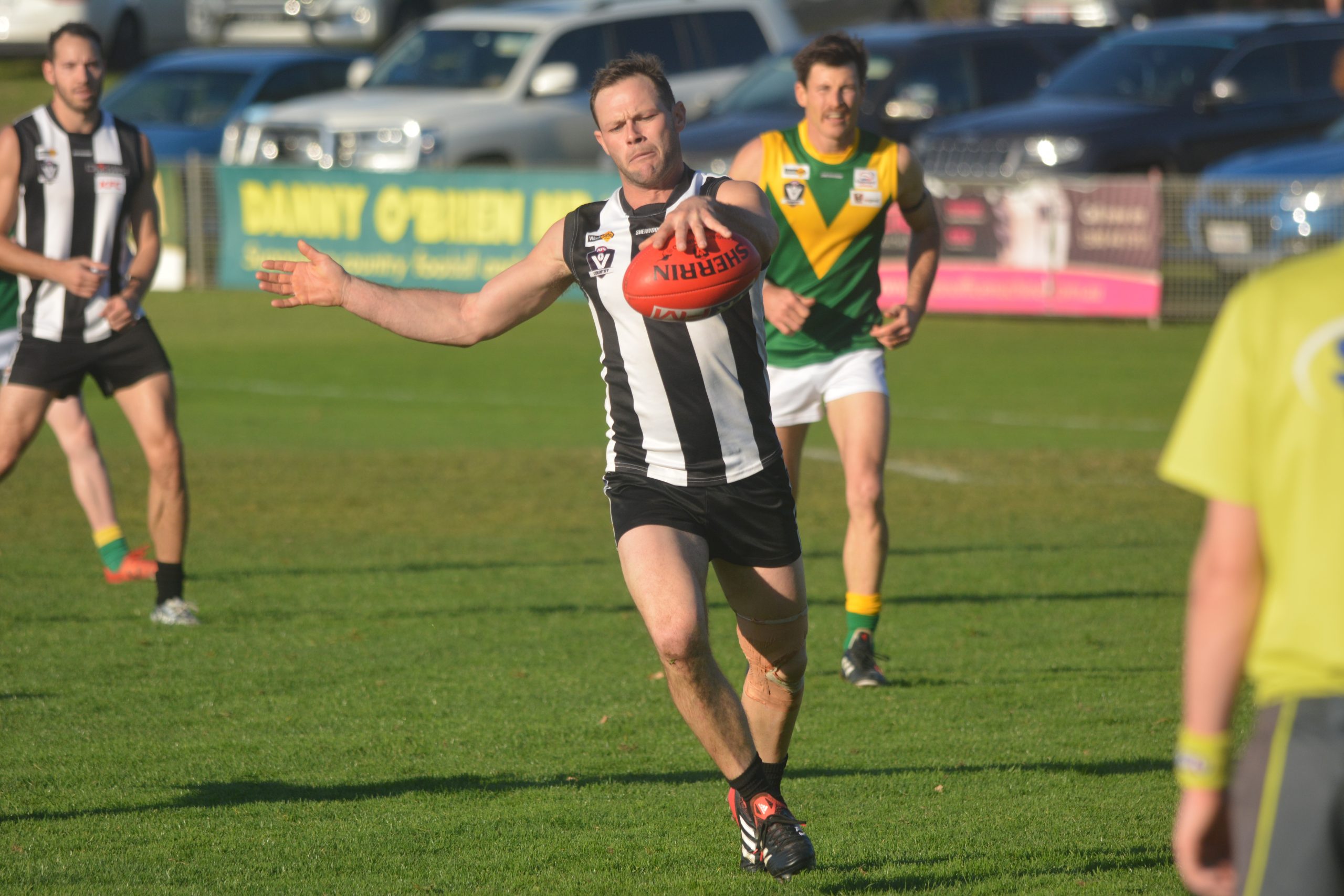 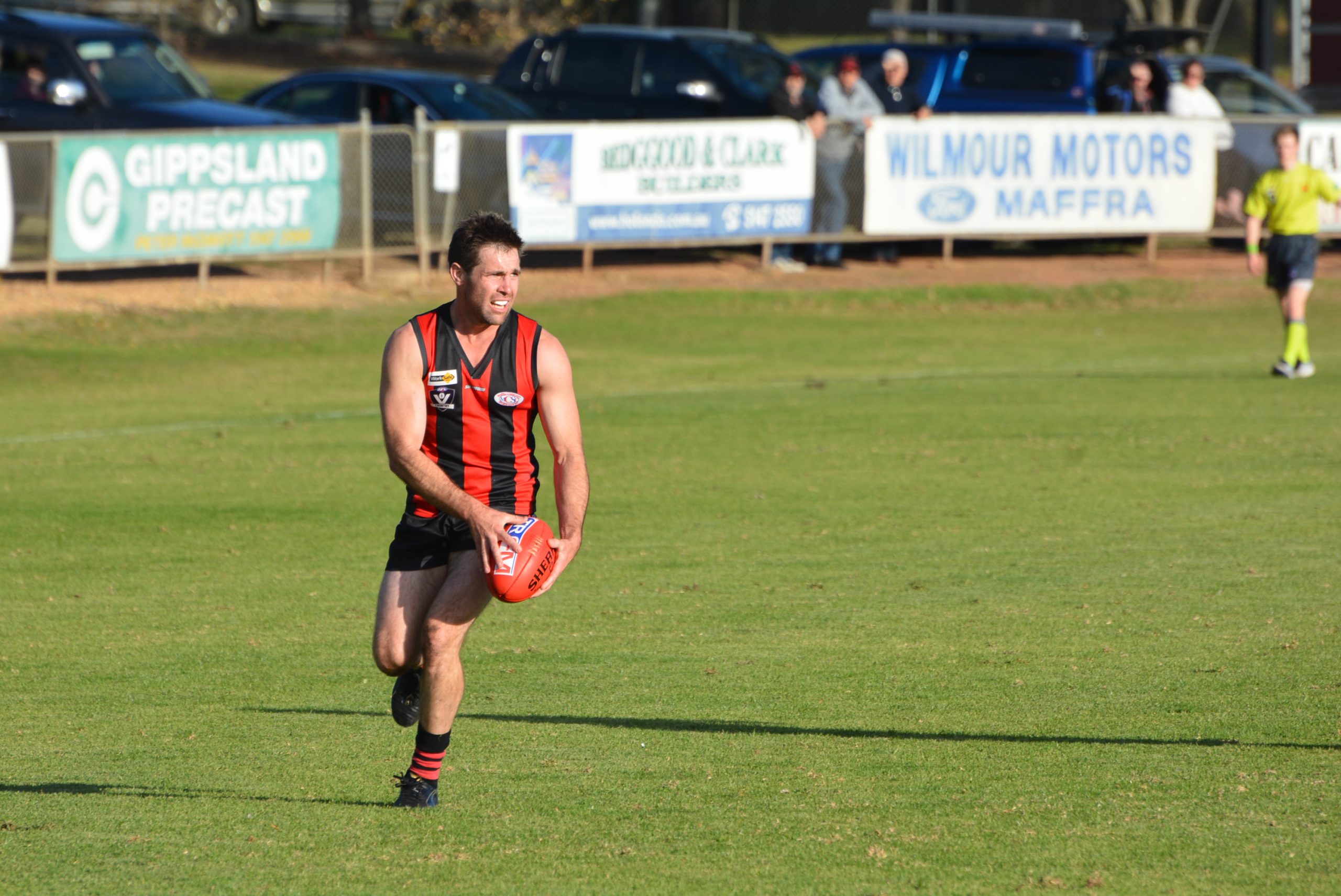 LEONGATHA will feel it is primed to secure a hat-trick of premierships in 2019, with the acquisition of a number of significant players into the already star-studded line up.

Former Leongatha players will return this season, including Justin Pellicano and key players Nick Nagel, who is back after four years away from the club, and forward Aaron Hillberg, who is returning after a season in the West Gippsland league.

The Parrots have lost the services of premiership player Julian Lockwood, but otherwise appear largely unchanged.

With the Parrots’ reserves also winning the flag last season in stunning fashion, Leongatha should again be one of the league pacesetters in 2019.

WAYNE Butcher will oversee another season in charge at Maffra.

Joel Lambourn returns to the Eagles from Queensland, while Jack Egan comes down from the Murray region.

With an experienced list at his disposal, and with the majority of Maffra players having played in excess of 100 games together, Butcher will be eyeing off another top three finish to again make an assault on the Gippsland League premiership.

TRARALGON will take confidence heading into this season, following the side’s admirable performance in last season’s finals, where the Maroons came from fifth place to only just miss the grand final after Maffra held them off by just three points in the preliminary.

Traralgon has been busy on the recruiting front, targeting players from the VAFA and North Gippsland league.

New coach Tim McGibney will inherit a talented side, that will get to showcase its new lights when it takes on Moe in round three.

WITH the evenness of finals and the cutthroat nature of the league, Sale may still be sporting after its straight sets exit last season.

The Magpies finished the home-and-away season in third position, but were haunted by a rampaging Traralgon who got over them by 10 points in the first semi-final.

Despite this, Sale was the biggest improver in 2018, chalking up 14 wins and only missing top spot by a game and percentage.

Fourth year coach Shane Fyfe will feel he has the ingredients for another good season, with limited player movement demonstrating that players are happy at the Magpies nest

Tom Hams will be a welcome inclusion from Inverloch-Kongwak, and supporters will hope he and others will be able to fill the void left by two-time premiership player Andrew Quirk.

The senior team will have Kyle Dunkley available when he is not on duty with Gippsland Power.

AFTER being there-or-thereabouts for the past two seasons without ever getting past the second week of finals, Moe will be looking to climb into the top three in 2019, while improving its consistency of performance which has plagued the Lions recently.

Lachlan Sim comes in for his third stint as senior coach, replacing James Blaser, who will continue as a player after three years in the job.

The Lions secured the big name signing of the summer, landing former St Kilda key forward Spencer White, who has since been joined by fellow AFL players Leigh Montagna and Bernie Vince.

The club has lost a number of young players under the age of 23 to local minor league clubs, but will be hoping those coming through will be able to cover the losses.

AFTER a frustrating 2018 campaign saw the Gulls lose four games by under 10 points, new coach Ben Hughes will be hoping to see Warragul reverse its fortunes this season.

Warragul has picked up a few players from the neighbouring Ellinbank and West Gippsland leagues, and, given its liking to tough conditions, should produce some winning results as the winter months get closer.

Key player Luke Tynan will be available for selection when he is not required for VFL side Casey.

BAIRNSDALE will need to win four more games than it did in 2018 to give itself a chance of playing finals.

With one of the strongest home ground advantages in the league, and strong juniors coming through from its under 18 grand final team of last season, the Redlegs should be raring to attack 2019 full of fight.

The Redlegs’ decision to reintroduce a reserves team during the off-season has seen a large influx of players come across from the East Gippsland league to test their ability in the major competition, which should aid both the depth and talent of their list.

AFTER finishing 2018 with three consecutive wins, Drouin would have taken some motivation heading into preseason, as the Hawks sets about continuing to build after some struggling times.

The evenness of the competition was on full show in round 16 last season, when Drouin upset eventual premier Leongatha on its home deck, in what may well be on the minds of players wearing the Hawks jumper throughout 2019.

THE highly-credentialed Dennis Knight will take over a relatively young Morwell side for 2019, and will be looking to give further senior football exposure to a number of players.

Jack Hudson will be available if he is not required for Casey, while former Moe player Josh Hecker has some Gippsland League experience and should fit in well.

The Tigers will need to cover the losses of goal scoring dynamo Brandon McDonald, dual premiership player Daniel Hutchison and the experienced Kane Grinstead-Jones, who is off to coach Yinnar in Mid Gippsland.

DESPITE collecting the wooden spoon in 2018, Wonthaggi was far from disgraced in many of its matches. The Power as only comprehensively defeated on five occasions, and defeated preliminary finalist Traralgon along the way.

Proving to be more than a handful at home, the Power will be hoping its investment in juniors, which saw the under 16s reach the second last week of finals, will reap rewards in seasons to come.

Wonthaggi will introduce a few players from the outer Melbourne suburbs this season, and may have former Collingwood player and local Jarryd Blair available if his commitments to VFL club Port Melbourne allow.