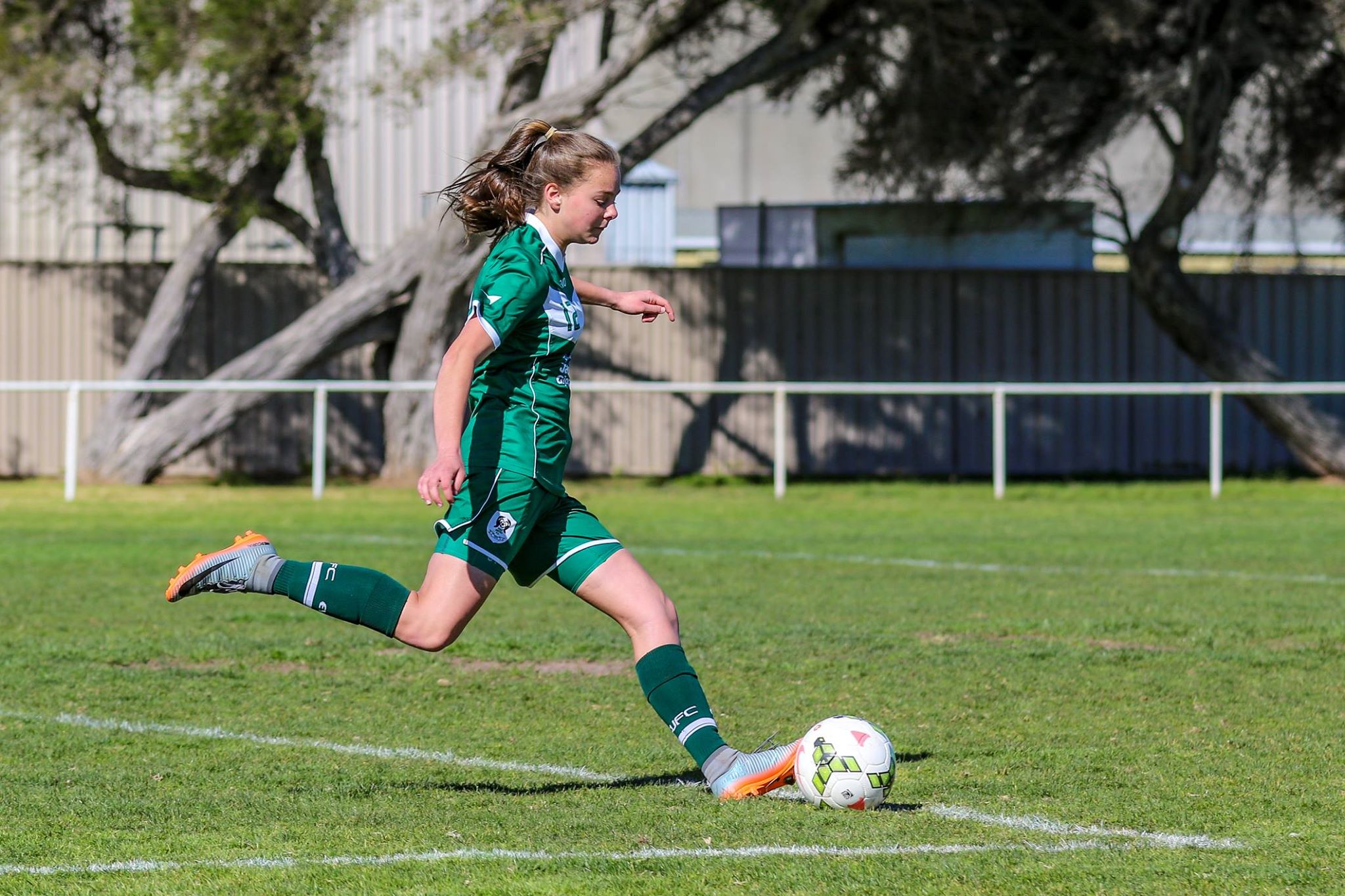 SALE United continues to stay ahead of the pack on the LVSL women’s ladder.

The Swans had a hard fought 2-0 win over Newborough-Yallourn United at Burrage Reserve to continute their undefeated start to the season.

The first half was physical, with NYU applying pressure from the outset, but Sale outclassed the home side and scored two quality goals courtesy of 14-year-old Hollie Ryan.

Sale began the second half where it left off, attacking the Combine defence, but was unable to capitalise and find the back of the net.

Sale goalkeeper Teagan Fairbrother couldn’t put a foot wrong and held every shot fired at her.

Meg Wilson and Captain, Lillian Tesselaar, were solid as centre backs, calmly stealing the ball numerous times from their opponents.

The Sale midfield continued to rise to the occasion, dominating possession and creating many goalscoring opportunities.

Madeleine Hinder was outstanding, while Lemoni Japhary and Isobel Dunn combined well to continually move the ball forward to open up the game.

Sale United will play Monash on Saturday night from 6pm at Torress Street Reserve, Newborough. Entry will be free for spectators.

Moe United continued its ride up the table with a strong 5-0 win over Traralgon Olympians. The Red Devils are making vast improvement over last year, when they had to forfeit some matches.

Fortuna stayed close to the top with a 3-0 win over Monash, Falcons won its second match with a 4-2 victory over Trafalgar, and Traralgon City was on target with a 12-0 thumping of Churchill.