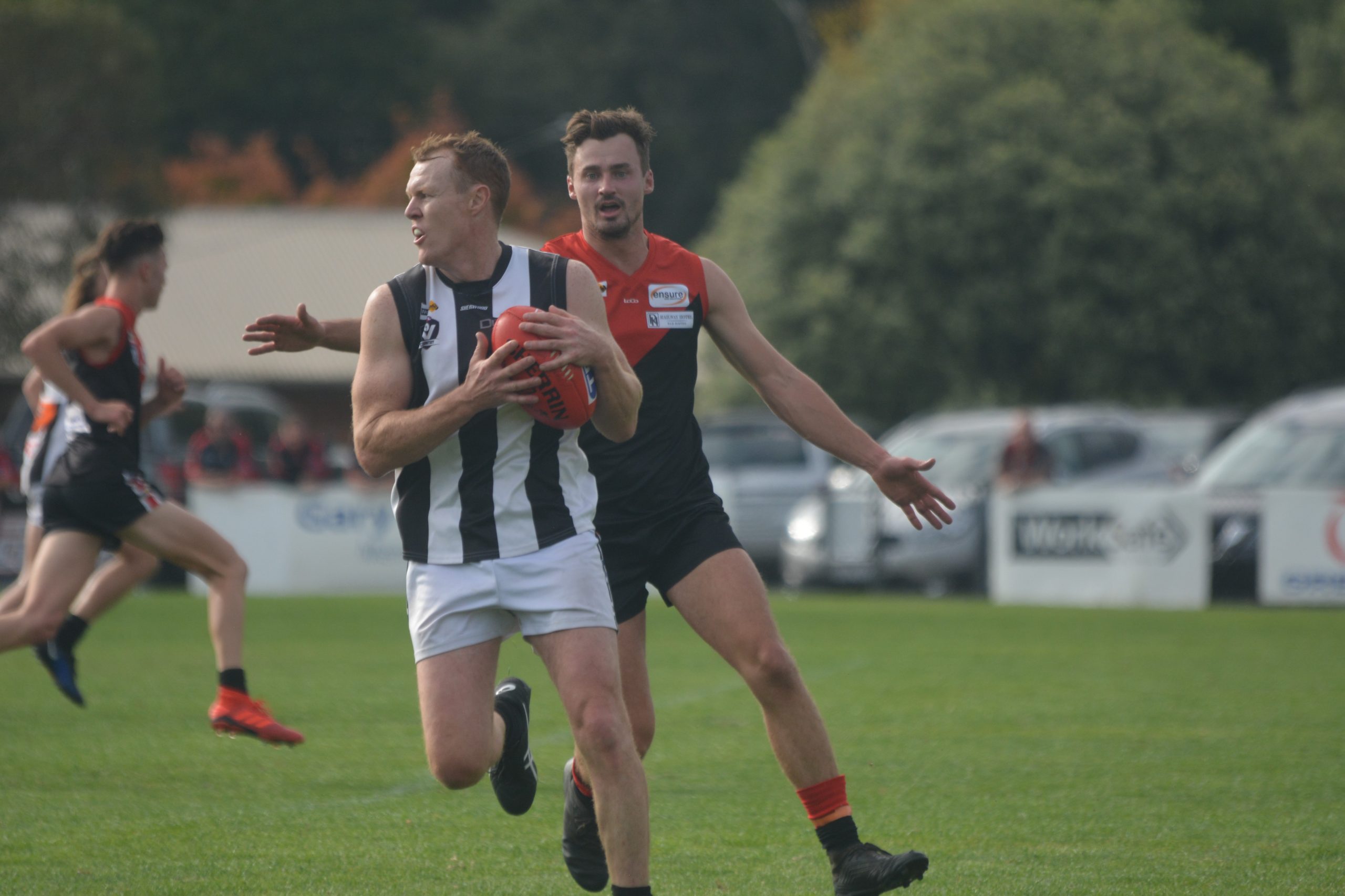 LOCAL bragging rights will go on the line on Friday, when Maffra hosts Sale in a Good Friday footy blockbuster.

In second place on the Gippsland League ladder, Sale is one of three teams undefeated after two rounds. Maffra is fourth, with one win and a loss.

Former AFL and SANFL player John Butcher could play his first game for Maffra since the 2009 grand final, with a clearance for the forward approved.

Both teams have played Bairnsdale already. The Magpies defeated the Redlegs by three points in round one, before the Eagles won by 26 on Saturday night.

After losing in round one at Leongatha, the Eagles will be buoyed by their ability to bounce back and hold off Bairnsdale’s challenge.

Kade Renooy has put in good back-to-back performances off half-back to begin the season, while Jack Johnstone has been strong on the ball.

The Magpies were too strong for Warragul on Saturday, winning by 31 points.

Tom Hams has been exceptional in his return to Sale. His work with Kane Martin has helped the Magpies take control of the midfield.

Mitch Dowse has also been outstanding in defence.

Last year, the Magpies won their first match at Maffra since 2014, outclassing the Eagles by 37 points. The victory also ended Maffra’s seven-game winning run against the Magpies.

IN a day of local derbies, Wonthaggi will play Leongatha today.

The Parrots have won their past six matches against the Power.

The undefeated Parrots will be favoured to win on Friday, following victories over 2018 finalists Maffra and Traralgon. After victory in round one, the Power was disappointing last weekend, losing at Morwell by 59 points.

THE rest of round three will be played on April 27 and 28.