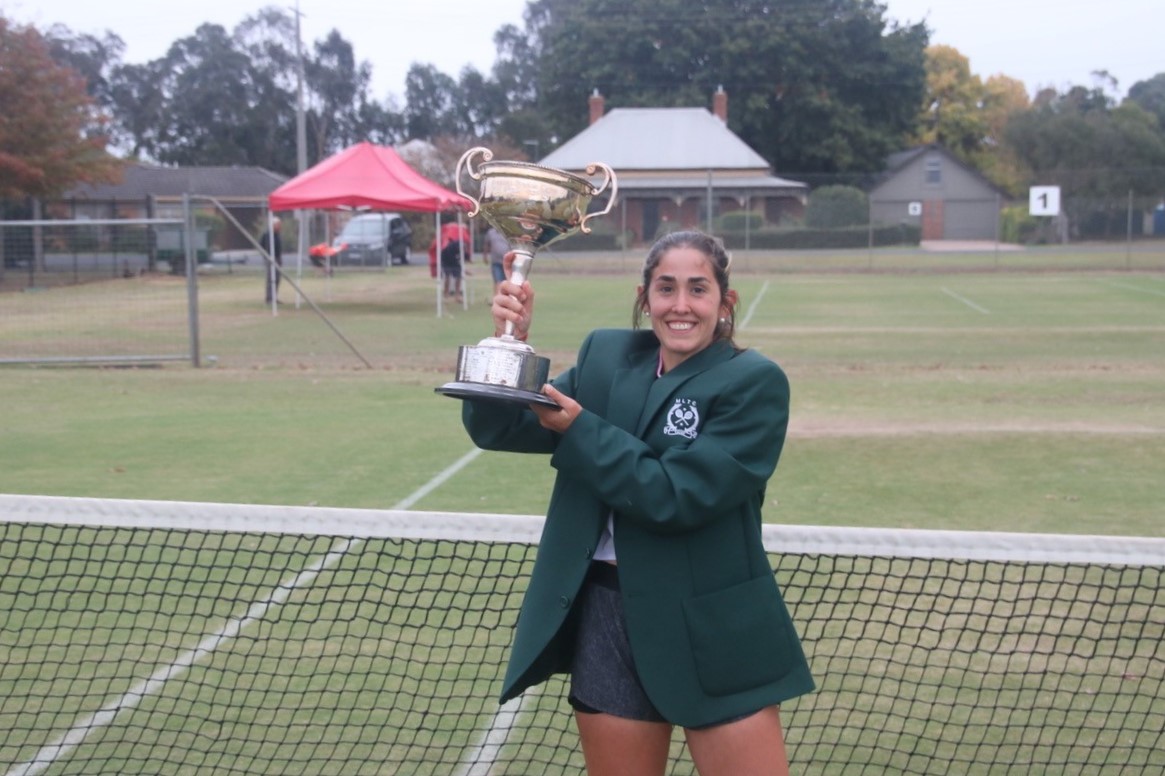 Clements, ranked 101 in Australia, swept his way through the men’s President Cup draw with clinical efficiency, dropping only one game across his first four sets for the tournament.

On Sunday, Traralgon’s Ben Grumley promised more of a challenge to the number two seed, but Clements still scooped the victory in straight sets, 7-5, 6-2.

An upset on the other side of the draw, as number one seed Zac Osborne, ranked 85 in Australia, was defeated by Maffra’s Mitchell Allman 7-6 and 6-2, which meant Clements faced off against his own doubles partner in the singles final.

Allman, no stranger to a Maffra Easter Tournament decider, was hoping to repeat his 2018 victory over Clements, but the Inverloch native had other ideas.

With pride on the line, Clements focussed and barely missed a shot the entire match, to bag an impressive 6-1, 6-3 victory.

Less than 15 minutes after shaking hands, the pair were back on court – this time on the same side of the net, for the open men’s doubles final.

After the singles, the duo must have been seeing the balls like watermelons, as they needed just over an hour to overcome the number one seeded pair of Osborne and Anthony Zafiris in straight sets, 6-2, 7-6.

In the women’s President Cup, tournament firsttimer Belen Barcenilla Coll, who originally hails from Spain but has been based in the Australian Capital Territory this year, upset defending champion Sophie Vickers, to take victory in a three set slog-fest.

Not quite as effortlessly as Clements, Barcenilla found real challenge in Cranbourne’s Belle Thompson, ranked 211, in the second round.

Barcenilla eventually claimed the match 3-6, 6-3, 6-4 in two hours 11 minutes, to cement her spot in the grand final.

On the other side of the draw, honorary local Vickers, originally from Bairnsdale, was untroubled by Berwick’s Priscilla Dawson and Rosanna’s Kerrie Douglas to book her place against Barcenilla.

Spectators knew they were in for a marathon, when the first set, which Barcenilla took in a tiebreak, stretched longer than an hour.

In fact, the match’s final time fell short of last year’s longest match by a minute, at three hours and four minutes – with Barcenilla taking the match 7-6, 6-7, 6-4.

Similarly to Clements and Allman, Barcenilla and Vickers then teamed up in the open women’s doubles to comfortably take the title 6-1, 6-2 against Thompson and Dawson.

A record number of new entries was a welcome boost to this year’s tournament, which runs from Good Friday to Easter Monday annually.