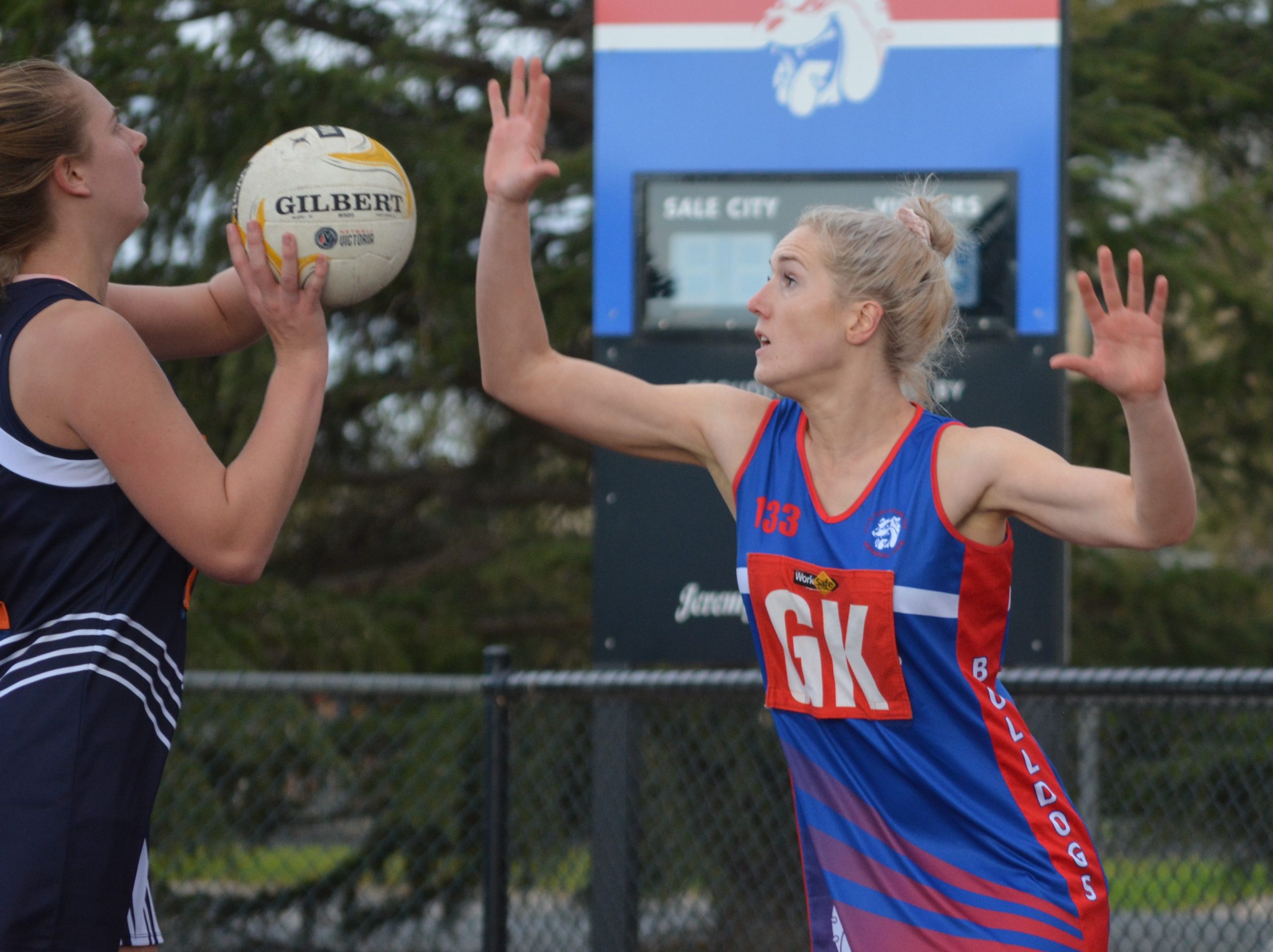 ROSEDALE is the only undefeated teams remaining in North Gippsland A grade netball.

The Blues ended Sale City’s unbeaten start with a 46-31 victory on Saturday at Stephenson Park.

Glengarry moved into second spot with a 56-29 win over Gormandale.

Five teams are on two wins, with the Glengarry ahead of Woodside, Sale City, Yarram and Heyfield on percentage.

The Swans are in fourth place with two wins, while the Bombers are yet to get off the mark.

Lucknow is only the team with a perfect record after three rounds, having defeated Paynesvilles 64-22 on Anzac Day.

The Magpies are two points ahead of Lindenow, which drew with Wy Yung, 37-37, on Sunday.

Orbost-Snowy Rovers is in third place, ahead of Stratford on percentage, following its 48-35 loss to Lakes Entrance.

THE split third round of Gippsland League netball finished on the weekend, with Traralgon defeated Moe 46-43 in a rematch of last year’s grand final, Morwell winning at Bairnsdale, 41-65, and Warragul defeating Drouin 51-41.