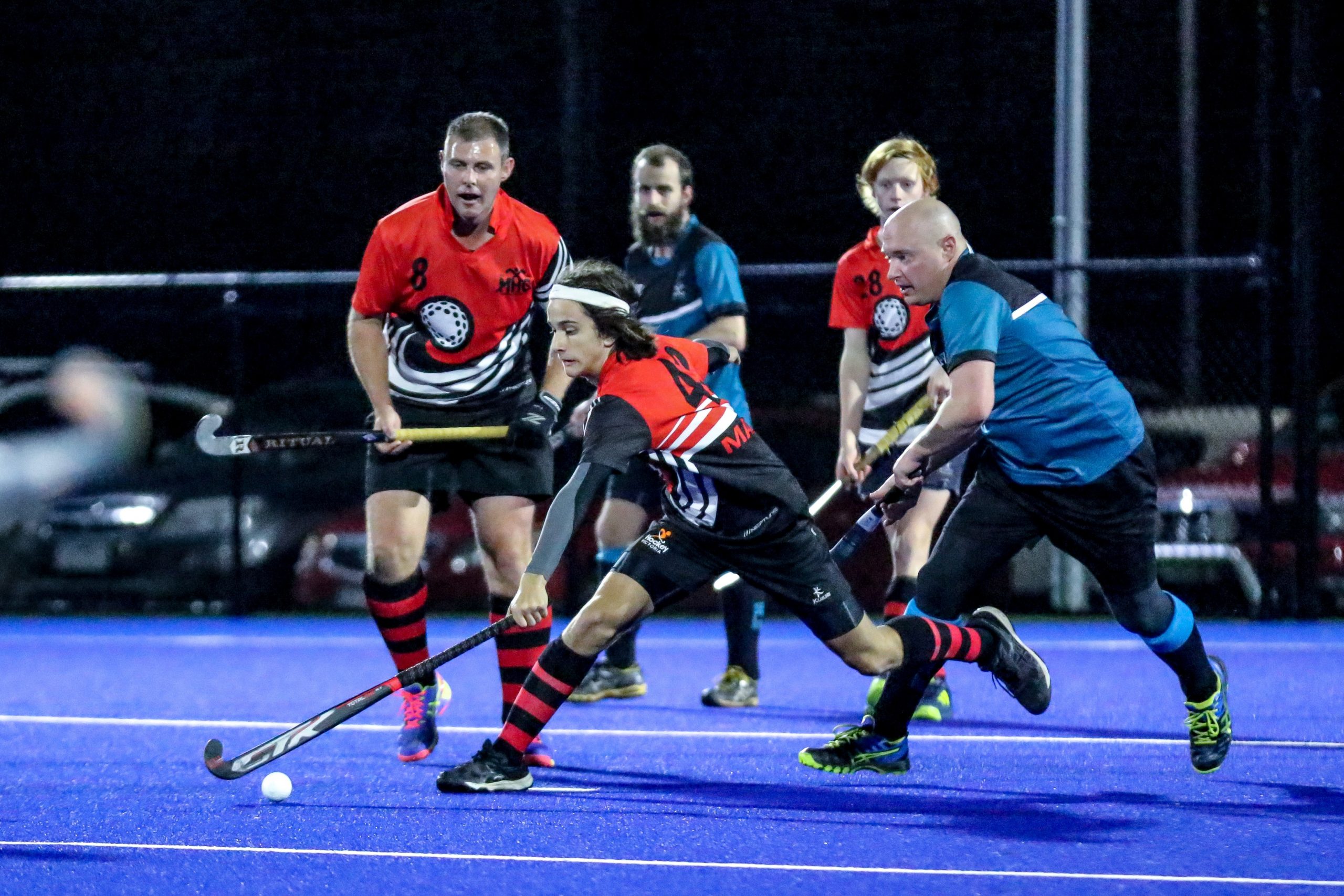 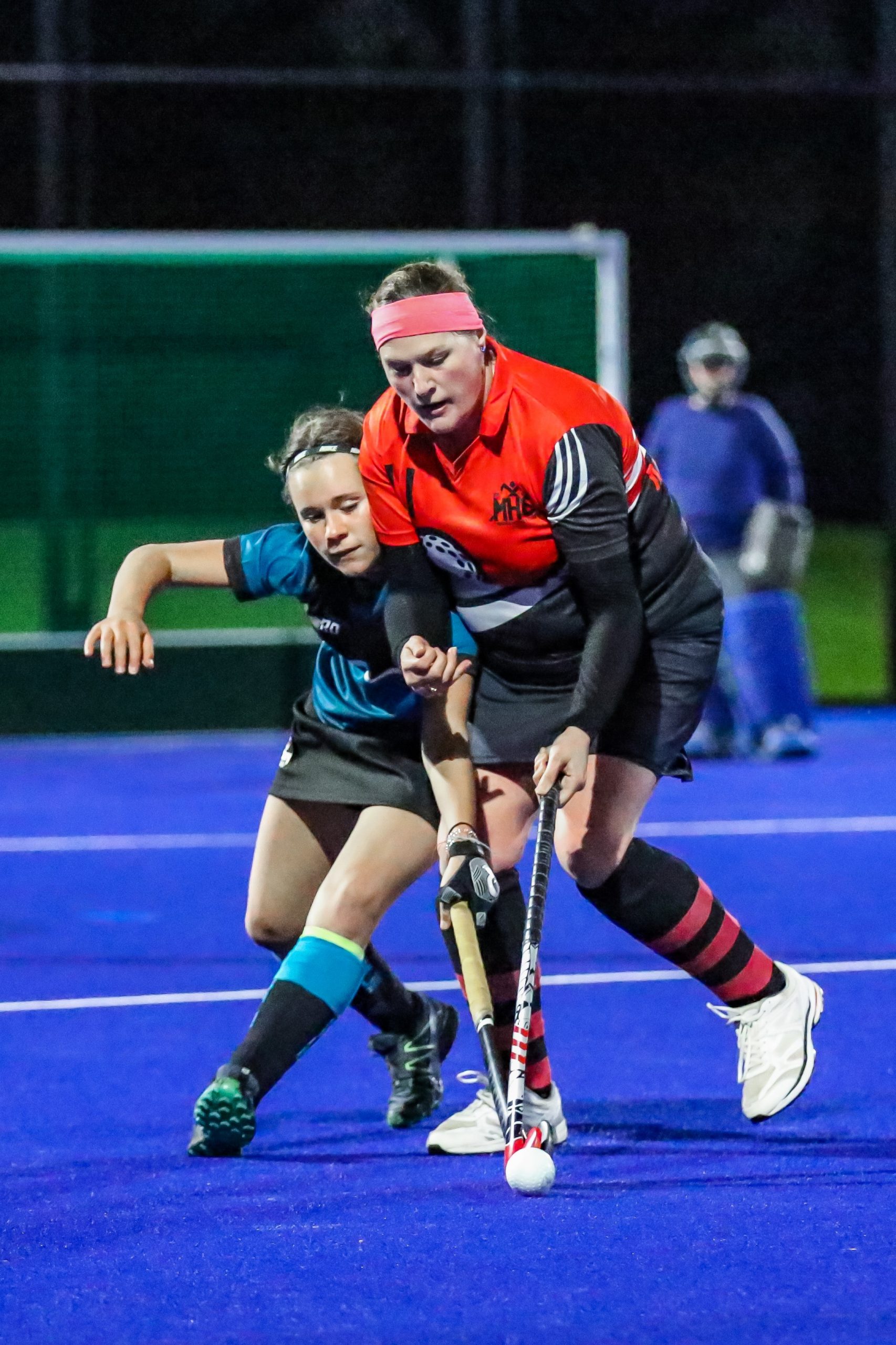 THE East Gippsland Hockey Association entered the modern era at the weekend, with matches played on the region’s first synthetic field at the Gippsland Regional Sports Complex in Sale.

The complex was established to form a hockey hub for the Sale, Maffra and Wellington hockey clubs, who share the venue as co-tenants.

Under lights on Friday night, the grand final rematch in the women’s senior division took place with defending premier Maffra taking on Sale.

Both teams began strongly with Sale pressing early. Maffra capitilised on a counter attack and solid goal by Jessica Cull.

Maffra extended its lead through a short corner conversion by Kahlia Hillbrich, before Sale closed the gap through a goal by Stacey Palmer in her first match for the club.

Maffra then shot out to a 4-1 lead thanks to goals on either side of the half-time whistle, again by Cull and Hillbrich.

Palmer brought the margin back to two with her second for the night, before Cull completed her hat-trick and sealed the win for Maffra.

Following this, Sale and Maffra’s open teams took to the field and Sale got its premiership defense off to the ideal start after Lenny Van Der Velden pounced on a loose ball in the attacking circle, slotting it into the back of the net.

Sale polished off the result after a clinical finish by Cameron Wrigglesworth, closing out the match 4-0.

Junior teams kept the action going on Saturday morning, with many under 11s taking to the field for their first hockey match in the association’s half-field competition.

They were followed by the under 13s, where Hamish MagGregor proved the difference across the field scoring all four goals in Maffra’s 4-0 win.

Maffra had five different goals scorers in Mia Humphirs, Chloe Lenehan, Hamish MacGregor, Eden Scully-Paxton-White and Nikolas Valette, in a strong performance against a young Sale side who scored two second half goals off the stick of Thomas Wrigglesworth.

Maffra got the jump on Sale in the under 18s, with two early goals before Sale evened the ledger with two of its own.

Nine different goal scores found the net in a high scoring match with Maffra proving too strong, to finish a 6-3 winner.

Wellington returned to the field in the under 18s and women’s team after a year away from the competition. Orbost’s experience was too strong in both grades winning 6-2 and 22-1 respectively.

Back under lights, Wellington and Orbost faced off in the open grade, which was a rematch from last season’s minor semi-final.

Both teams couldn’t be separated after 70 minutes, finding the net once each off the stick of Bayley Hill (Wellington) and Oscar Cruden-Smith (Orbost).

At Bairnsdale, Nagle hosted local rival Bairnsdale in the under 13s and women’s, with Bairnsdale winning the former and Nagle the latter.

The action will continue this week with a double header at the GRSC. Sale will host Wellington and Maffra with host Swan Reach, while Bairnsdale will welcome Orbost.