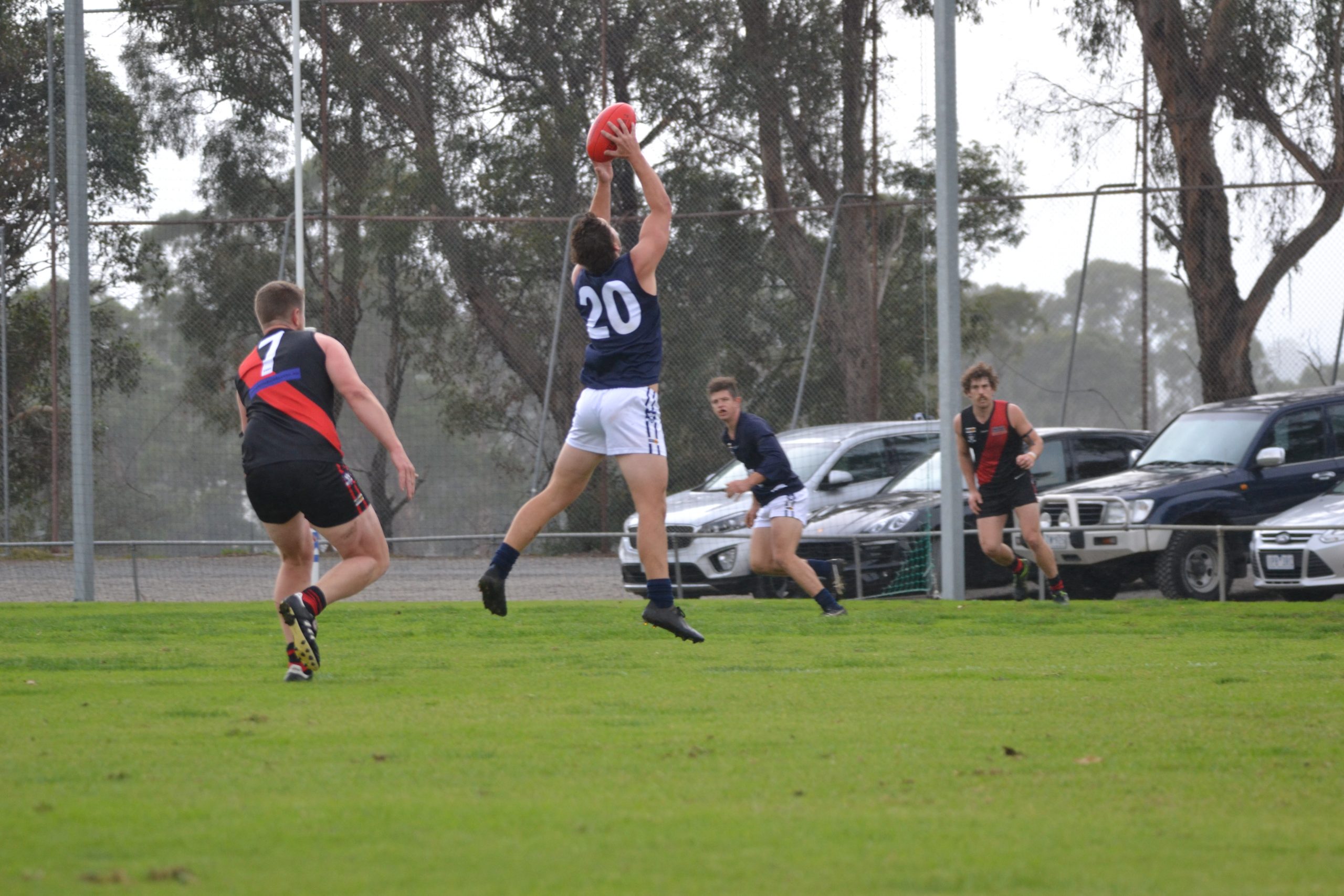 ROSEDALE held off Traralgon-Tyers United in a thriller in round five North Gippsland football action on Saturday, 8.9 (57) to 7.12 (54).

The Blues made the most of their opportunities in the first quarter and scored two goals and two behinds to TTU’s four behinds, to lead by 10 points at the first change.

The Bombers were more accurate in the second, kicking six goals to Rosedale’s four, to overturn the margin and lead by a single point at half-time.

A hotly-contested third quarter finished in a stalemate, with both sides failing to find the scoreboard at all, before two straight goals to one goal and two behinds helped the Blues over the line.

Kaleb Watson and Brandon McDonald finished with two goals each, as did Guy Sinclair and Jordon Collopy for TTU.

The Roos were relentless in the first half, holding the visitors to a single goal and two behinds to stand 61 points in front at the main break.

Charlie Driffield enjoyed a day out and returned to the rooms with a bag of five goals, while Jesse Bedggood was also impressive and finished with four.

Shaun Humphreys and Jesse Jackway got in on the action and snagged three majors each while James Conway scored two and singles went to Joel Dinsdale and Nick Dinsdale.

Jack Gay and Gary Jones kicked two each for Woodside in the loss and Tom King and Jeremy Morgan each kicked one.

LADDER leaders Sale City was the latest to hand a luckless Gormandale side defeat, the round five thrashing the Tigers’ fifth straight loss by more than 100 points, 24.18 (162) to 1.1 (7).

Nick Grainger made the most of his opportunities with eight goals for the Bulldogs in the hiding.

Chris Marriott kicked the Tigers’ only goal of the game in the last quarter.

The Demons started with a modest eight-point lead at the first break which ballooned to 29 at half-time and 35 at the last change.

CHURCHILL continued on its merry way in the inaugural Blue Ball game, disposing of Cowwarr with relative ease on Saturday, 15.12 (102) to 8.6 (54).

The fixture, which aimed to raise awareness of prostate cancer, got underway with a three-goal to one term in the Cougars’ favour.

Their lead was stretched to 25 points at half-time, and 40 points at the last change, before another three goals set the final margin at eight goals even.

Kurt Holt and coach Chris Williams reaped the rewards for Churchill and finished with three goals each, while Cain Iorangi kicked two and singles went to seven others.

For the Saints, Shane Morgan, Ned Gowers and Riley Johnston kicked two each.