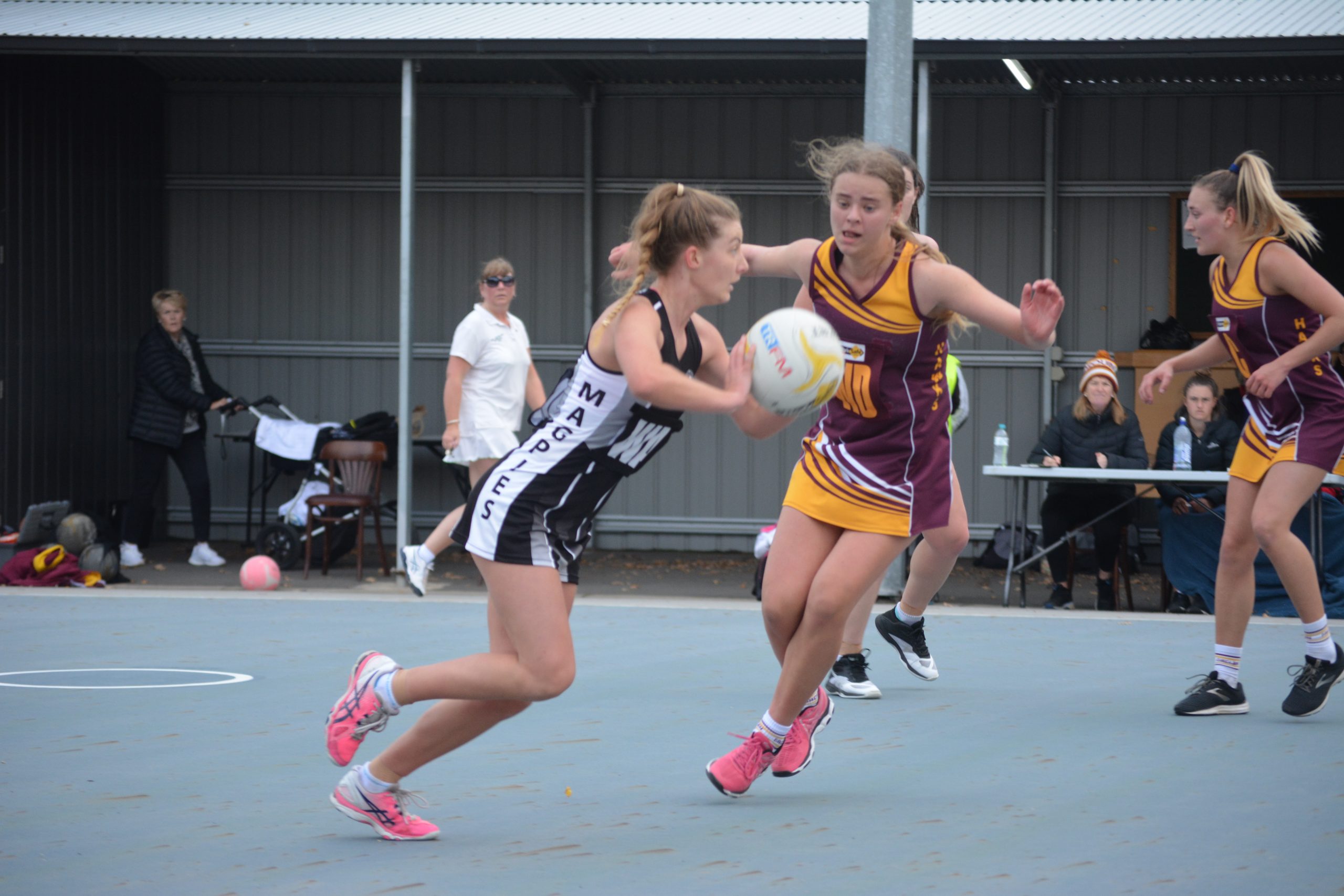 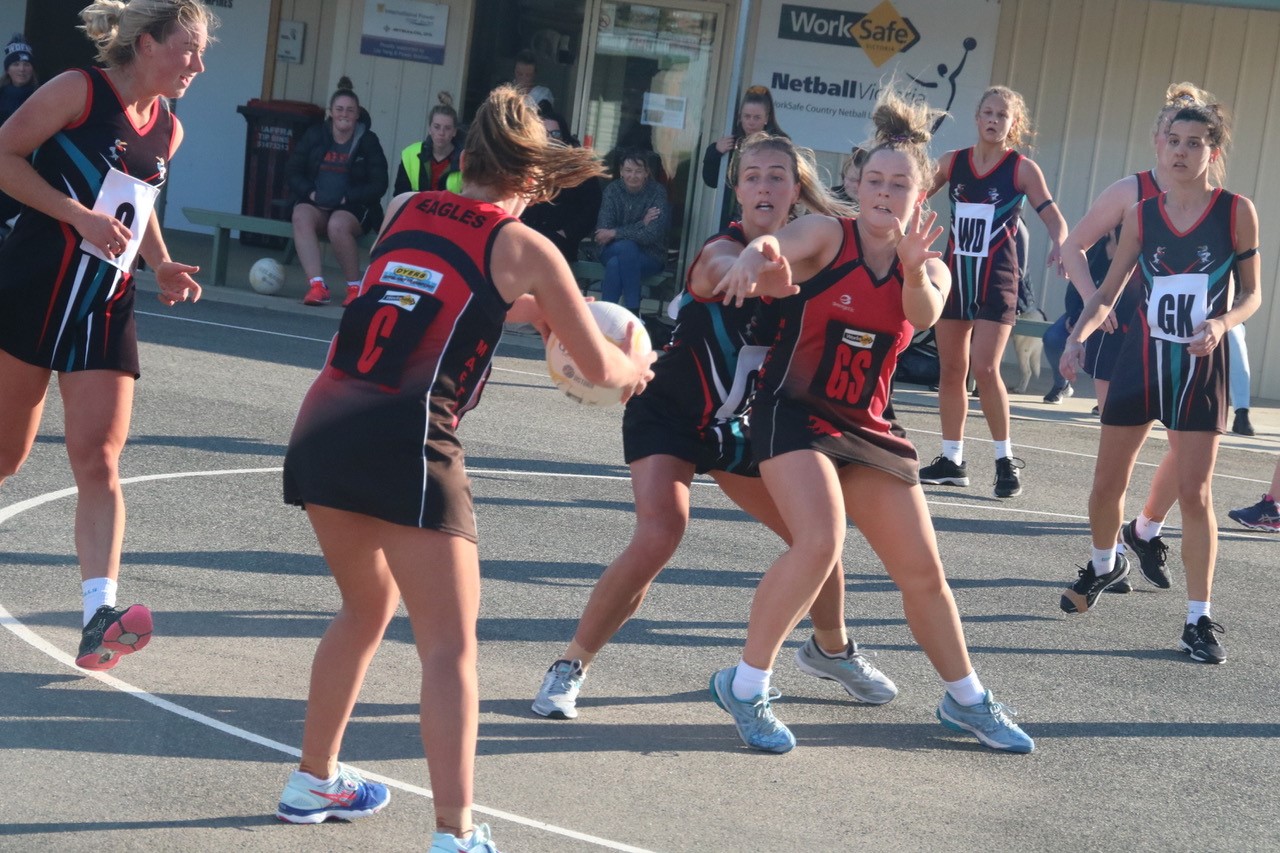 SALE fell to Drouin in round five of Gippsland League netball at the weekend, after a seesawing struggle eventuated into a four goal loss for the Magpies.

Both the Hawks and the Pies have had a tough time of the draw, and went into the game with one win notched for the season a piece – the weekend’s match a decider for which team could inch off the undesirable half of the ladder.

Drouin led by two at the last change, but steady play from Sale resulted in a one goal margin by the midway mark.

Drouin’s Stacey Gardiner shot with precision accuracy to widen the gap and get Drouin over the line, 57-53.

Along with Gardiner, wing attack Ruby Pratt and goal keeper Lia Olsen were also in the best for Drouin.

Tori Dessent, who was sharp in midcourt, was best for the Pies, joined by goal keeper Ruby Phillips who continued her consistent form, and Jenny Wrigglesworth, who had a great game in attack and worked hard to keep Sale in the contest.

Because of interleague clash in the AFL Victoria Community Championships, the Magpies will have a week off to reflect on the loss before they face their biggest challenge yet in Moe.

MAFFRA suffered its second consecutive loss, this time at the hands of Warragul – 30-47.

With the Eagles missing four from their regular rotation, the undefeated Gulls, who sit comfortably in third, were able to capitalise – particularly in defence.

Maffra’s Abbey Pleydell, Leyla Berry, and Anna Gaw (in her 2019 debut for the Eagles’ A grade side) fought hard, but were exhausted by the impenetrable defence Warragul piled on.

Best-on-court for the Eagles, workhorse Emma Allman tried to control the pace through the midcourt and applied plenty of defensive pressure, but Warragul had no trouble poking holes in Maffra’s defence, and worked the ball down the court relatively effortlessly.

After the break, the Eagles will make the long trek south to Wonthaggi, which is yet to record a win this season.

In other matches, Morwell got up over Leongatha 59-31, a winless Bairnsdale side were overrun by a rampant Moe 29-70, and Wonthaggi had no luck against Traralgon, as the Maroons notched a whooping 62-25 percentage booster.