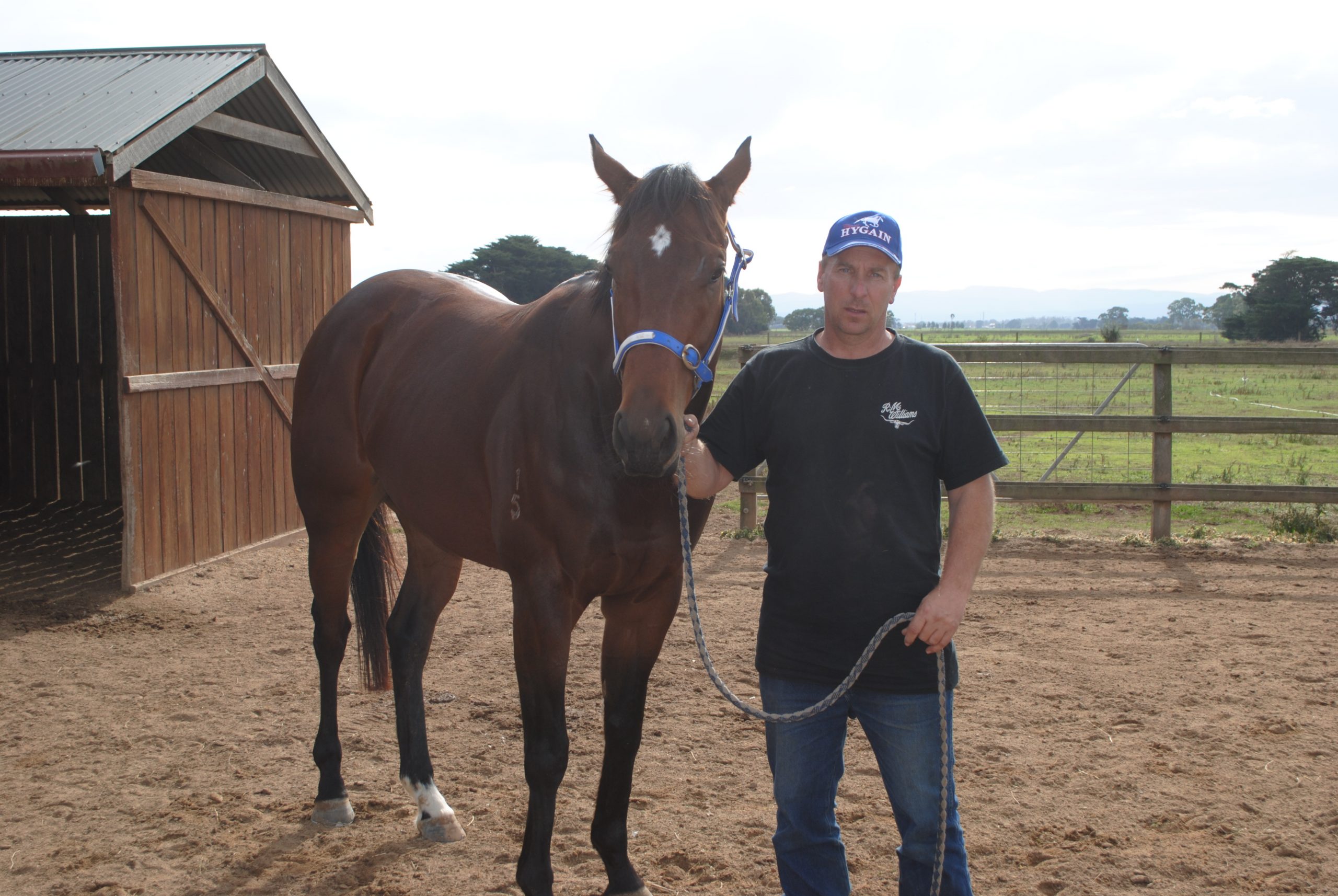 STAR Bundalaguah gelding Not Enough Effort will be flying the local flag when he races at Flemington on Saturday, and the team at Trolove Racing is hoping the three-year-old will continue his unbeaten run.

Boasting a perfect record after wins at Sale and a double at Sandown this year, the galloper takes unparalleled form into tomorrow’s 1100 metre race.

Trolove Racing foreman Andy Perdon said the team had been working hard and were confident of a good showing.

“We expect him to run well, they need luck in running and all the rest of it but not many horses actually win their first three in a row so to do what he’s done is pretty remarkable,” Perdon said.

“If he wins he’s very smart as there is some handy horses in there. There’s a horse called Anjana which was one of Darren Weir’s, and it’s already won $600,000.”

Mr Perdon said the naming of the horse ‘Not Enough Effort’ was ironic given his recent record, but highlighted the need to remain persistent and patient in the training game.

“He was just young then, it takes time, but early doors he didn’t show a great deal but through progression he’s just gone really well.

“He’s probably the best horse we’ve had so far, there’s a fair bit of hype on him so hopefully he lives up to it.”

The Bundalaguah crew and a number of owners will be riding every metre at Australia’s most famous racetrack on Saturday.

Be sure to look out for the bay coloured horse jumping out of barrier two in race nine.