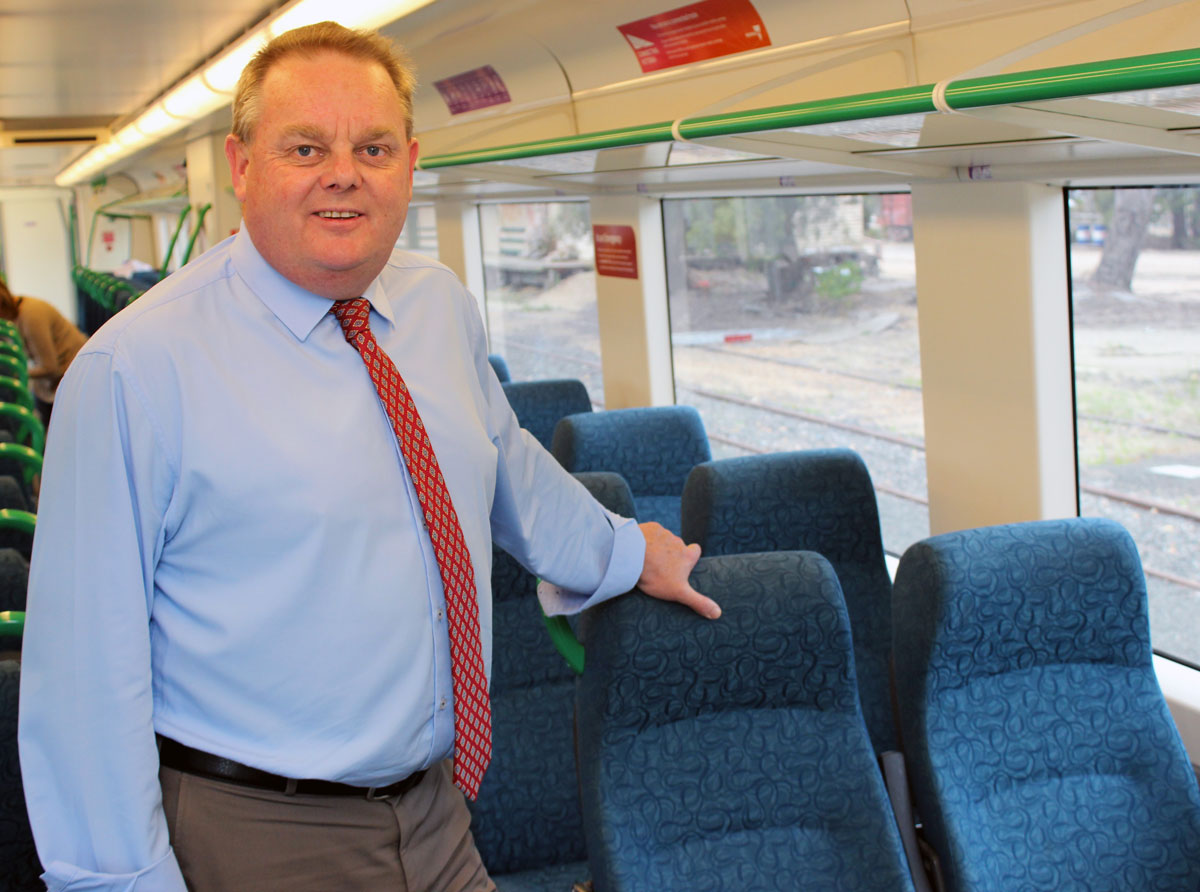 THE long haul carriages in service on the Bairnsdale line that form part of V/Line’s classic N set locomotives have received their long awaited air-conditioning upgrade.

Gippsland East MLA Tim Bull said the upgrade was long overdue, and he was pleased Public Transport Victoria had confirmed the works have been completed.

“The upgrades have increased the cooling capacity of the air-conditioning units by 30 per cent, which will help the system achieve a set temperature of 23 degrees, even in temperatures above 35 degrees.”

However Mr Bull said what was really needed was the new long haul trains.

“These are trains that are capable of speeds up to 200kmh with the extra leg room, accessible toilets, food service, on-board Wi-Fi and mobile phone charging suited to the requirements of long distance travel on the Bairnsdale line,” he said.

“The current V/Locity trains are an improvement, but they are not a permanent solution, and I have had several complaints about the lack of a buffet car on most services.

“We can be thankful that next summer we won’t suffer from unbearable carriages on hot days, but the Andrews government must not think it has overcome fundamental problems with the old, unreliable and slow trains with an air-con fix and stop gap older generation V/Locity trains,” Mr Bull said.