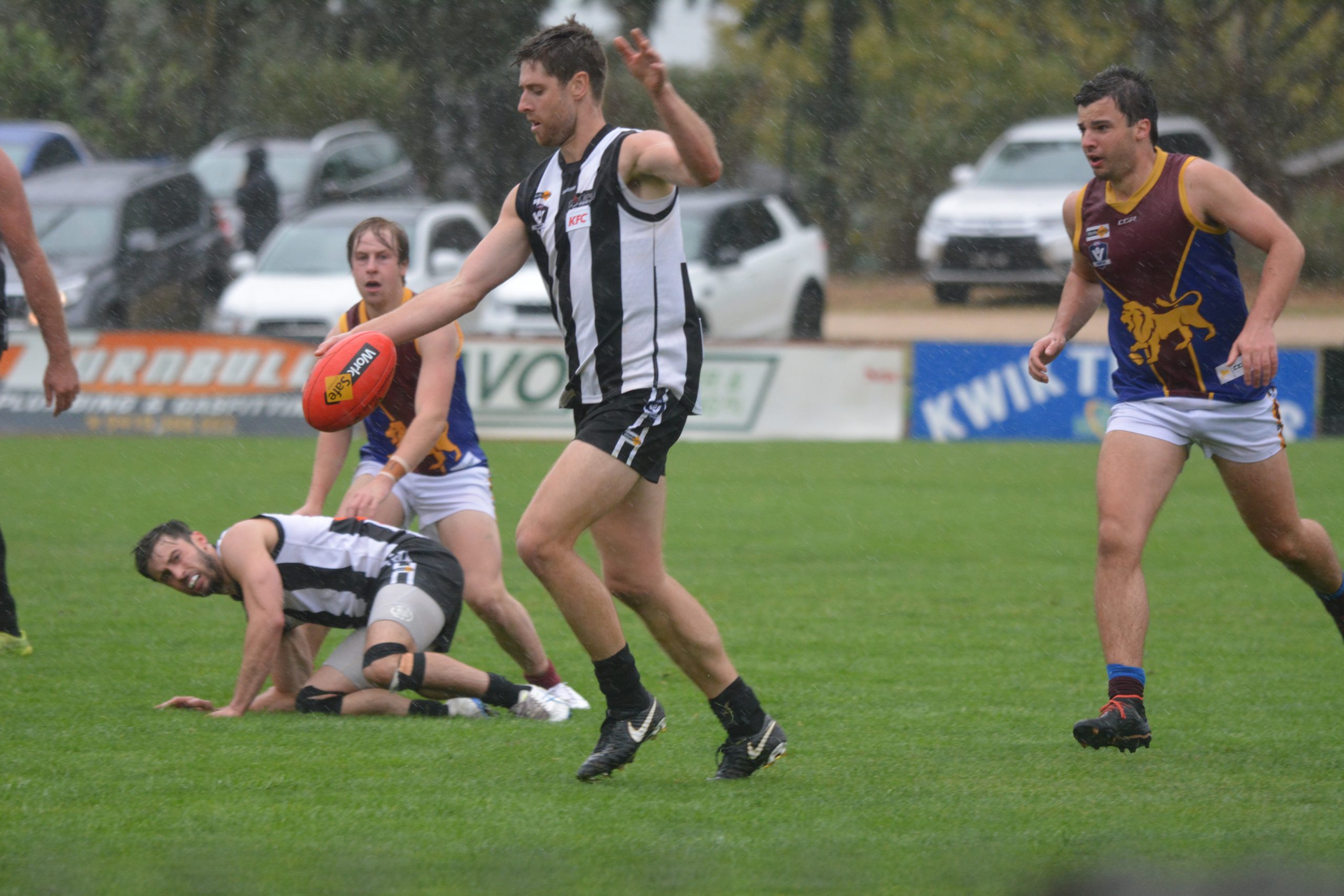 SALE will look to dislodge Moe from the top of the Gippsland League football ladder on Saturday.

With back-to-back wins before the interleague break last weekend, the Magpies trail the Lions on percentage.

After winning their opening four matches, the Lions have had two weeks to recover from its eight-point loss to Bairnsdale.

Former AFL player Bernie Vince, who starred in the opening month across half-back, didn’t play for the Lions in their loss.

Ruckman Dylan Farrell has been among the Lions’ best in their past three matches.

The Magpies built up a solid run of form in their wins over Traralgon and Drouin, with the Lions to provide a big challenge at Ted Summerton Reserve.

All three of the Eagles’ victories this season have been at home. In search of their first win away from home, the Eagles will not take Wonthaggi, which has already matched the two wins of last year, lightly.

The Power has the opposite record to the Eagles, having won both its home games and lost three away.

The Power is coming off two consecutive losses, which threaten to erase the positive of defeating reigning premier Leongatha.

With the highest percentage, the Eagles will move into second place on the ladder if they can win on Saturday.

BUOYED by their victory over Moe before the break, Bairnsdale will remain at home on Saturday to welcome Traralgon.

In sixth place with two wins and three losses, the Redlegs will take on the Maroons, who opened their account in round five by defeating Wonthaggi.

The Maroons will need to contain Brayden McCarrey, who has kicked at least three goals in each match, taking his tally to a league-leading 20.

The Hawks’ loss at Sale ended a promising run of two wins, while the Parrots arrested a two-game losing streak by defeating Morwell by 28 points.

The Parrots sit about the Hawks on the ladder thanks to a vastly superior percentage.

MORWELL will travel to Warragul to play the bottom of the ladder Gulls.

Maffra played both teams before the weekend off, with the Tigers winning by four points and the Gulls losing by 64. The Gulls will be looking to regain the form which helped them defeat Leongatha.