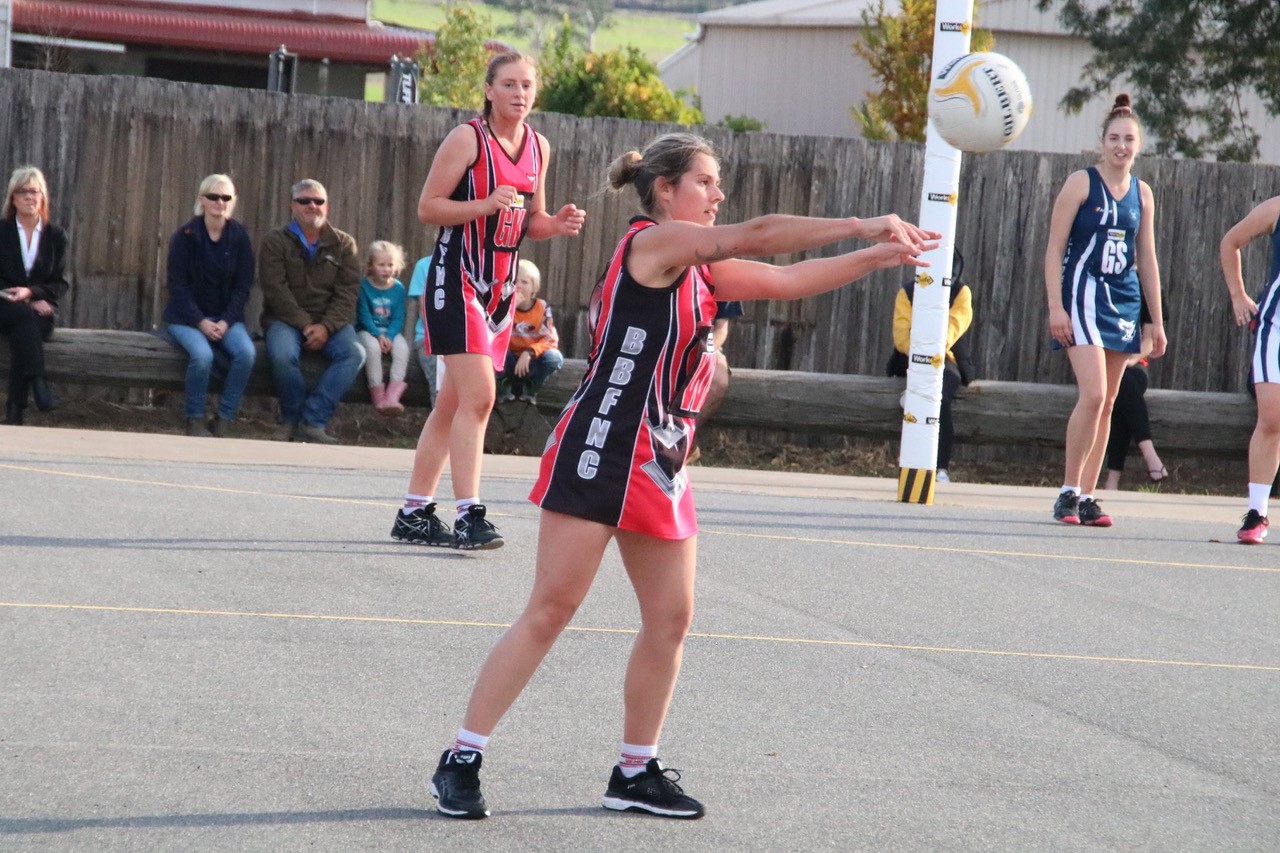 BOISDALE-Briagolong upset Lindenow 45-43 on Saturday to record its second win of the East Gippsland netball season.

After their thrilling win at home over the then ladder leader, the Bombers are 10 points outside the top four.

Stratford was too good at Paynesville, winning 57-26. The Swans are now in third place, trailing top two sides Lakes Entrance and Orbost-Snowy Rovers on percentage.

Lakes Entrance claimed top spot with a 50-38 win at Lucknow.

ROSEDALE stretched its lead on top of the North Gippsland ladder to eight points after a 55-38 victory over second-placed Woodside.

The Wildcats remain in second place, four points ahead of Sale City, Glengarry and Yarram.

Cowwarr upset Heyfield 40-34, and Traralgon-Tyers United defeated Gormandale 56-40 in the battle of the bottom two sides.