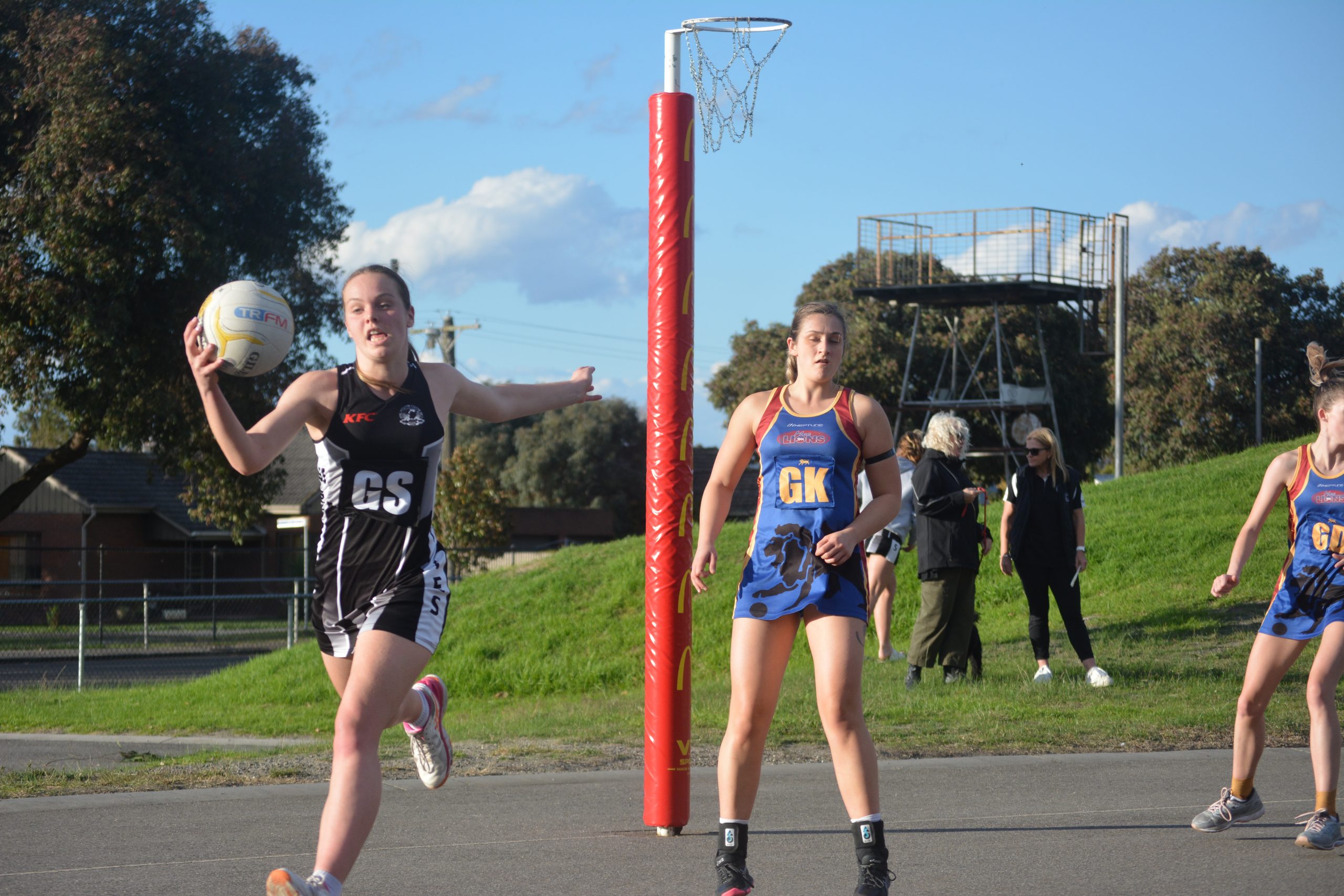 The experienced Lions outclassed the visiting Magpies with quick movement of the ball.

After a slow start, the young Magpies caught up with the Lions in the final quarter, going goal-for-goal, but it wasn’t enough to secure them the match, losing 62-41.

Georgia Moody was the match-winner for Moe, shooting with accuracy, aided by Elise Sim’s quick hands and feet in mid-court, and Shannon Freeman’s long arms in in defence.

Sale will have the opportunity to shimmy up the A grade ladder when it faces sixth-placed Leongatha this weekend on the Parrots’ home courts.

MAFFRA slid through by the skin of its teeth to beat ladder-laggers Wonthaggi, 42-38.

In horrendous, but not unusual, Wonthaggi conditions, the Eagles seemed to have a lot more trouble adjusting to the slippery surface than their southern opponents.

Numerous turnovers in the Power’s favour were caused by involuntary drags, as the Eagles slid their way around the court, struggling to stay upright.

After a slow first quarter, Maffra had a promising turnaround in the second, closing a five goal deficit to lead by two at half time, but inaccurate shooting and sloppy play cost the Eagles their winning margin by three-quarter-time.

In the last quarter, Maffra mimicked its second to capitalise on turnovers and stabilised through the midcourt to close the gap.

Maffra’s Abbey Pleydell was a stand-out in goals, negotiating the physical play well around the goal ring.

Joining Pleydell in the final quarter was birthday girl Faith Biddle – a stronghold in the goal circle, Biddle found space where there was none and shot with precision to secure Maffra a crucial four goal winning berth in the dying minutes of the game.

Maffra is clinging onto fifth position, and will face a gauntlet in coming weeks – with Moe, Drouin, Traralgon and Leongatha on the horizon looking for a percentage booster, the Eagles will have to pull out all the stops if it wants to remain in any sort of position for finals.