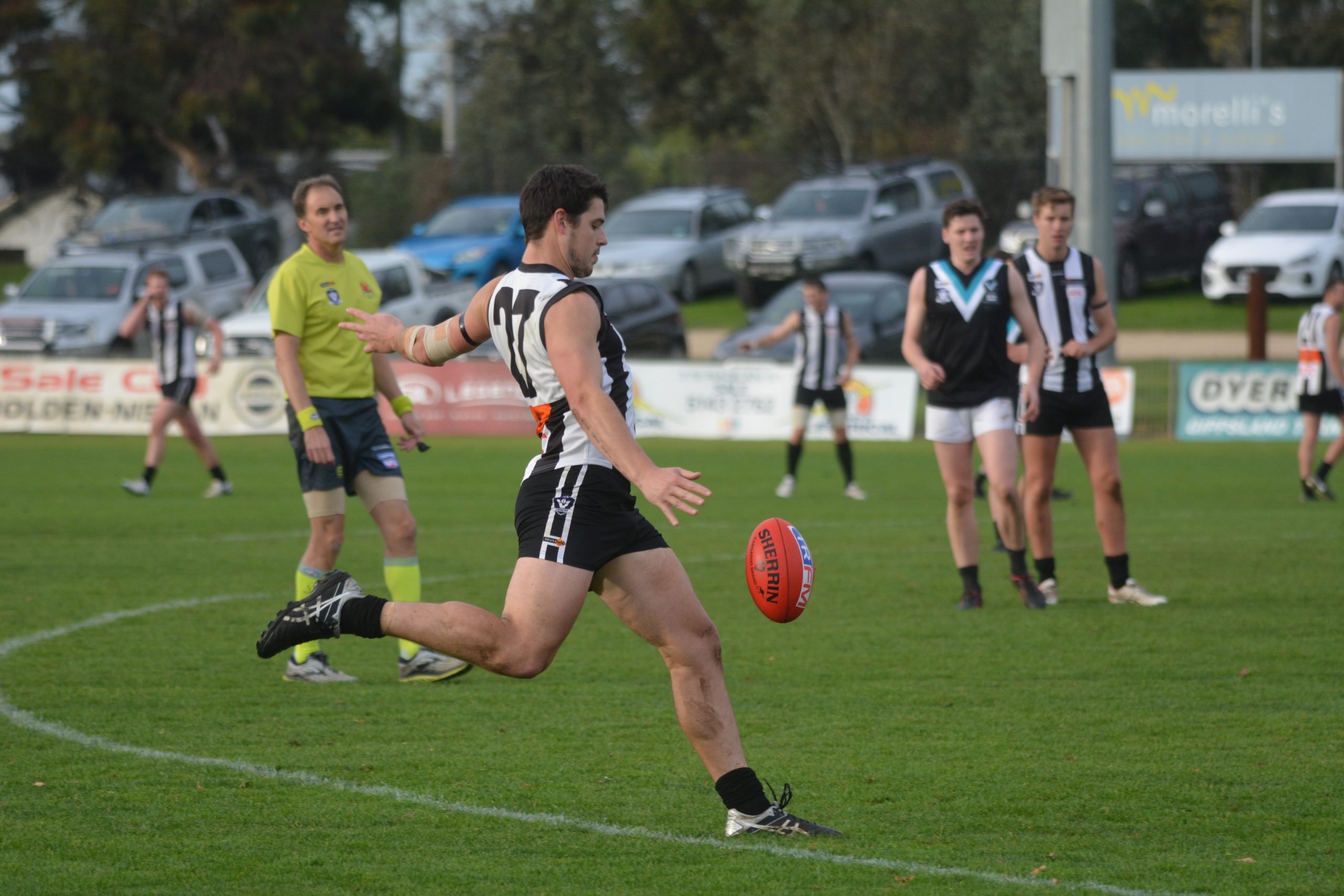 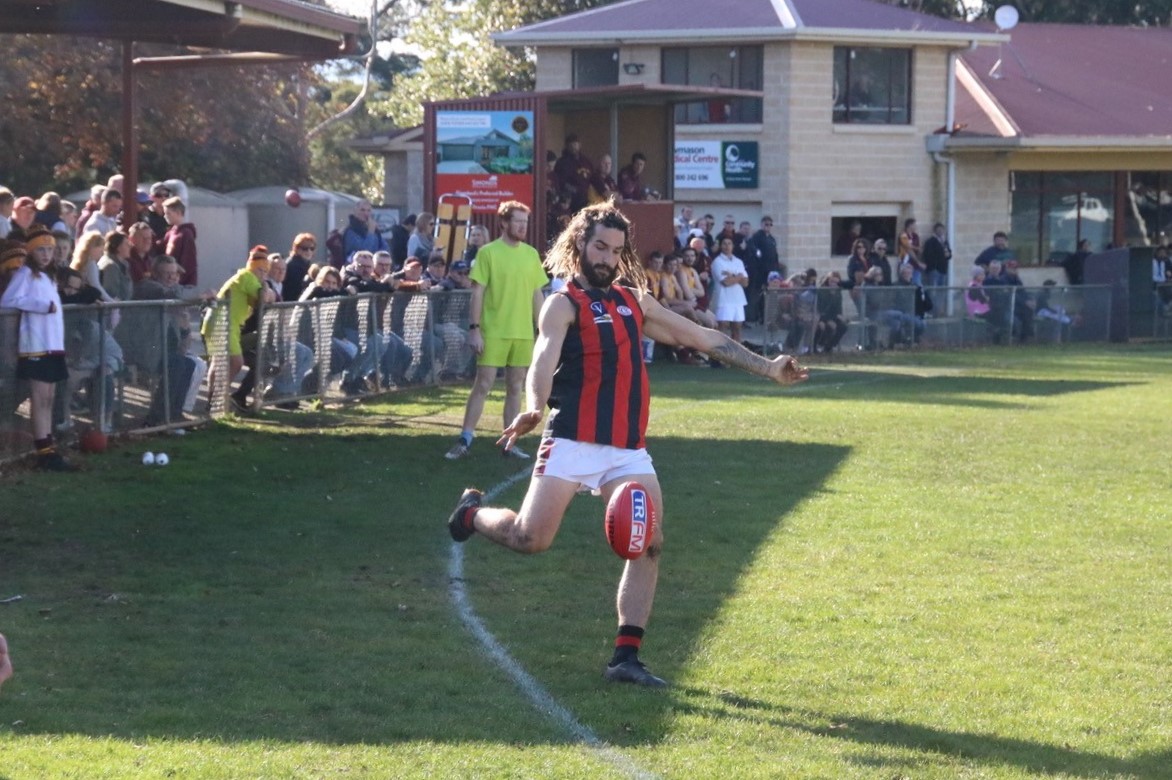 TEN goals from Brad Dessent propelled Sale to a 66-point victory over Wonthaggi on Saturday.

Dessent’s bag moved him to 31 goals, and the top of the league list.

Jack Allman and Will Leslie used the ball well to set-up scoring opportunities, while Cooper Whitehill was solid in defence.

The Magpies made a powerful start, kicking seven goals to one to lead by 36 points at quarter-time.

Five of the home team’s goals came from the boot of Dessent.

The Magpies kicked the next seven goals to lead by 68 points. A Lachlan Jones goal for the Power ended a run of 12 consecutive goals by Sale.

The rest of match was even, with the Magpies adding six goals to five, but the damage had been done.

Best players for the Power, which hasn’t won at Sale since 2010, were forwards Troy Harley and Tom Davey, and midfielders Fergus O’Connor and Aiden Lindsay.

AFTER being held goal-less in the first term, Drouin defeated Maffra by 38 points to move up to fourth spot on the ladder.

Maffra remains in second spot, with the Eagles, Moe and Drouin now only separated by percentage.

The Eagles received a boost with the return of forwards John Butcher and Andrew Petrou, and defender Sam Walker, but were without key backman Sam Pleming.

Joel Lambourn was the Eagles’ best performer, playing off half-back.

Maffra began strongly, kicking 3.4 in the first quarter while keeping the Hawks to just a behind.

Trailing by 21 points at quarter-time, the Hawks reduced the margin to 15 by the main break after kicking five goals to four during the second term.

The Hawks made their move during the third quarter, booting seven goals to two to take a 15-point advantage into the final term.

The momentum continued to swing in the home team’s favour during the final quarter, booting five major to two.

Liam Axford was superb for the Hawks in the midfield, and also drifted forward to kick three goals.

Axford and Chris Robinson made the most of Bob McCallum’s work in the ruck to wrestle control of play in the middle of the ground from the Eagles.

MOE defeated Leongatha for the first time since 2010.

The result saw the Parrots fall from fourth spot to fifth.

Little separated the sides throughout the match, although the Lions led at every change.

A seven-point quarter-time led became 10 at half-time and 17 at the final change. Both sides kicked goals in the final term, with the home side winning by 16 point.

BAIRNSDALE is outside the top five only on percentage after a four-point home victory over Warragul.

The Redlegs led by 20 points at three-quarter-time, but had to withstand a final term barrage from the Gulls to claim victory.

In the absence of league leading goal kicker Brayden McCarrey, best-on-ground Shaun Wyatt and Kieran Vickery kicked three goals each for the Redlegs. Ethan East was also impressive under pressure in defence.

Onballer Mitch Nobelius was integral to the Gulls’ comeback, while Ben Hughes finished with three goals.

TRARALGON moved to seventh spot on the ladder with victory over local rival Morwell.

Jackson Hall was solid in defence and Gavin Stephenson in the forward line for the Maroons, while Dan Musil stood-out at centre half-back for the Tigers, who have lost their past four matches to be in ninth place on the ladder.