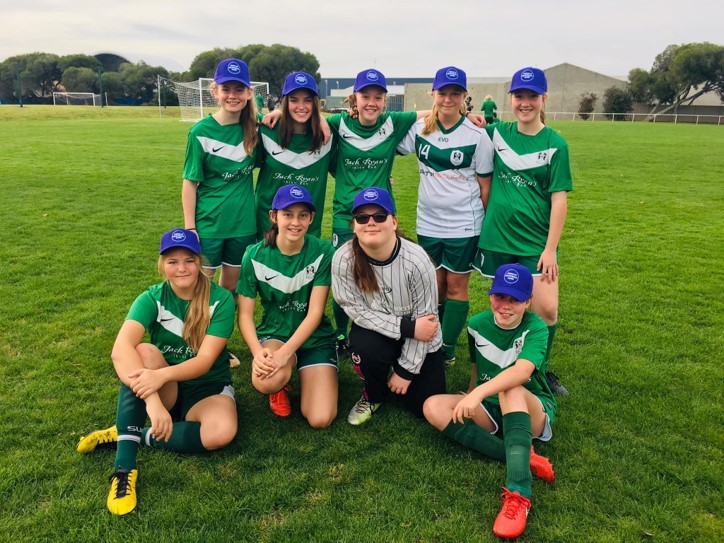 THE Sale United Football Club under 16 girls’ team has finally got a competition to play in for the rest of the 2019 season, after being granted permission by Football Victoria to head south to play in the neighbouring Gippsland Soccer League.

Following a meeting with Football Victoria two weeks ago, the decision was made to enter the Sale junior team into the GSL effective immediately, which will now see the Sale team play against sides from the Warragul, Leongatha and Phillip Island area.

In the lead up to the 2019 Latrobe Valley Soccer League season, the under 16 girls’ competition descended into high farce when only Sale United and East Gippsland United had enough numbers to field teams.

The situation left the Sale team in limbo for the past four months, after it was informed by the LVSL it would not be able to play in any competition unless it only played friendly games and filled the bye spot in the under 14 and under 16 boys’ teams fixture for no points.

The most logical solution appeared for Sale and East Gippsland to join the GSL, which the GSL was expecting back in April, but negotiations were halted by the LVSL, which felt such a move would jeopardise the integrity of its own competition.

The LVSL offered another proposal when it put forward the move to enter the under 16 girls into the under 14 boys’ competition, but because two rival clubs did not agree with this initiative the LVSL board decided to not go ahead with the option without giving member clubs a vote on the matter.

Sale and East Gippsland said they were more than happy to play in the under 14 boys’ competition as it would provide around 30 girls with an avenue for competition and a purpose to strive for after their work over the pre-season.

With the season now virtually over, the Sale team will at least still get the chance to play a few games for premiership points.

Sale United Football Club life member Darleen Richardson said under 16 coach Romi Bitar and junior coordinator Laurel Irvine had been working positively behind the scenes to get a successful outcome for the team to continue with their football aspirations to play competitively.

Richardson paid particular mentions to GSL administrative officer Trudi Mantell, who she said was a driving force to enable the outcome to occur.

The first game for Sale United in the GSL under 16 competition will be held tonight at Inverloch Soccer Club, where Sale will play against Drouin Dragons from 7.30pm.