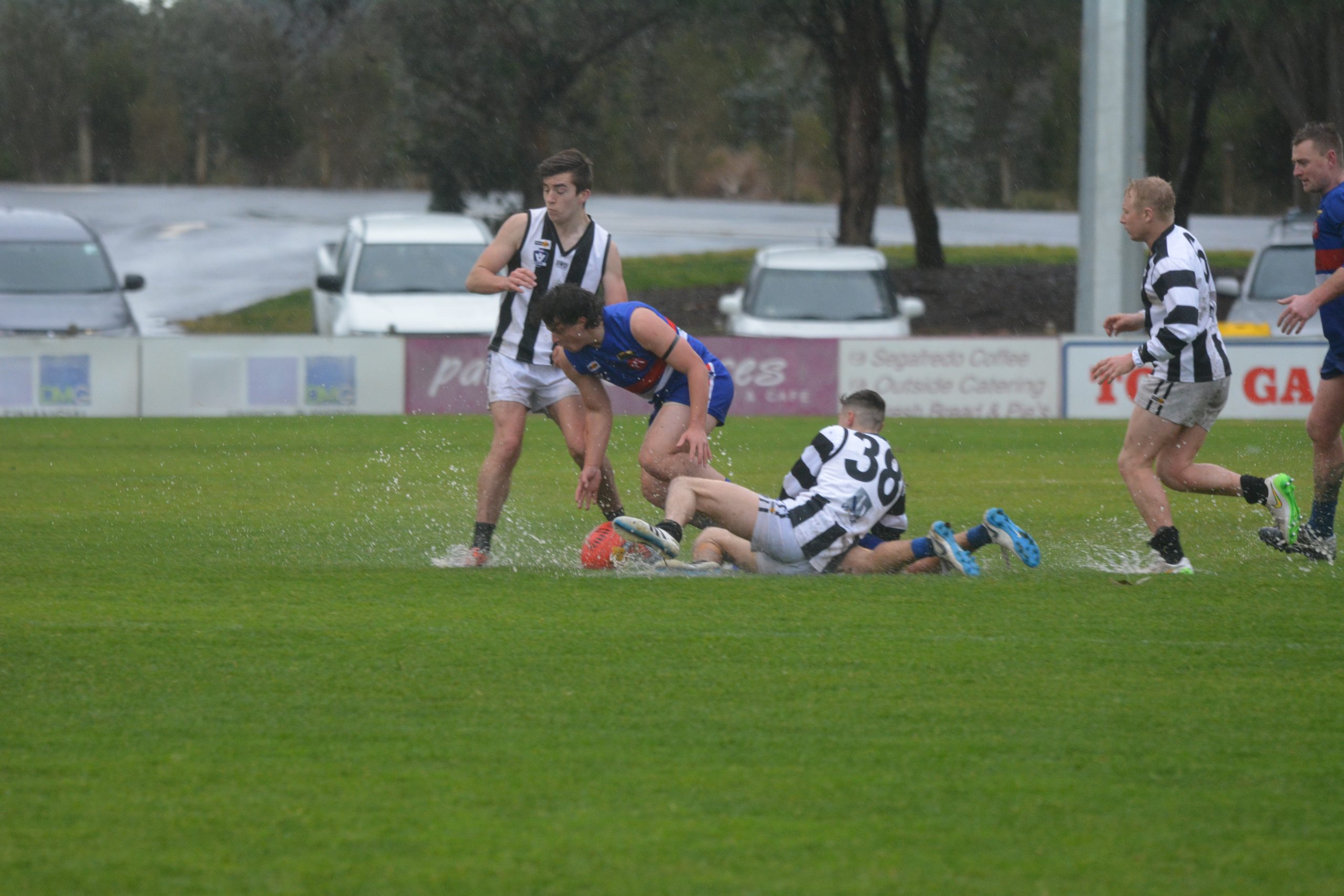 Bohdi Walker kicked five goals and Nick Grainger three in the 12.5 (77) to 4.4 (28) victory, which keep the Bulldogs in touch with the North Gippsland football top five.

The Bulldogs dominated early, kicking six goals to one in the first half to lead by 30 points at the main break.

The home side added three goals to one in both of the third and fourth terms to win by 49 points in a much-needed victory.

The Bulldogs were not troubled in the midfield, with Josh Tollner, Jacob Schuback, Elliot Hunt and Ben Chivers using the ball well in the wintry conditions.

Tom Bowman and Josh Barton were part of a near-impenetrable defence.

Jake Read and Ryan Chandler were the Magpies’ best players.

YARRAM kicked six goals to two in the second half to defeat Rosedale by 38 points.

The Blues missed the opportunity to bridge the gap between the second and third-placed teams on the North Gippsland football ladder on Saturday, as the Demons notched their 10th straight win with a 8.15 (63) to 4.1 (25) victory at home.

The teams were level at quarter-time, with the visitors more accurate in front of goal, booting two goals straight to the Demons’ 1.6.

The Demons edged ahead by half-time, kicking the only major to lead by seven points.

The Blues were again held goal-less during the third term, as Yarram added three to extend the margin to 30 by the final change of ends, a big lead on a wet day.

The Demons kicked three goals to two in the final quarter.

The Blues were best served by Matt Royal in attack, Sam Bristow in defence and midfielder Rohan Diamond.

HEYFIELD didn’t concede a goal as it defeated a hapless Gormandale by 99 points.

Scott Anderson was again solid at full back, but also drifted forward to kick a goal, while Trent Anderson and Dylan Patmore also made good contributions.

Joel Dinsdale and Jesse Jackway kicked three goals each as the Kangaroos kept their hold on fourth place.

While the results keeps the Bombers in fifth spot on the ladder, the Saints are now three games outside the top five with five rounds to play.

Guy Sinclair was best-on-ground for TTU, with Michael Duncan and Tim Aitken kicking two goals each.

The Cougars kicked five unanswered goals in the first quarter to lead by 32 at the break, but the Wildcats responded by booting six goals to three to reduce the margin to 13 at half-time.

Churchill’s five-goal to nil third quarter took the match away from the visitors, who trailed by 42 at the final change.