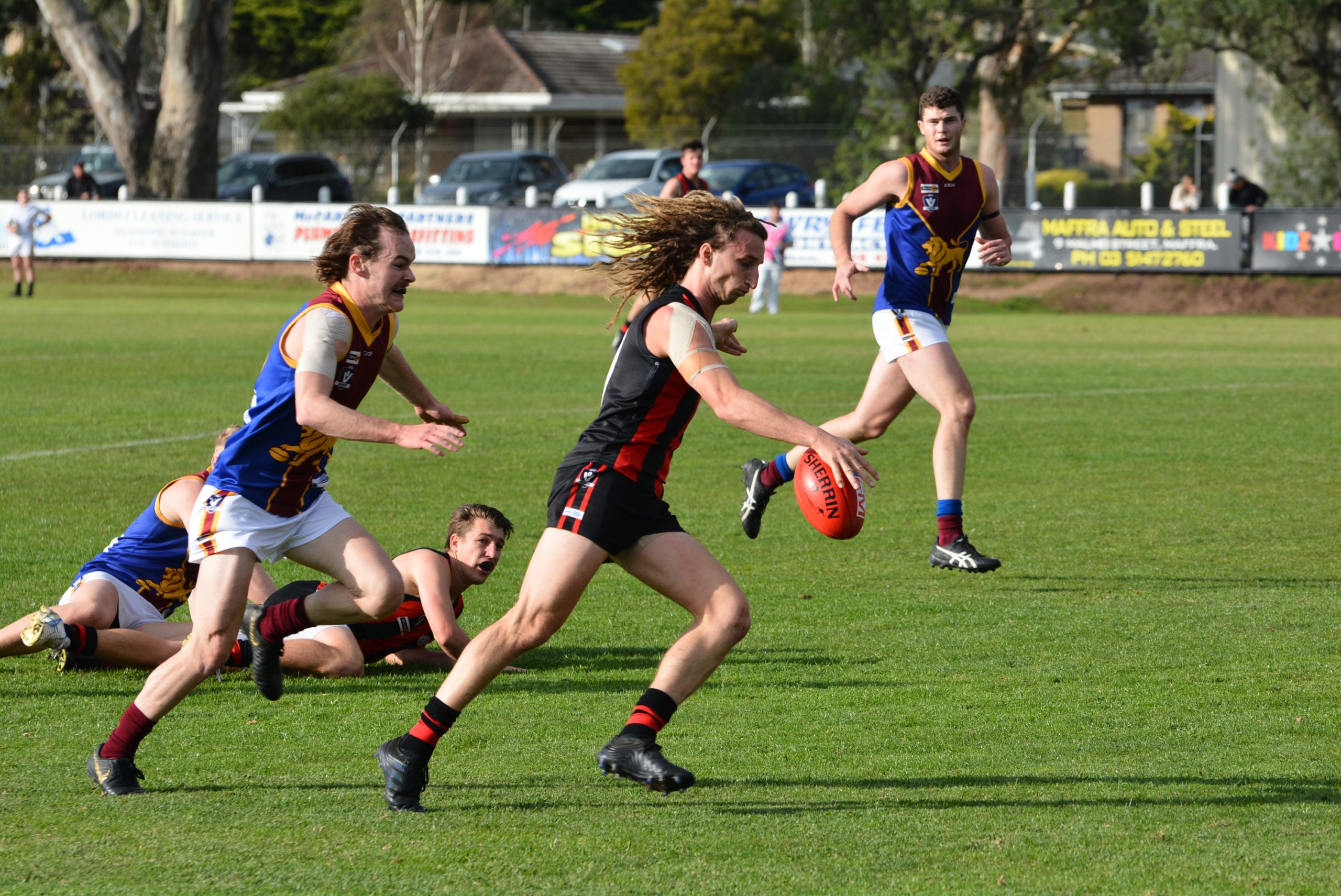 SATURDAY’S round of Gippsland League football could answer some questions.

Two matches will involve the top four teams, while the battle continues between four sides for the fifth spot in the finals with three rounds to play.

SALE can seal a top three spot, and the double chance during the finals which comes with it, if the Magpies defeat Leongatha at home.

After back-to-back losses, the Magpies have returned to winning form with consecutive victories over Drouin and Moe.

The Magpies are equal with Maffra on points, which the Eagles on top of the ladder with a percentage 22 points higher.

The Magpies’ performance over the first three quarters against Moe was impressive, but almost ruined their hard work in the final term. A 41-point three-quarter-time lead was whittled down to nine at the 20-minute mark of the fourth quarter.

That should provide plenty for the Sale brains trust to ponder ahead of Saturday’s match against a Leongatha side, which has won its past five matches.

The fourth-placed Parrots are only four points behind Moe in third, and are eying a top three spot. The following weekend’s match between the Lions and Parrots potentially has massive repercussions.

After missing much of the season because of injury, Tom Marriott is showing some of the form which saw him win the league best-and-fairest last year. Marriott and Luke Bowman are part of a strong midfield unit which will test the Magpies’ Mitch Dowse, Jordan Dessent and Kane Martin.

In-form Sale ruckman Jack Lipman will take on Ben Willis in which will be an interesting tussle.

In round seven at Leongatha, the Magpies won by 11 points.

MAFFRA’S bid to stay on top of the ladder takes it to Moe.

On top only on percentage, the Eagles can’t afford a slip-up over the final three rounds if they want to have the first week of the finals off.

After taking on the Lions, the Eagles will host a Drouin side still battling for a place in the finals, then play at Traralgon, with the Maroons looking to push their way into the top five.

Before its bye at the weekend, Maffra has won its past seven matches.

Moe had won seven matches in a row before losing to Sale at the weekend.

The Lions kicked only one goal for three quarters, then booted five in the final term, but left their run too late.

The Lions will need to begin better if they’re to be a chance of defeating the Eagles on Saturday.

Before last weekend, Moe’s previous loss was in round seven at Maffra, when the Eagles won by 33 points.

HAVING lost its past five matches, Drouin has a winnable match against Morwell.

The Hawks’ place in the finals has gone from stable to being on life support, and victory is no certainly, with Morwell coming off a victory over Warragul.

The Tigers are one of three sides – along with Traralgon and Bairnsdale – two wins behind the fifth-placed Drouin, and need to win their remaining three matches and hope the Hawks continue to struggle.

BAIRNSDALE must defeat Wonthaggi at home to stay in the finals race.

The Redlegs have won only one of their past seven matches, while ninthplaced Wonthaggi has had two weeks to enjoy its upset victory over Traralgon.

TRARALGON is in a similar situation to Morwell and Bairnsdale.

With two wins from their past three matches, the Maroons will host Warragul, which is on the bottom of the ladder.