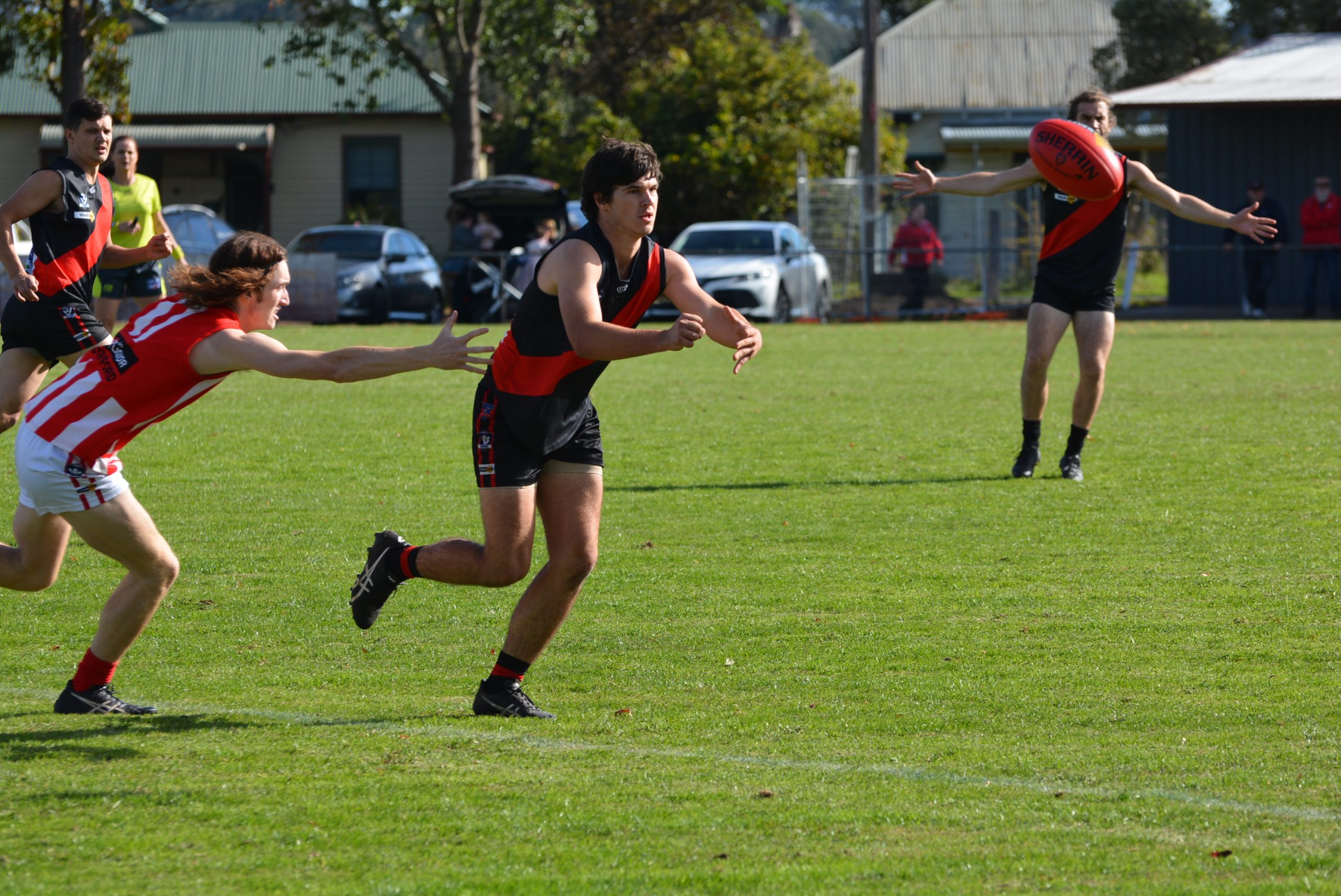 WHILE the fixture says there is four matches in East Gippsland football on Saturday, in the eyes of many spectators, there are only two.

The battle for two spots in the finals will intensify between Stratford, Wy Yung and Lucknow as all three look to consolidate their chances of taking their seasons into September.

The two teams with the most to play for in the next fortnight are Stratford and Lucknow, with a whole host of hypotheticals beset upon both teams. If the Swans do not win either of their remaining games, Lucknow will be in the box seat to replace them in the top four as it would more than likely defeat Orbost-Snowy Rovers in the final round.

If the Swans can scrape through in at least one of the final two games, Lucknow may need to defeat the Blues by more than 100 points to go ahead of Stratford on percentage to gain a place in the finals action.

FIRST and foremost, the Swans will travel to Boisdale on Saturday with victory front of mind.

While it has been plagued by inconsistencies this season, Stratford will feel that if it can do enough get into the finals, the Swans will be able to give the competition a real shake.

The Swans ran close to the Bombers in their 10 clash and led at three-quarter-time before Boisdale-Briagolong stormed home.

Stratford will be putting everything on the line on Saturday to ensure its premiership defence lives past the regular season.

Equally, the Bombers will know they can ill afford to drop a game so close to finals, with their recent two-game losing streak threatening to derail all of their early season dominance.

Boisdale-Briagolong will be looking to do its bit to kill off the likelihood of Stratford making finals, as it would probably prefer to play Lucknow, a team it accounted for by 36 points last week.

LUCKNOW will travel to Wy Yung and in an identical situation to Stratford, will be fighting desperately to secure the four points.

The Magpies’ winning streak was brought to an end by Boisdale-Briagolong last weekend, and the Magpies will not only be forced with the task of defeating the Tigers but will know in the back of their minds they will need to make up a sizeable percentage to overtake Stratford should the Swans fall short in their clash with the Bombers.

Wy Yung will be playing to finish third and cement itself in the finals, although a third place finish will not really matter as they are out of contention to receive a double chance.

If the Magpies lose, players, coaches and supporters will be frantically checking their phones to see the result of the Stratford and Boisdale-Briagolong game.

LINDENOW can go to the top of the ladder if it defeats Paynesville and Stratford topples Boisdale-Briagolong.

The Cats can also get their percentage close to the Bombers’ if they inflicts the Gulls with a 135-point loss, which may not be totally out of the question given Paynesville will more than likely be entering the match with low intent.

The Gulls have had an ordinary season, which has seen them suffer heavy defeats by teams ranked above them and then dished out similarly heavy defeats on teams below them.

Last week’s shellacking of Orbost-Snowy Rovers gave Paynesville its fifth win of the season, but it is hard to see the Gulls posting a follow up victory on Saturday.

THE battle of the cellar dwellers will see Orbost-Snowy Rovers and Lakes Entrance play each other.

Regardless of the result, neither side will move from their current ladder positions, although the Blues will sniff an opportunity to register that elusive first win of the season.

Orbost-Snowy Rovers would have been hoping for a better effort than the one it served up last week against Paynesville, but on its home deck this Saturday, has a golden opportunity to give the players, coaches and supporters who have stuck by the club for the entire season something to celebrate before the year comes to a close.