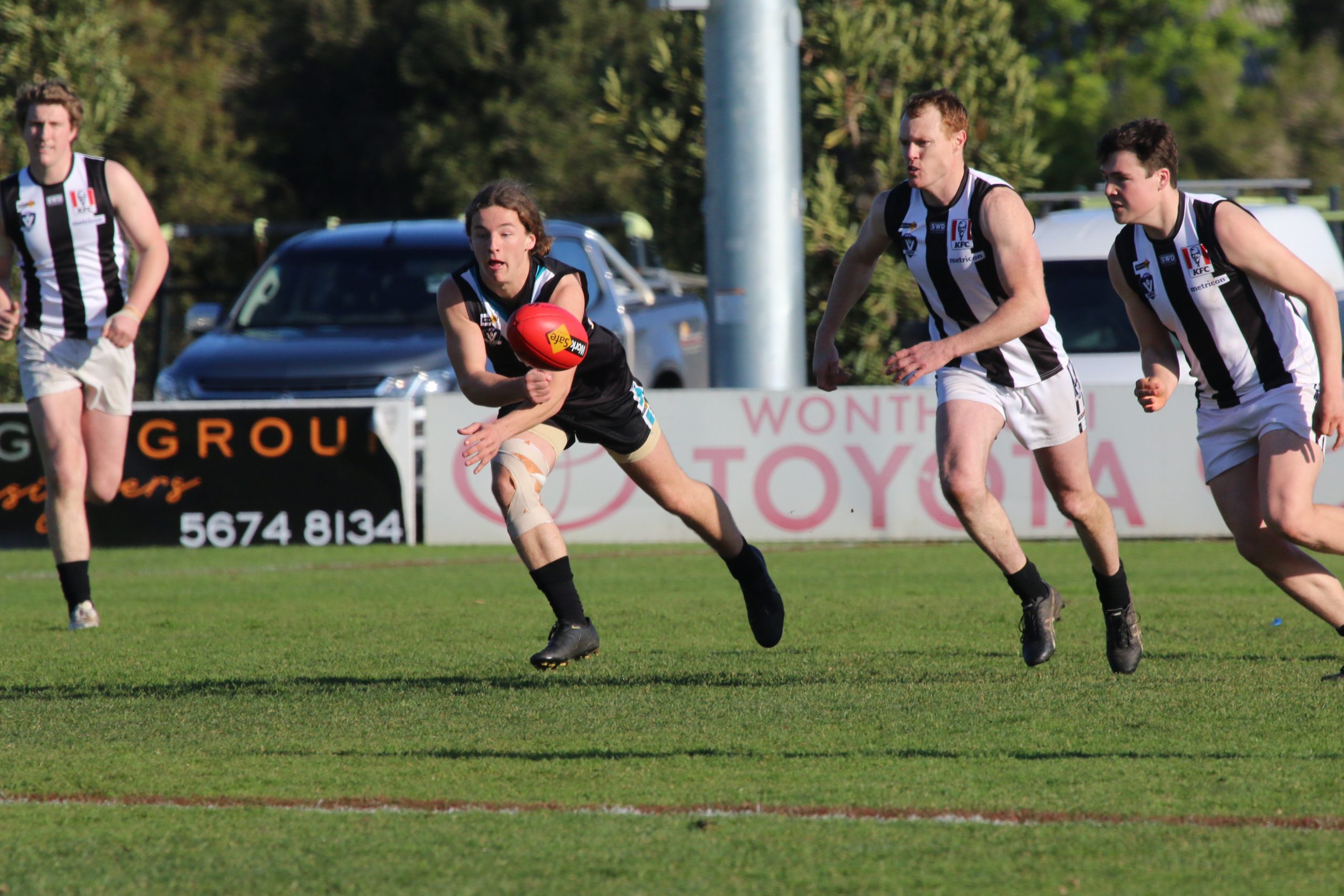 AN upset loss at Wonthaggi has seen Sale fall from second spot to third on the Gippsland League football ladder.

Before the Sale boys had time to settle in, Wonthaggi had two goals on the board, and a third not too much longer before Jack McLindin kicked the Magpies’ first major half-way through the first term. Another goal each saw the home side lead by 10 points at quarter-time.

The visitors began to pick up a gear in the second quarter, with Jack Lipman and then Daine McGuiness getting on top in the ruck, giving Sale fist use of the ball, kicking five goals to two for the quarter and taking a seven-point lead at half-time.

The third quarter was a different story, as Wonthaggi began to control the ball, using it efficiently and kicking accurately to its forwards, who marked and converted perfectly, kicking six goals straight, while keeping Sale goal-less to take a 26-point lead into the final change.

Sale seemed to lack a bit of spark and with each goal Wonthaggi kicked, the Power’s confidence grew in front of its home crowd.

Magpies coach Shane Fyfe asked his charges for a big effort in the final quarter, but the task proved too great, as Wonthaggi added two goals in the final term to Sale’s three to run out an 18-point winner.

Set to finish the season with the wooden spoon, the Power has won its past three matches and is now in eighth place on the ladder.

Captain Jordan Dessent was excellent all day in his 150th senior game for Sale, Jamie Sweeney and Mitch Dowse got plenty of the ball and Jack McLaren worked hard all day.

For the home side, Elliot Staley was best-on-ground with his three goals, Ben Eddy and Aiden Lindsay also played well.

Sale need to regroup now to take on Morwell in the final round this Saturday. A strong win should assure the Magpies of a top three finish and a qualifying final the following week.

LEONGATHA sent an ominous warning to the rest of the competition, thumping Moe by 114 points at home.

Leading by 26 points at quarter-time, the reigning premiers put the match out of the Lions’ reach when they kicked eight goals to two in the second term to lead by 63 at the main break.

The Parrots added nine goals to three in the second half.

BAIRNSDALE put Warragul in prime place to finish the season on the bottom of the ladder, after defeating the Gulls by 32 points.

Mark Collison, Connor Ambler and Zac Gray were the Maroons’ best players, while Dan Musil served the Tigers well in the ruck.