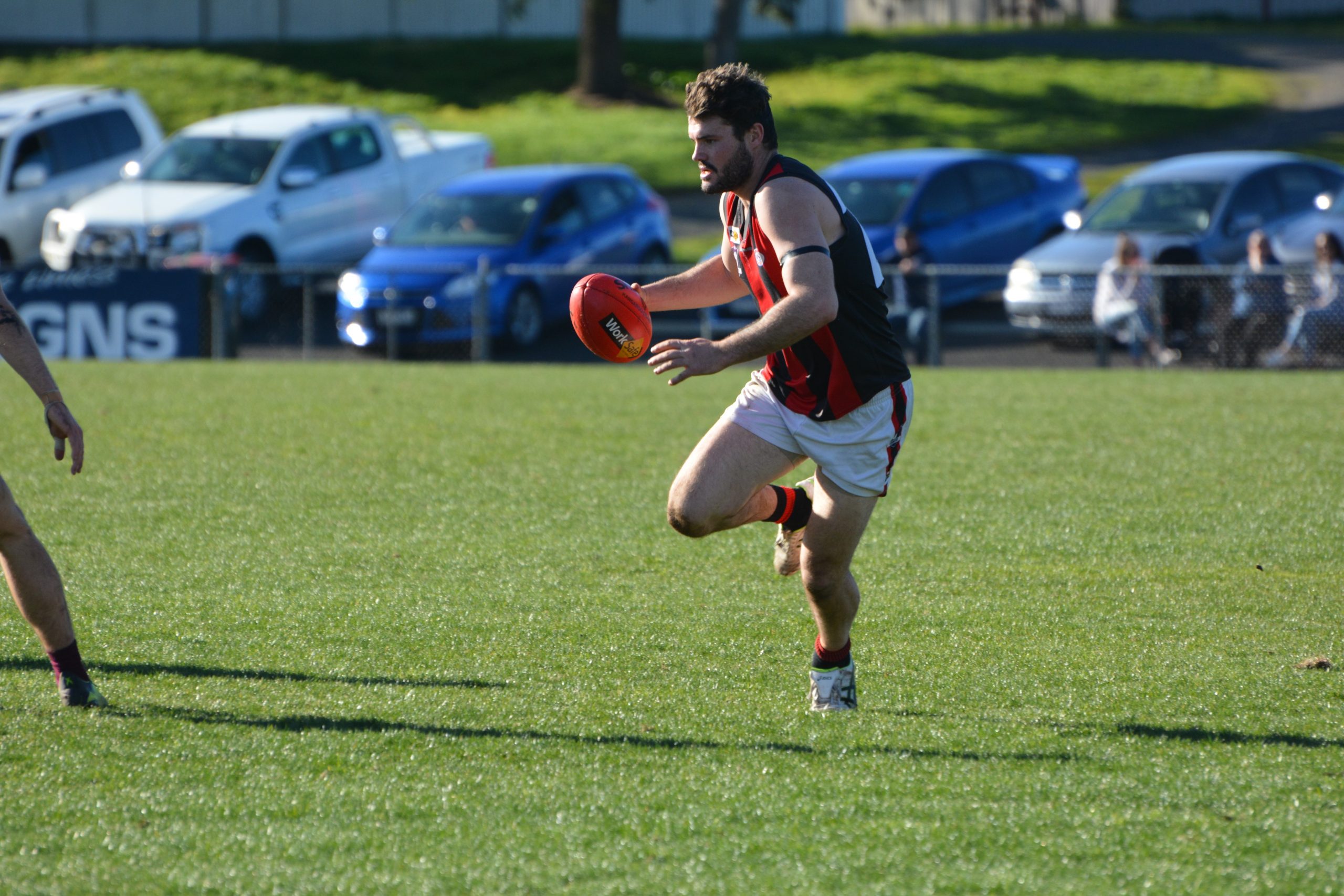 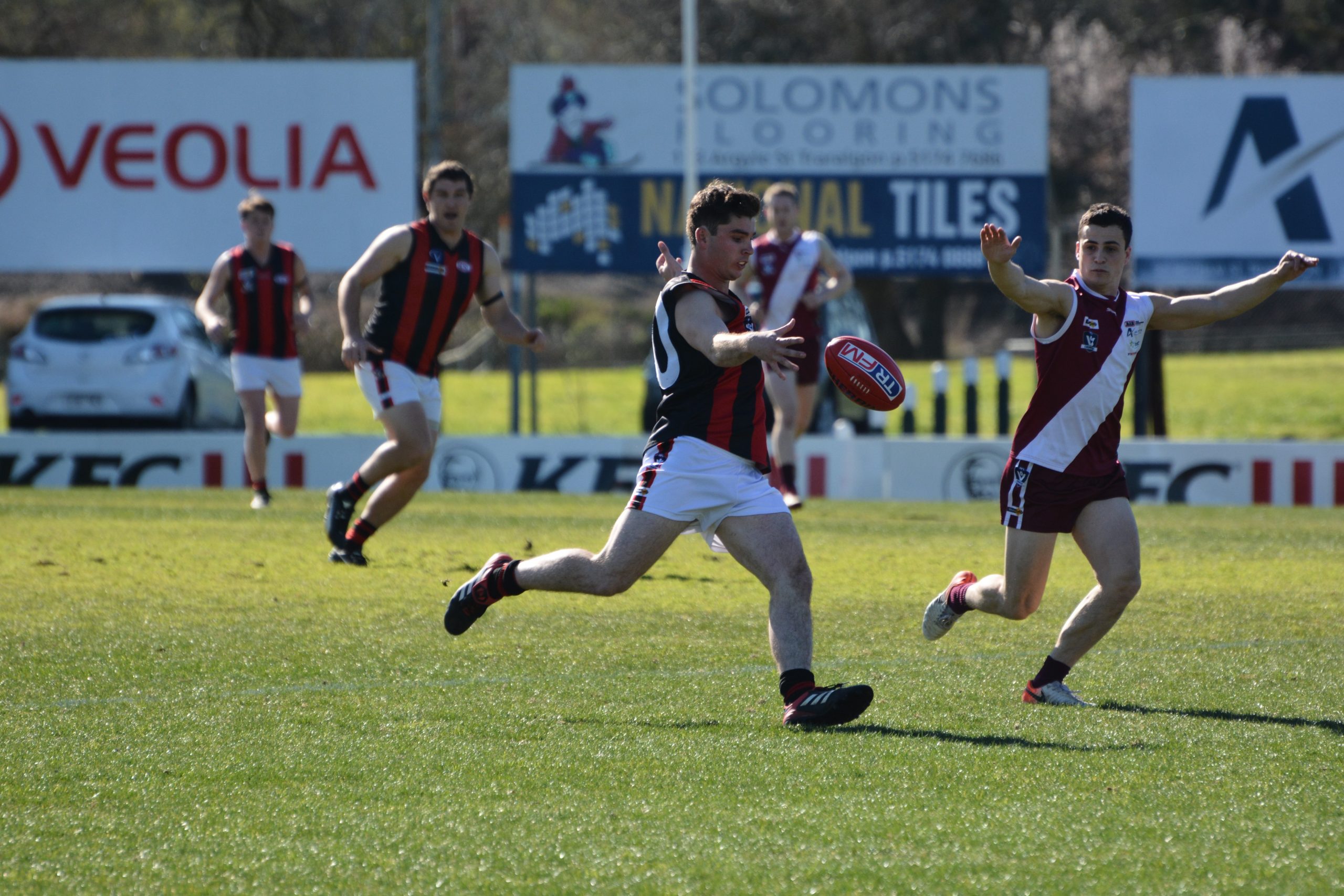 MAFFRA overcame errant kicking for goal, and a determined Traralgon side, to secure the Gippsland League football minor premiership.

The visitors should have had the match under control, but missed shots for goal prevented them from getting away on the scoreboard, providing an opening for the Maroons to get back into the contest.

Ed and Alex Carr, and Winston Gieschen used the ball well through the midfield.

In ideal conditions for football, the Eagles had the ascendancy at stoppages and weren’t giving the Maroons much room when they had the ball.

An intercept mark from Daniel O’Brien set-up the opening goal for Johnstone five minutes in.

Preventing the Maroons from clearing the ball from defence, the Eagles missed opportunities for goal.

The Eagles led by 16 points after Johnstone kicked his second goal in the eighth minute following a strong pack mark.

Three minutes later, Daniel Bedggood benefitted from a kind bounce and ran into an open goal to give the Eagles a 22-point lead.

When Johnstone kicked his third goal, it appeared the Eagles had taken the match away from the home side.

But a 50 metre penalty set-up Traralgon’s first goal for Jacob van Iwaarden. Haydn Hector then used the cross breeze to perfection to kick the Maroons’ second goal, and reduce the deficit to 21 points by the break.

The Eagles kicked 4.8 for the quarter, and should have led by more.

A goal from Bedggood was answered by Traralgon’s Max Luckie before Johnstone booted a major to put the Eagles 26 points ahead.

Goals from Sam Le Lievre and Josh Twite reduced the margin to 15 points, before Alex Carr’s major appeared to settle the Eagles. However, a goal from Mark Collision following another 50m penalty saw the Maroons trail by 14 points at the main break.

Maffra had the better of play to begin the third term, with Traralgon not setting the ball into its forward line for 16 minutes. During that time, Johnstone and Ben Brunt kicked goals to put the Eagles 28 points ahead.

However, the Maroons, with nothing to lose after missing the finals, finished the term with two goals to trail by 17 points ahead of the final change.

Maffra appeared to have snuffed out any hope of a Traralgon comeback after goals from Tom Jolly and Johnstone, but the Maroons wouldn’t go away.

Hector and Troy Forrest kicked goals for the hosts, who missed other chances to get closer.

The final siren went with Maffra 11 points in front, with a Dylan Loprese major afterward reducing the margin to seven points.

A NINE-goal to one first quarter set-up Leongatha’s 90-point win at Bairnsdale.

Trailing by 110 points at three-quarter-time, the Redlegs finished strongly, adding seven goals to three and a degree of respectability.

Luke Bowman led the way for the Parrots in the midfield, while Chris Dunne kicked four goals, with three each from Nick Nagel, Cameron and Cade Maskell.

MOE had to work hard to defeat Warragul at home by 12 points.

With scores level at three-quarter-time, the Gulls took the lead early in the final term before goals from Mitch Stanlake and Lachlan McLeod gave the Lions victory, 7.16 (58) to 7.4 (46).

The Lions will play Drouin in the elimination final this Sunday, while the Gulls finished the season with the wooden spoon.

WITH only eight wins this season, Drouin has limped into the finals. On Saturday, the Hawks lost to Wonthaggi at home by 34 points.

The Power won its final four matches of the season to finish in sixth place, only a win behind Drouin.