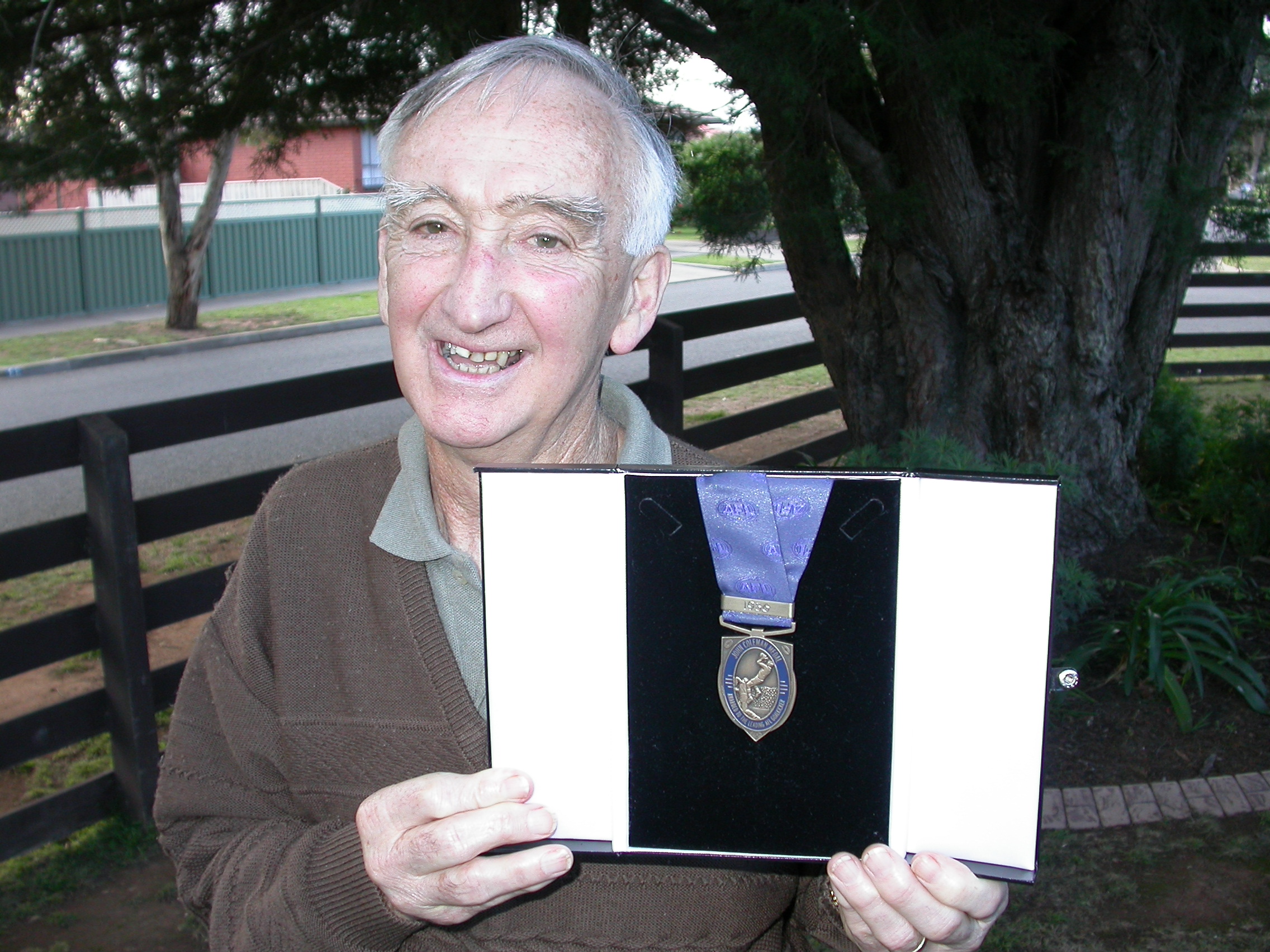 Young was best known for his footballing exploits, winning the VFL league goal kicking with St Kilda. He was also credited with being the first player to use the banana kick in the VFL, having perfected the kick during hours of practice in the paddocks.

Captain-coach at the time, Young kicked nine goals in the Swans’ 1955 grand final victory. A week later, the Swans defeated Hampden league premier Terang at the Junction Oval, which became Young’s home ground after being recruited by St Kilda for the next season.

Having gained the attention of VFL clubs North Melbourne, South Melbourne and Melbourne, and VFA club Moorabbin, Young didn’t try his luck in the city until 1956.

Weighing only 73 kilograms, Young’s performance in front of goal belied his slender build.

When the Stratford pub opened that year, Young was given the honour of having the first drink, a lemon squash.

The Saints won the night premiership in 1958 and Young represented Victoria in 1959.

Young did, however kicked 76 goals as captain-coach of Black Rock in the Federal league in 1962, before returning to St Kilda the next season to be assistant coach under Allan Jeans.

Young was also a talented cricketer, playing for St Kilda in the district competition, and also scoring 54 for a Victoria Country side against Len Hutton’s touring English side in 1954-55 at Yallourn. He was named as an opening batsman in the Sale-Maffra Cricket Association’s 50-year team in 2000.

Young’s funeral will be held Wednesday at St Paul’s Cathedral, Sale, from 12.30pm, before heading to the Stratford Lawn Cemetery.