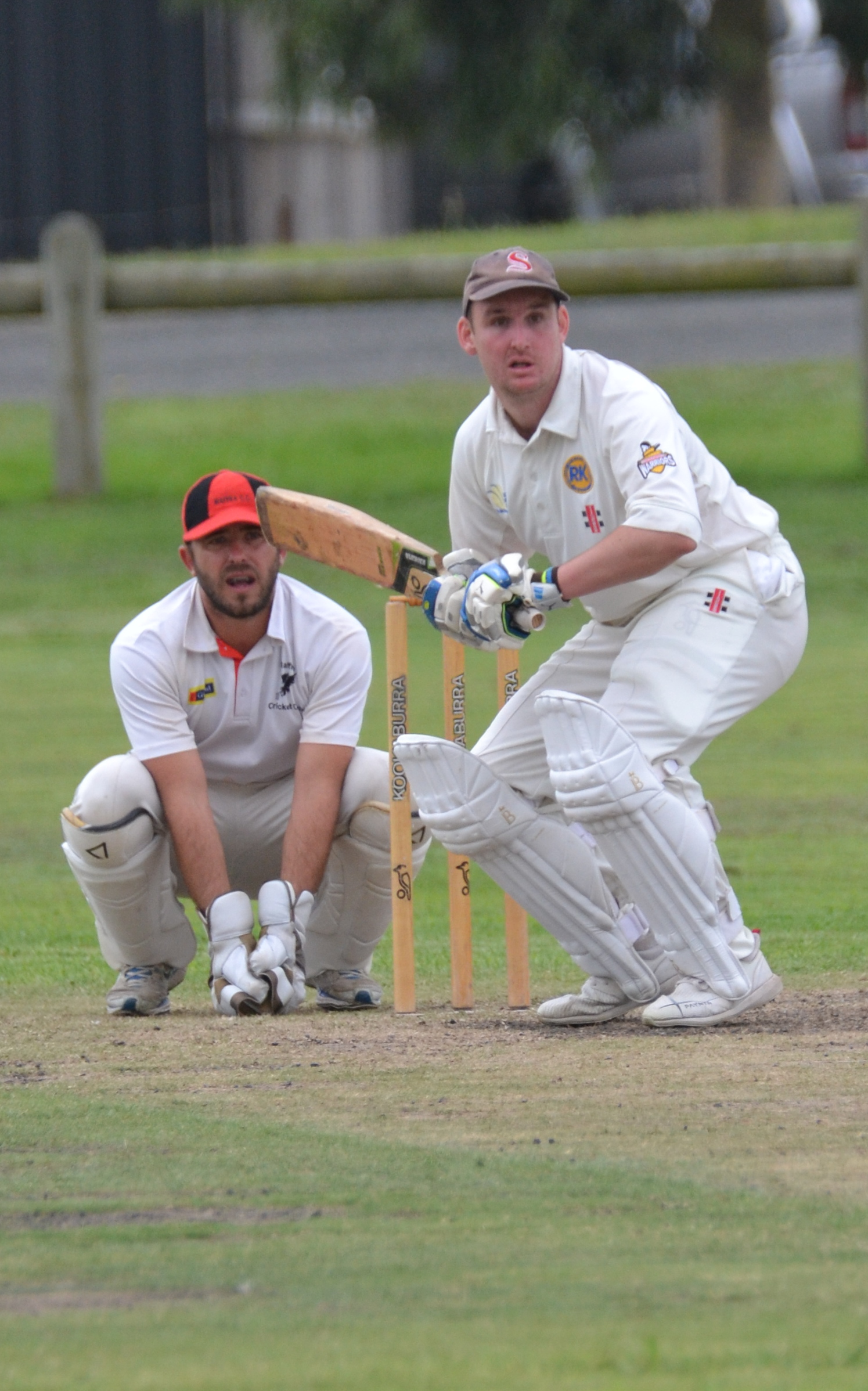 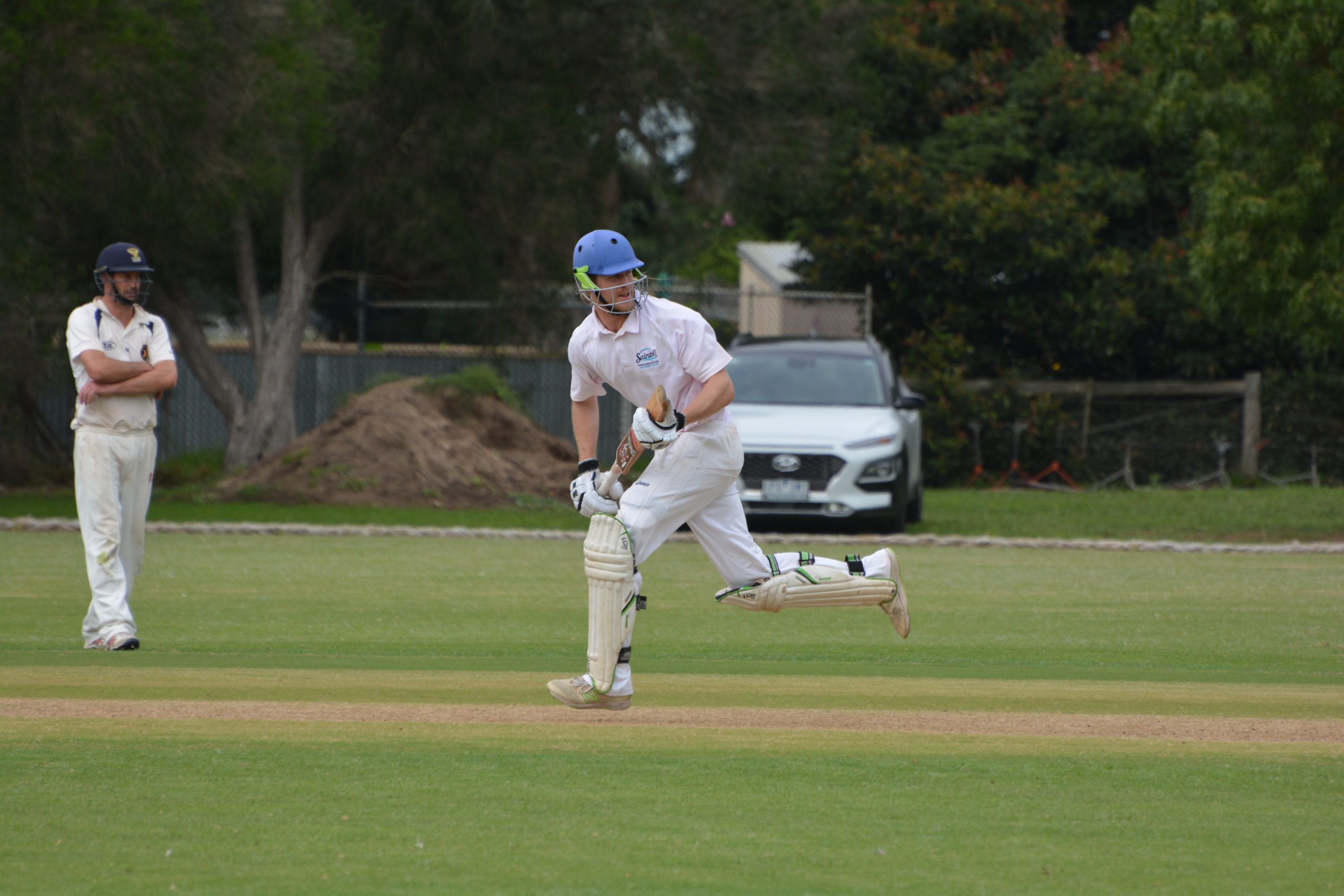 PLACES in the Sale-Maffra cricket finals were not confirmed until the final ball of the home-and-away season on Saturday.

With only two points separating second and fifth places on the ladder, it was heartbreak for Bundalaguah, which missed finals by the barest of margins. Collegians moved into fourth spot by just 0.051 of a per cent after an outright victory over Longford.

Collegians will play minor premier Sale in one semi-final next weekend, with Stratford hosting Rosedale-Kilmany in the other.

COLLEGIANS had to overcome a determined second innings effort by Longford to secured the maximum 10 points.

Leading by 71 runs, Collegians opted to bat again, and declared at 1-80 from just seven overs. Adrian Burgiel whacked three sixes in his 19-ball 32, and fellow opener Zac Hurley smashed just as many maximums in a 16-ball stay at the crease which yielded 37.

With a 151-run lead, Collegians had 55 overs to bowl Longford out a second time. Things began promisingly for the visitors, as Mark Nicholls snared the opening wicket.

Lachlan Cunningham and Richard Bell then put on 64 for the second wicket for the Lizards. Cunningham departed for a fighting 34, and with the score 2-90, Collegians only had 20 overs to take eight wickets.

Veteran seamer Stuart Anderson found the key breakthrough, knocking over Bell for 53 to begin the collapse.

Collegians’ seven overs of mayhem gave the side the percentage boost it needed to break into the top four.

ROSEDALE-KILMANY also sealed a finals berth with an outright victory.

The Warriors would have missed the play-offs if it only won on first innings, meaning they had no choice but to go for an outright against Maffra.

This also kept Maffra in the race, with the Eagles making the finals if they claimed a reverse-outright.

Rosedale-Kilmany secured a 28-run lead after the first innings. Rohan Diamond and Michael Walters were the top scorers, each making 27.

With the game still set-up for either side to win, Maffra did its best to force a tricky run chase for the Warriors.

Maffra was a sneaky chance when it reduced the Warriors to 3-34, with Diamond departing for a third ball globe. However, Brad Scott and Walters got Rosedale-Kilmany home and sent it to the finals.

Walters faced 105 balls in his match-winning knock of 37, while Josh Davis took 2-7 for Maffra.

BUNDALAGUAH’S crushing defeat of Boisdale-Briagolong would not have been celebrated in the Bulls’ paddock after finding out the result of other matches.

After posting 9-261 the week prior, Bundalaguah bowled the Saints out for 131.

The next highest score was Steve Noble, who hung around and made 35 at the top of the order.

After being reduced to 3-8, the sting was taken out of the contest. Four ducks on the Boisdale-Briagolong card showed a team desperate to see the end of the season.

The internationals shone for Bundalaguah with the ball, as Italian Gayashan Munsinghe took 5-25 and South African Cloete Buitendag nabbed 3-43.

Bundalaguah enforced the follow-on, but Boisdale-Briagolong saw out 21 overs to finish at 1-53. Leeds remained not out 30 the second time around.

IN arguably its more complete performance of the season, Stratford secured a home final with a commanding win over Sale.

The Redbacks’ backed up their efforts in the first week, easily defending their total of 7-277.

Opening bowlers Jonny Lash and Jack Wrigglesworth reduced the Swans to 3-16 early, from which point Sale was facing an uphill battle.

Captain Rohan Blandford got to 30 before getting out, which triggered another collapse, as Sale fell to 6-65.

Number eight batsman Ben Jones got some respectability on the scoreboard with an innings of 47, but Sale was never really in the hunt and was bowled out for 132. Lash (3-27) and Simon Williams (2-10) were effective, while Wrigglesworth claimed 4-47 to go with 86 not out with the bat on day one.

Despite losing convincingly, Sale may take some strong mental notes into the first final, and hope it is better for the experience.

The Swans opted to bowl first last week after winning the toss, purely because it felt it may be put into the same position if it loses a toss in a final and has to bowl first.