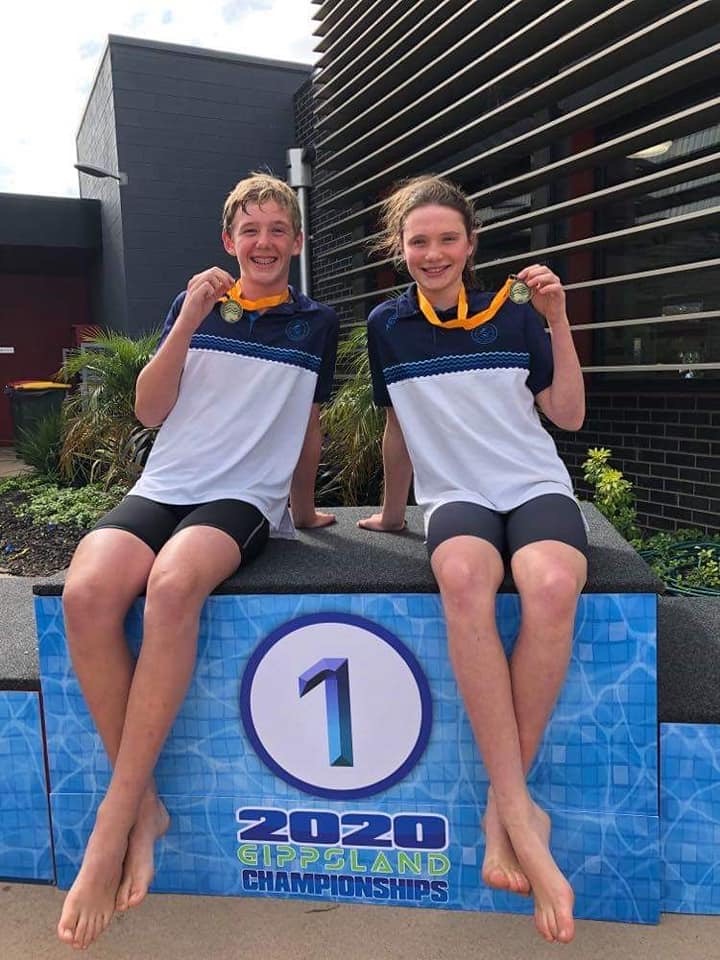 The event was held at Warragul over the long weekend.

Mathew Canfield won the boys’ eight and under 50m backstroke.

Tavasci joined Charlie Price, Stella Whitford and Tara Dihood to finished third in the girls’ 12 and under 4x50m medley and freestyle relays.

Price qualified for the finals of the girls’ 11-12 100m freestyle and backstroke, and 12 and under 200m freestyle.

Zayden Burton claimed silver in the boys’ 11 and under 50m backstroke and bronze in the 200m IM. He also reached the final of the boys’ 9-10 50m freestyle.

Bronze medals were collected by Tony Anderson in the men’s 35 and over 50m freestyle.

Kiana Wedlock, Tamiecka Ross, Hannah Shepherd and Payge Van Ekeren reached the finals of the girls’ 16 and under freestyle and medley relays.

In the boys’ 12 and under section, Zayden Burton, Teddy Ripper, Jack McGrath and Henry Noble made the final of the freestyle and medley relays.

Burton, Ripper and Noble were joined by Blake Vine to make the final of the boys’ 14 and under medley relay.